A New Dawn for Gocompare.com via Fold7 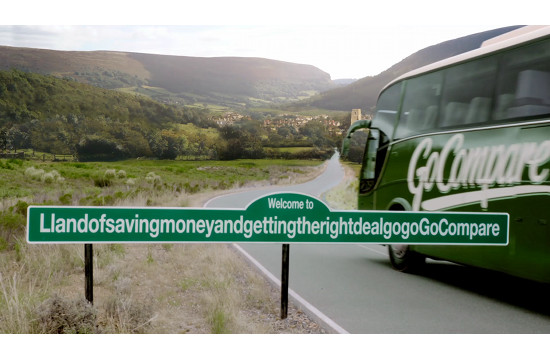 The latest ad campaign for price comparison site, Gocompare.com, created by Fold7, is due to launch on New Year’s Day.

The campaign will herald a new dawn for the brand whose previous advertising has divided the nation with their larger than life character Gio Compario.

A segue ad, designed to tease the new campaign, launched on Christmas Day in a primetime spot during Downton Abbey.

Gocompare.com appointed advertising agency Fold7 in November following a competitive pitch. The brief to the new agency focused on shifting consumer perception of the brand and driving reappraisal of its services, namely the huge range of comparisons available on the site from car insurance and credit cards to utilities and home insurance.

The multi-million pound campaign will take the brand in a new direction and will run across TV, radio, outdoor and online. A series of executions will roll-out throughout 2014.

Ryan Newey, Fold7 Founder, added: "We have had so much fun with this client. They are a great team of people with a genuinely great product. Like them or not, their previous campaigns have done a fantastic job of getting the brand into the psyche of the nation, but it’s time to move on. The new campaign will invite consumers into the world of Gocompare.com, quite literally!”

Kevin Hughes, Chief Marketing Officer, Gocompare.com said: “We’re very excited by the forthcoming launch of the new campaign. We think Gocompare.com works harder for consumers than any other comparison site and we wanted a campaign that would help us communicate that message in an entertaining way.’’

“We've introduced a number of new initiatives in recent months, for example, our exclusive partnership with independent financial research company, Defaqto, means that customers can compare up to an additional 30 features on their car, home and pet insurance. Improvements such as this will be a focal point of the new campaign which will invite our customers into the world of Gocompare.com to see just how hard we work to help them find the right product, at the right price.’’

“We know that people will be keen to see what happens to Gio next. The new campaign will firmly position him as the legend that we all know him to be, but will also see the introduction of new characters enabling us to convey aspects of the Gocompare.com service that differentiate the brand still further.”