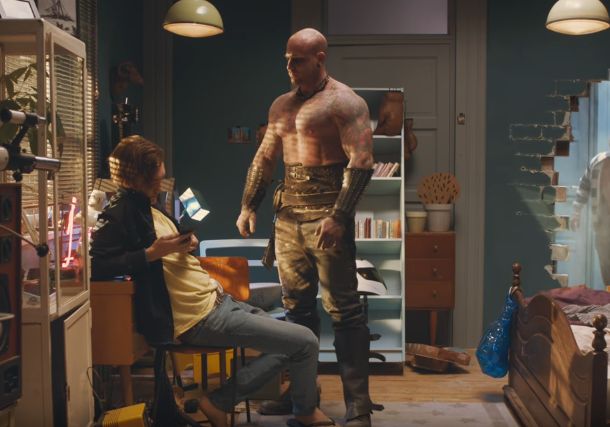 In its latest campaign, Sparkasse, Germany’s oldest and best-known bank, is using a chatbot that explores the boundaries of what is feasible like never before. The mobile campaign, developed by Jung von Matt/Spree, promotes the 'Kwitt' app feature, with which people can simply send money from one mobile phone to another.

The focus is on a muscle-bound colossus. Users can get in touch with him via a Facebook Messenger chatbot, book his services, and create and share one of countless personalised videos. For example, the muscleman vocally reminds a friend of outstanding debts and even breaks through walls to do so.

“The world in which our target group moves is characterised by technological innovations and a love of entertainment in the classic sense,” says Silke Lehm, head of marketing communication at the Deutscher Sparkassen- und Giroverband (German Savings Banks Association, DSGV). “And the campaign has managed to combine storytelling with new technological possibilities,” adds Till Eckel, head of creation at Jung von Matt/Spree.

The campaign will be launched from February with a 50-second web film and various Facebook and online formats that direct users to the messenger chatbot and link to the campaign website, where the app feature can also be downloaded. During the summer, the colossus can then be seen in movie theatres, during commercial breaks on TV, and in various print media.