A Mother Daydreams of Ballerinas for Goya 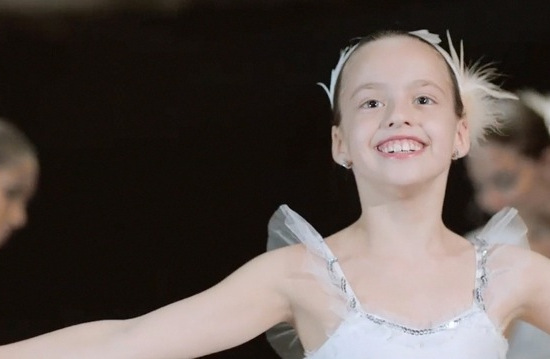 Los Angeles/Buenos Aires-based Nunchaku director Nico Kasakoff transforms an average little girl into a seasoned dancer in the charming :30 “Ballerina” for Goya out of Dieste. The spot features a daydreaming mother who sees her daughter reaching for a can of Goya beans on her tiptoes and re-imagines her a prima ballerina on a grand stage.

To make a splash for Dieste’s debut campaign for Goya, Kasakoff worked closely with the agency’s creative team to craft unique and relatable stories. To bring the concept of moms envisioning grandeur destinies for their children to life, Kasakoff paid careful attention to casting, ensuring that he cast actors with effortless and genuine maternal qualities for the mothers and talented children to fill the range of intended characters. Over the three-day shoot, Kasakoff worked with the actors to inspire nuanced and engaging moments that would leverage the campaign’s humour to deliver the message of Goya’s healthful and tasty products that make both moms and kids happy.

Notes Kasakoff, “It was enriching again to collaborate with Ciro and the Dieste team. This certainly inspired us to keep our motivations high in the pursuit of quality, and we were lucky to have a creative and collaborative team that made the campaign even better as we worked on set.” Adds Nunchaku Executive Producer Leda Nasio, “Unity, determination, hard work and passion was our formula, and when there is great teamwork and collaboration, wonderful things can be achieved, such as this beautiful Goya campaign.”

Notes Dieste Executive Creative Director Ciro Sarmiento, “This was the first campaign we ever created for our Goya client since we won the business a couple of months ago. We required higher standards and knew that Nico and Nunchaku were the perfect fit for this. Nico is the type of director who can drive viewers to compelling stories and to interesting characters, the kind of person who enriches the creative process, from the advertising agency to the talent on set. We feel nothing but pride for the final product.”

Kasakoff and Nunchaku have established themselves as the go-to director/production company team for Hispanic market branded content.  It’s been said that the Hispanic population will reach approximately $1.5 trillion in total spending by 2015, and overall, multicultural segments Stateside are greatly influencing the total market.  For example, in 10 years it is expected that more than 60% of all U.S. teens will be Hispanic—teens are a momentous driver of societal change.