A Message for the Human Race

Heckler & Republic of Everyone give an orangutan her voice 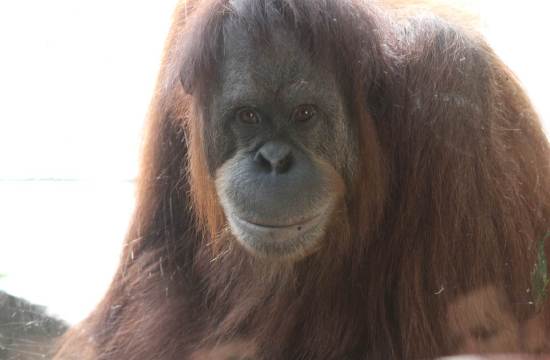 The latest campaign for Zoos Victoria via Republic of Everyone stars Melbourne Zoo’s famous Kiani, an orang-utan who delivers a direct and poignant message to the human race. Airing this week the TVC is voiced by Sigrid Thornton and with Heckler’s VFX and 3D bringing the deceptively simple creative concept to life, the result is a clear and compelling statement.
Ben Akers, Creative Director from the Republic of Everyone said the brief had been simple.

“We were asked to educate people that the products they buy everyday contain palm oil, which in its harvesting is destroying the natural habitat of orang-utans – and many other animals,” he said.

“Zoos Victoria has a passionate education program called Don’t Palm Us Off and Zoopermarket for consumers – that asks people to contact the manufacturers and switch to sustainable palm oil. Our goal is that ask. We want 300,000 people to tell the brands to stop abusing our trust and stop destroying the rainforest.”

The creative approach was also simple and straightforward. “We gave Kiani – a young working mum in Melbourne Zoo – a voice,” he said. “We let her say what she would say if we could speak her language. She has a message for the human race. Sigrid Thornton agreed to bring her words to life and between the two, the speech was born.”

Director Al Moore said 80 per cent of his work related to environmental issues. The self-described eco-anarchist said his aim was to express the anger and grief of the deforestation of the orang-utan’s habitat in a calm and dignified way.

“My role is to make the hard facts and science palatable to the mainstream media and global audience, “ he said. “The info is often dense, dry and depressing and I take pride in communicating it in an enticing manner.”

It wasn’t possible for the film crew to have physical contact with Kiani so this led Moore to an observational-style shoot, letting the emotion of the subject rise to the surface with natural reactions and eye focus dictating the flow of shots. Moore was also both director and editor on the project.

“We managed to get two amazing moments of in-camera lip sync and the final shot of Kiani backing away that you could never of staged. She literally never came back to the camera after that last shot. Like all good stars she dictated when it was time to wrap.”

Head of 3D at Heckler, Mick Watson said the message was serious and sombre and they had needed to create empathy to deliver an appeal that would change people’s behavior. He also acknowledged that talking animals were not new yet still an evolving artform.

“There are a number of examples of animals delivering human speech,” he said. “However despite the similarities between orang-utans and humans, the mouths of both are distinct in shape and movement. The foremost challenge for us was balancing the right amount of movement, through the dialogue, with correct mouth shapes, whilst retaining both orang-utan and human authenticity.” 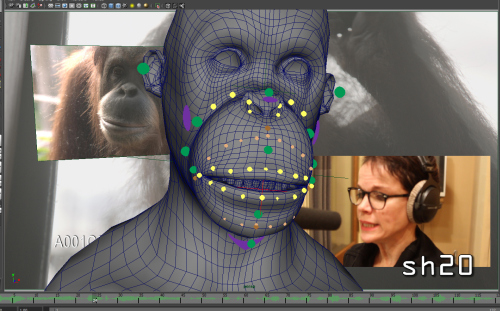 Kiana was filmed in her enclosure, through glass, large in frame, on a freely moving camera, with a zoom lens and shallow depth of focus. The team then filmed Sigrid Thornton delivering her voiceover as a reference for the animators. Once the edit was completed and cut together with the audio, the team positioned the CG orang-utan head, frame by frame, into the live action shots.

The animators began with takes of Thornton’s monologue, before refining the movements, adding orang-utan characteristics to the lips and using the human movement as a base to work from.
The filming style did pose challenges for the post team. With a zoom lens through glass and shallow depth of focus meant much of the information usually gathered on set, such as distances, lens height and angle, was nonexistent.

“Whilst this added a level of difficulty to our process, it was crucial in allowing the DOP and the director, the freedom to really concentrate on getting the best possible shots needed for the project, without being hindered by having to consider the post process unnecessarily,” Watson concluded.

Amidst the many painstaking techniques used - a vast array of software including Maya, Nuke, Mudbox, Yeti, Vray, Mari and Premiere making up the kit - many original eye movements were adjusted, in the moments that Kiana had looked away from camera, to make her performance more confronting as she held the gaze of the audience.

Jacquie O’Brien from Zoos Victoria said that the finished product had more than met expectations. “We have always said that the orang-utans at Melbourne Zoo are ambassadors for their wild cousins,” she said. “They have a central role to play in solving the palm oil problem and this commercial shows how powerful their role really is.”