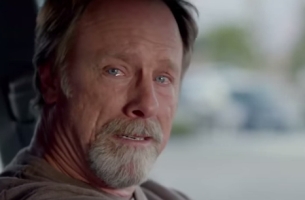 Toyota’s Super Bowl efforts launched two weeks ago with the debut of the "To Be a Dad" online videos that recognize and celebrate dads and the bold choices they make daily for their children and lives.

A week later Toyota unveiled "How Great I Am" starring Paralympic medalist and Dancing with the Stars finalist Amy Purdy, and announced that the spot would be the first of two airing in today's game.  The voice of the legendary Muhammad Ali is heard throughout the spot that showcases Purdy snowboarding, dancing and living her bold life.

Finally, Toyota last night premiered "My Bold Dad," which showcases another dad with his daughter, and echoes the message of a lifetime of bold decisions.

Toyota's campaign leading up to and including game day encouraged viewers to tweet up to four photos of their bold dads using #OneBoldChoice, and also included support across multiple platforms including targeted social efforts on Facebook and Twitter, streaming on NBC.com and Mun2.tv., and bilingual broadcasts on Mun2 during the game.