Omelettes or pancakes - which will you choose? 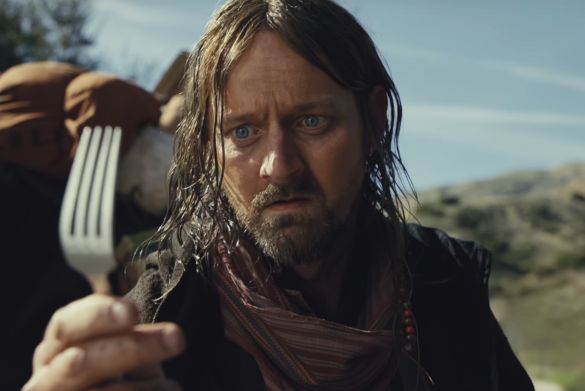 Droga5 New York has followed up on its 'Pilots' ad for IHOP with their latest spot 'The Wanderer'.

The spot opens on a mysterious Wanderer and his trusty steed as he discovers a literal fork in the road. We come to find that the Wanderer is on a quest for breakfast and the fork in the road is forcing him to choose between pancakes or omelettes. Which way to go? He struggles deeply with this quandary until he’s abruptly rescued by an innocent bystander who informs him that he could just go to IHOP where “they have all kinds of omelettes that come with pancakes,” so he doesn’t have to choose. He further assists the Wanderer by pointing out the nearest IHOP, which has been directly across the street the entire time.

The campaign was created based on the consumer insight that the combination of omelettes plus pancakes (sweet and savoury) was very motivating for customers. Additionally, the spot was shot with director, David Shafei, and production company, World War Seven.

The 30-second and 15-second cuts of the “Wanderer” spot will run on TV across the US, while the long-form will run online and across social channels. The campaign will be further supported through radio, digital and social media activations that echo the commercial’s irreverent and eccentric tone and reinforce the message that no one need ever choose because all IHOP’s omelettes comes with a side of pancakes.