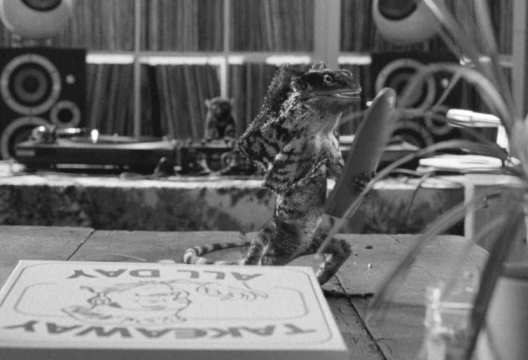 This weekend saw the launch of first direct’s new fully integrated brand campaign which will run across TV, social and digital media and builds on the success of the bank’s award winning ‘Barry the talking platypus’ ads.

Created by JWT London, the campaign launched with a series of 10 second teaser TV slots and social media on 17 September with the 30 second TV commercial airing on 21 September. It will run in the UK through to November.

The creative is based around the story of Little Frill, an easily disgruntled but endearing frilled lizard who finds frustration in everyday situations of poor customer service: the antidote to which is first direct. Little Frill will also have his own twitter presence and ‘Little Frill’s Fridge’ a campaign hub that includes a video game insight into his everyday life.

He’s a great advocate for customer service and you can’t help but connect with him as he gets his ‘frills’ up when everyday life situations frustrate him.

“The unexpected tone of our Barry the platypus ads really resonated with our target audience and this latest character will build on that awareness. We’ve also developed Little Frill’s social voice and content opportunities to broaden the campaign reach.”

The campaign has been brought together by JWT, We Are Social, Nice, MPC and Mindshare.