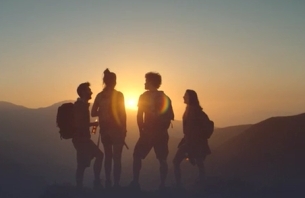 The 'Dear Summer' TV ad campaign, part of Constellation Brand’s overarching summer campaign 'Always Summer', features the fictional character 'Winter' talking to 'Summer' about all the things that make the summer season great. In the spots, Winter is portrayed as the frosty old season jealous of Summer's relationship with the sun, its clothes, its outdoor activities and its music. But as Winter states in the spots, all of that pales in comparison to Summer having its very own beer: Corona Extra. So what’s Winter to do, when it’s destined to shiver in someone else’s shadow? It writes a series of personal letters to Summer to finally get everything off its chest.

Starting with TV spots launching from June 1, and continuing with a series of social-media films, banners and radio ads to run in the coming weeks, the Corona Extra “Dear Summer” campaign is a graceful tribute those things that just like Corona itself, are “Always Summer.”