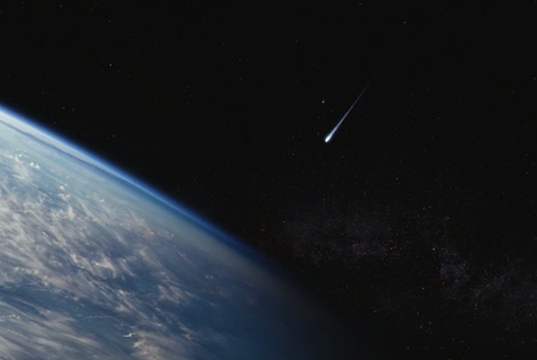 In Audi TTS’s latest campaign W+K captured the daring nature of buying a car designed without any concessions to practicalities. This red-blooded machine is made purely for driving and only a certain kind of driver need apply.

In the film W+K dramatises the leap of faith that such a driver takes by showing the TTS’s own leap, from the ‘outer space’ of its engineers minds and via a landing fraught with danger onto the earth itself, ready to be driven.

The spot was shot in Iceland with renowned director Daniel Kleinman and features the CGI talents of Framestore, the post house responsible for the movie GRAVITY.

Grand Central’s Raja Sehgal created the sound design for the film: "When I was first approached by the team at Wieden+Kennedy Amsterdam, my brief was to create something filmic, that would instantly grab the audience's attention and build to a massive crescendo, in the same way that an epic film trailer would.  Every moment is extraordinary, the sound is dynamic, fiery, ethereal, and the final result really stands out in the ad break, from the very start.

My experience in creating the sound for theatrical film trailers allowed me to push the sound harder than it needed to go, then bring it back slightly to achieve a really strong balance that I am very pleased with.

The creative process was extremely collaborative.  When I first saw the spot, there was no CGI whatsoever, and then, every few days, over the course of a month, I saw how the picture was transforming, as more VFX was generated.  Each time I received a new film back from Framestore, it had evolved dramatically so I built up layers and layers of sound to create a really rich, edgy soundscape that works beautifully with what we see on screen."

Wieden+Kennedy Art Director Craig Williams: "We knew going into this project that sound design would be vital. Who knows what it's really like to land on a mega ramp at breakneck speed? What does it even sound like flying through clouds? After working with Raja on numerous projects in the past, we knew we had enough creative freedom to create the sounds we felt necessary for the spot, and develop something we could have a little fun with.

What we really wanted was to make the viewer feel as if they were watching a Hollywood movie trailer. Multiple effects were used to create unique sounds that complimented the musical score, culminating in the feel of a science fiction fantasy film. It's always a great collaborative effort working with GCRS."