A Herculean Effort: The Globe-Spanning Production Powering the Olympic Games

We speak to Production Service Network (PSN)’s partners from across the planet to go behind the scenes on star-studded, sporty campaigns as Tokyo ushers in the 2020 Olympics 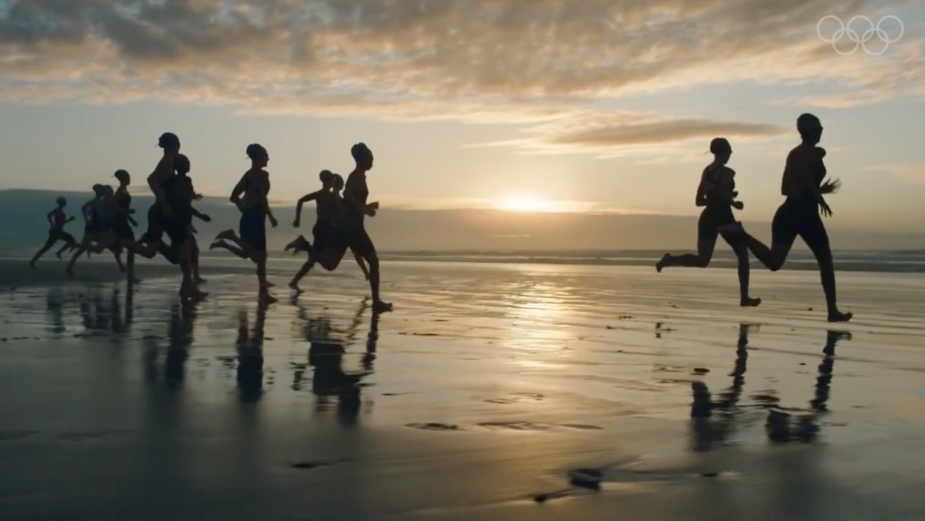 For roughly one and a half years, now, the world outside our windows has seemed more distant than it has for decades - perhaps even centuries. It’s the perfect time, then, for a major international event to reignite our planet’s sense of shared community and achievement.

Happily, the delayed 2020 Olympic Games is now off the mark in Tokyo. The sense of anticipation around the games is unprecedented, following its pandemic-induced delay in which border-crossing experiences that spoke to an international audience have been in short supply.

As if to illustrate the globe-spanning reach of sport’s showpiece event, the creative campaigns tied into the 2020 Olympics can be traced to virtually every corner of the world. A common thread uniting many of the most high-profile ads from this year has been Production Service Network, bringing sport and creativity to life with the help of the company’s on-the-ground representatives. Here, LBB reflects on these campaigns, and speaks to those who made them happen…

Discovery+: Eurosport ‘Home of the Olympics’

First up is a pulsating campaign for streaming service Discovery+ which offers us a first-person glimpse of Olympic glory. Shot on Sony Venice, Canon FX3 and a GoPro (for the diving scene) – all mounted on athletes for the authentic first-person perspective – this film showcases a broad range of local casting.

Looking back at the campaign, PSN Poland EP Remik Bartos says “When it comes to locations, everything that you see in the foreground has been shot in Warsaw. The locations were sports venues, but it was marvellous post production that enhanced almost every shot with compositing and CGI to give it that ‘grand’ feeling”.

Next up, the iconic sportswear brand ASICS steps out onto the court with recently-crowned Wimbledon champion Novak Djokovic. Filmed on-location in Serbia, the spot celebrates the spirit of the underdog.

Helping bring the film to life was PSN producer Miroslav Šokčić. “Star athletes have their needs, but we're proactive about covering them. The creatives in Japan worked closely with Djokovic's team and our own to produce and execute a film that was Covid-safe”, says Miroslav. “There's no place like home when it comes to filming Djokovic in Serbia. The same can be said of other Serbian athletes making their mark like NBA MVP Nikola Jokić. Vast training facilities have been built here, in order to welcome a growing number of world-class competitors.”

For the International Olympic Committee itself, an epic film was in order. Directed by Kevin Foley & Mark Zibert, the European leg of ‘Stronger Together' was shot with PSN in Portugal. EP James Dubec also helped bring the spine-tingling spot to life.

“The hardest part of the job was getting an Olympic size swimming pool for diving and swimming”, says James. “That may sound easy, but they are all full of activities and classes during the day, so we ended up having to shoot at night. That way we could control the light, underwater cameras and equipment”.

Helping matters was the location, which proved extremely versatile. “Portugal was a great place to film as we were quite central for athletes to fly in”, explains James. “The IOC Portugal was very helpful and costs were quite reasonable. English is also well spoken among the Portuguese”.

Another promotion for ASICS, this time featuring New Zealand’s long-distance superstar Zane Robertson. For this spot, it was Kenya’s turn to provide a stunning location for the brand and filming crew.

As producer Guy Wilson explains, “We expect the unexpected when filming in one the remotest parts of highlands of Kenya, close to the Ugandan border. Regular infrastructure, hotels, power, and sealed roads were mostly left behind before we reached our filming location. Knowing and employing the right crew who would not be phased by fly-camping and still continue to do their jobs as expected and beyond is important - fortunately, it's a skill we’ve developed and nurtured”.

Despite the challenges, the team would have been hard-pushed to think of a more suitable location. “The Cherangi hills, although less than a 100km north of the Kenyan equator, are at an elevation of over 3000m”, explains Guy. “The air is thin and clean, daytime temperatures push towards the low 30’s centigrade and yet dip to freezing point at night, and the roads are clear of heavy traffic. In short, it’s the perfect training environment for long distance runners. So we didn’t have to ask Zane or the other athletes to do anything that they would not ordinarily do and we were able to gently craft a very accurate and poetic film. It was the perfect place to make this commercial - and the only place to make this commercial”.

Gatorade Zero: I Can Do Better

Rounding out this list is a spot from a brand which is no stranger to successful athletes: Gatorade. The sports drink is rolling back the years with its latest campaign, as PSN EP Mike Savitz explains: “This is quite the amusing remake of the classic Gatorade spot that featured Michael Jordan and Mia Hamm from the ‘90s”, he says.

“However, this time it was Usain Bolt vs Abby Wambach, two-time Olympic Gold Medalist and FIFA Women’s World Cup champion! Keep an eye out for humorous cameos from MJ himself, and Mia Hamm. This has been one of our favourite projects so far”.

‘I Can Do Better’ was shot on-location in Florida.