A Heartfelt Manifesto to Great Vodka in New Our/Vodka Film 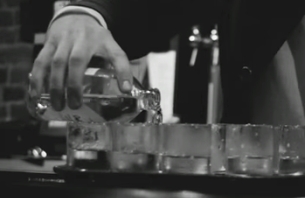 Vodka brand Our/Vodka is opening a new distillery in Seattle, named Our/Seattle. To celebrate, Swedish agency Great Works has launched a new film telling the story of the brand.

The idea to create Our/Vodka, a vodka that is both global and local was born in Stockholm in 2010. Founder and CEO Åsa Caap developed the idea together with four entrepreneurs from Great Works during evenings & weekends. Our/Vodka was treated as a black ops project under the umbrella of Pernod Ricard before the first distillery opened in Berlin in 2013.

Our/Vodka is a global family that connects local partners in different cities around the world. After the launch of a distillery, the local partners are in charge of creating the personality of Our/Vodka in their city. All cities share the same secret vodka recipe, but the ingredients are locally sourced which gives each vodka a unique character.