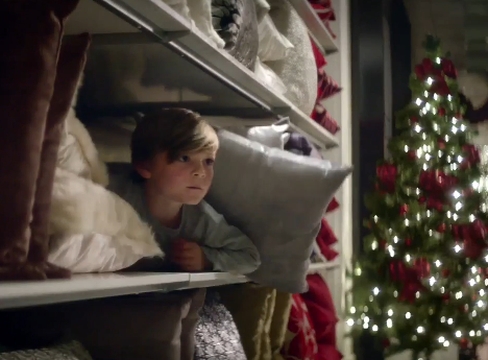 On Sunday 2nd November, Debenhams announced the launch of its multi-million pound Christmas marketing campaign ‘Found It’, as it looks to hero its gifting offer this Christmas.

The multi-channel campaign offers a consistent campaign message across all touch points that consumers engage with reflecting the buying behaviours of multi-channel customers.

Delivering a much heavier campaign for the department store than in previous years, the ‘Found It’ campaign includes; the distribution of 3 million gift guides featuring over 750 gifts, 1.4 million toy brochures, beauty and lingerie brochures, and an online gift guide solution.

Advertising will also be a key component of the campaign with print, outdoor, digital and TV executions featuring the ‘Found It’ message, a concept which celebrates the delight that consumers experience when finding the perfect gift for a loved one.

Commencing with five second teaser executions, the 60 second TV advert will air on Saturday 8th November - during X Factor on ITV1 and show, from a child’s perspective, the excitement of every child’s dream - staying overnight in a department store at Christmas and searching for the perfect gift. Adverts will also be posted to You Tube and Facebook throughout the Christmas period.

The creative follows a group of children as they search in each department for their perfect gift and culminates with Meadow, a six year old girl locating her present, a cuddly Reindeer toy and the end screen frame ‘Found It’ with the end line ‘Find Your Fabulous Christmas at Debenhams’.

Song: ‘We all stand together’- Paul McCartney