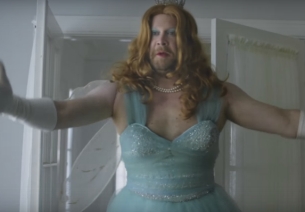 One year after launching its initial Mastery campaign, Chase, the U.S. consumer and commercial banking business of JPMorgan Chase & Co., launched its latest advertising campaign today titled, “Mastery 2.0.” Developed in partnership with creative agency Droga5, the campaign revolves around four beautiful films that focus on some of the moments in life for which you might seek advice from Chase.

“Mastery 2.0” aims to raise awareness of Chase’s financial advice and expertise and show that, whatever you’re working towards mastering in life, Chase can help you master the finances to get you there. The campaign is shining a light on Chase's financial advice and guidance by showcasing that Chase is a financial partner that can help fuel its customers’ progress through life.

The campaign’s four films, entitled 'PJ,' 'Fairy Dadmother,' 'Back in the Game' and 'Invest in Love,' launched online this week. Additionally, 'Fairy Dadmother' will air on national television today followed by 'PJ' on April 18th, 2016. Told across a series of TV spots, each story focuses on different people--people who are preparing for a new future, a future together, or for the future of their family. Chase is tapping into real, everyday heroes who are mastering their lives and finances. Mastery 2.0 offers a human, realistic look at what a good relationship with your bank looks like.

The “Mastery 2.0” campaign will be supported by broadcast, digital and social media as well as multicultural content.

“Our customers come to us for advice at pivotal life moments—retirement, saving for college, dealing with a change in life circumstances.  We wanted to tell our customers’ stories around these moments,” said Donna Vieira, CMO for Chase Consumer Banking.

"Chase is an institution which has a massively positive effect on people's lives at both small and large moments. We wanted to showcase the advice and services the brand provides people at these moments, in a way that is reflective of real people and real lives,” said Sarah Thompson, Global CEO at Droga5.

“This first round of work for Chase’s Consumer Banking was a really fun creative challenge for Droga5 in that it allowed us to dig into the less than obvious moments in people's lives when they might need advice from their bank. It gave us the opportunity to really stretch the emotional territories of the Chase brand from bold humor, to small intimate moments,” said Don Shelford, Group Creative Director at Droga5. “We are excited as an agency to be creating such emotional work for such an iconic brand.”