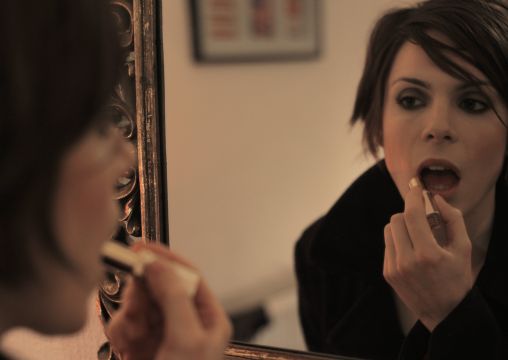 From Carsick Pictures and award-winning commercials director Andrew Blackburn, comes a touching and authentic British comedy drama set in the world of advertising. Don’t miss Being Nice, when it is released on VOD (video on demand) platform VHX http://beingnice.vhx.tv/ on 14th November.

Being Nice is the feature film debut of writer/director Andrew Blackburn and tells the story of Jen (Jessica Francis in her feature debut), an aspiring artist in her early 20s who, fresh out of university, begrudgingly takes a job in advertising. We follow Jen as, much to her surprise, she begins to enjoy working life and her rebellious nature causes her to connect with a romantically disillusioned colleague played by Alex Warren (Powder Room, Being Human).

The cast of Being Nice also includes Jackie Howe (Line of Duty, Come On Eileen) and Nicola Hollinshead (Filth: The Mary Whitehouse Story, Boys from the Blackstuff), with support from Dan Cohen (My Mad Fat Diary, The Last Weekend), Matt Jamie (Scott & Bailey) and Tommy Vine (Top Boy, A Touch of Cloth).

Being Nice was filmed on location in and around the offices of London advertising agency Grey London. Filmed in sequence over 17 days, writer/director Andrew Blackburn was keen to draw upon his own experiences of starting out in the creative industry, writing a tightly structured and emotionally charged script and asking the actors to improvise all the dialogue on set: “I wanted to make a film which, at its core, is about relationships and growing up and it was important to me that Being Nice felt authentic; allowing the actors to improvise was an important part of this. I wanted the audience to feel that they’re in the moment, experiencing it with the characters while still creating an engaging story.”