A Diamond Journeys Through the Ages in Blockbuster Spot 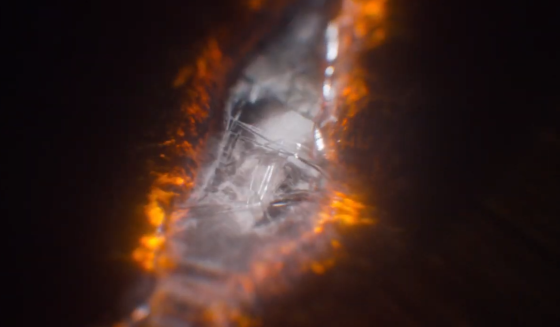 The Diamond Producers Association (DPA) has today launched a major new global campaign, ‘The Diamond Journey,’ which takes people on the journey of a diamond throughout the ages.

The DPA is an international alliance of the world's leading diamond mining companies who work towards maintaining and enhancing consumer demand and confidence in diamonds. The new campaign aims to engage a new generation of consumers through telling the epic journey of the stone, and contrasting it with the human emotion and authenticity associated with wearing a diamond.

At the heart of the campaign is a three minute blockbuster film, shot in Georgia, which is the result of a unique collaboration between client, BBH London, and Academy. The campaign is an unprecedented, cinematic telling of the natural diamond story, written and directed by award-winning director Ian Pons Jewell. From genesis to finished jewellery, the remarkable journey of a diamond plays out across time and space. In addition to themes of love and romance, the heirloom quality of diamonds is expressed throughout the film, powerfully tying diamonds to our most intimate moments and life events.

The film will run on TV and in cinemas across the USA, China and India. The suite of assets that live alongside the film and will be the focus of the multichannel media campaign comprising 60, 30 and 15 second videos; as well as a series of exquisite and striking portrait and landscape still visuals of an embracing pair of hands, one of which is adorned with a diamond ring, emerging from a natural scene. The fully integrated advertising campaign launches digitally on October 15 with Conde Nast, The New York Times, Sports Illustrated, among others, as well as a strong social media presence, with emphasis on Instagram, Facebook and YouTube. A special focus on high impact out-of-home/outdoor placements in transit hubs and key cities capitalise on the busy holiday travel and gifting season, with placements including Grand Central Terminal, JFK and LAX airports, and select in-flight TVs. The plan also includes cinema partnerships to tie-in with peak movie season and select print partners.

Ian Heartfield, chief creative officer at BBH London, said: "We all know that a diamond has been around for a long time. But when we found out that the diamond on your ring was actually formed before there was life on earth, and that it will be here long after life on earth has gone, it blew our minds. It was this incredible story that we let the highly talented director Ian Pons Jewell loose on."

Ian Pons Jewell said: “It's hard to describe how special this project is. The chance to write something bespoke to a brief at this scale is extremely rare. But rarer still to have to chance to tell the story of a naturally occurring element. I knew a little about how diamonds are formed, but had no idea just how epic the journey of the diamond is. So we did a lot of digging and looked not only at the science, but also the folkloric history of the diamond and the human relationship with the diamond over history. It's been an incredible journey, one I don't think I'll ever get to repeat in the commercial world. It’s an incredibly special film.”

“’The Diamond Journey’ tells the timeless and epic story of natural diamonds in a new and modern way,” said Jean-Marc Lieberherr, C.E.O of the DPA. “We know from research that the majority of consumers are unaware that diamonds are the oldest thing they will ever touch or own – it’s a powerful message that resonates and one this campaign celebrates with the tagline ‘3 Billion Years in the Making’ across all its assets and, in some instances, also includes ‘Before there was life, there were diamonds’.”

Lieberherr continues: “This cinematic campaign invites the viewer to discover the legacy of natural diamonds from their geological formation, their transformation from rough to polished and their journey through human history to becoming an ultimate embodiment and symbol of love, connection, and heirloom.”