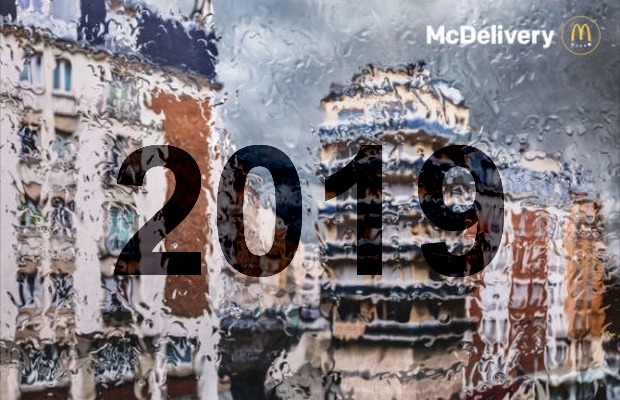 It might not feel like it, but positivity has been a major theme in this year’s creativity. As the world got angrier, creatives fought back, and the result is a selection of work that can’t fail to put a smile on your face. In no particular order, here is the final round of our roundup of the decade’s best work.

Here’s a sentence you never knew you wanted to read: In September, KFC launched its own dating simulator. Better yet, the whole thing was a bombastic, anime-style game from developer Psyop (famed for their animation but growing in the indie game scene). Players had the chance to romance none other than Colonel Sanders himself in the descriptively titled ‘I Love You, Colonel Sanders! A Finger-Lickin’ Good Dating Simulator!’. Unfortunately, the game seems to have been removed from app stores, but we’ll always have the kaleidoscopic trailer above to cling to.

A classic case of the perfect campaign for the perfect brand. Having long established their reputation in the UK as the cheeky chappies of betting, the company upped the ante with this viral ad featuring Rhodri Giggs, brother of footballing legend Ryan Giggs, who also happened to famously have an affair with Rhodri’s wife.

Who better, then, to ironically espouse the virtues of ‘loyalty’ for Paddy Power’s Rewards Club, a scheme aimed specifically at disloyalty. The ad was directed by Academy Films’ Peter Cattaneo, and got people talking from adland to the football terraces. 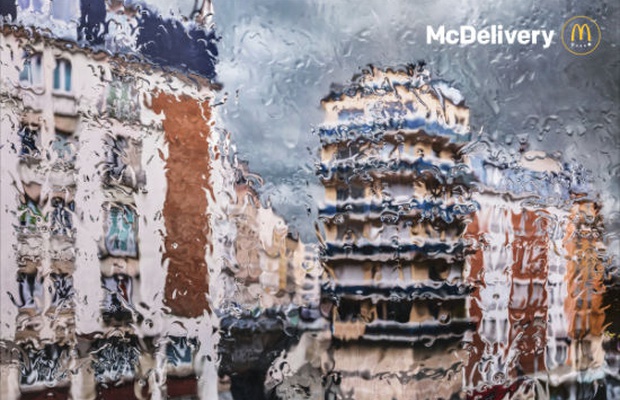 Yet another example of outstanding print work for McDonalds from TBWA\Paris. There are very few ads that can so perfectly evoke the feeling of the product they promote, but this campaign pulled it off perfectly. The sensation of biting into a Big Mac on a drizzly day is as guilty as it is glorious, and to pull it off in such an artful way is reason enough to include it on this list.

A trend over the last couple of years in adland has been democratisation - that is, the idea of opening up products and experiences to as many people as possible. Few campaigns achieved this so successfully and to as much acclaim as Volvo’s Equal Vehicles For All initiative from Forsman & Bodenfors. Addressing the long-running issue that the universal use of male crash test dummies caused more women to be harmed in collisions, the company collected data as far back as the 70s in order to start building cars that are safe for everyone regardless of gender, size or body shape.

Continuing the aforementioned trend of democratisation, McCann Tel Aviv created one of the decade’s most positive campaigns as they helped develop tech for IKEA that 3D-printed furniture upgrades allowing those suffering from cerebral palsy to use their products.

NY Times - The Truth Has A Voice

An uplifting reminder in these divisive times that there’s still a home for reality. Droga5’s powerful campaign highlighted the work the paper had done in exposing gender equality in a spot that first aired in the Semi Final of the US Open.

Black & Abroad - Go Back to Africa

Flipping a racist trope on its head to deliver an awesome campaign is a sure-fire way to be remembered as one of the year’s best ads. Targeted at African Americans (as a counterpoint to the industry’s bias towards white travellers), FCB Toronto’s ad invited viewers to be proud and experience the amazing places the continent has to offer.

Another campaign with the theme of democratisation, the start of the year saw McCann New York develop an adaptive controller for Microsoft’s Xbox One. The controller allowed those unable to use the regular controller due to disability to play the same games as everyone else. It’s hard not to feel happy inside when you see kids finally able to explore the same new worlds as their friends, and the campaign duly swept awards shows across the world.

Don’t be a sheep. DDB Chicago’s stylish ode to individualism took aim at social media ‘follower’ culture, and made a powerful statement. Ringan Ledwidge’s film imagined a world where your social media followers became real life followers, and used it to champion real-world connections. A useful reminder in these constantly-online times.

Perhaps these lists haven’t featured quite as many Christmas ads as you might have expected - maybe it’s the over saturation at this time of year. But Mother’s unique approach to a festive ad gave it a brilliantly memorable quality, and failure to mention it in a yearly roundup would have been very, very, very, unacceptable.