A year of social and political fragmentation was reflected in advertising, and we saw some of the most unique work of the last ten years 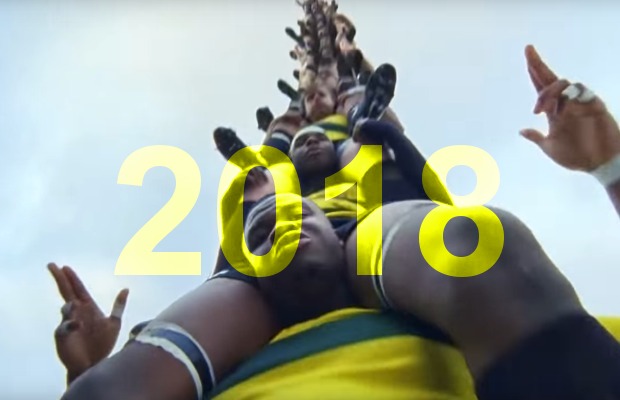 In the midst of global political strife and everyone seeming a bit, well, angrier than at the start of the decade, we saw some outstanding creativity. 2018 was also the year of the first ever Immortal Awards, where four campaigns ascended to immortality alongside a plethora of commendations for some of the most disparate and idiosyncratic creativity that the year, and indeed the decade, had to offer.

Speaking to our very own Addison Capper, Saatchi & Saatchi NY’s Blake Morris and Jacopo Biorcio described their task as making Tide into “the most loved brand in the Super Bowl. No pressure, right?”

Pressure or not, all credit to the agency for making it happen. Their brilliantly shameless and cheesy riff on every other Super Bowl ad won hearts and minds, and even earned the brand immortality. And for all the glitz and ideas, at the end of the day the ad was all about placing the product front and centre. Advertising at its purest.

He might not channel his iconic ‘Weapon of Choice’ video quite as directly as in 2016’s Kenzo spot, but Spike Jonze again created a kinetic triumph in March for Apple. Starring FKA Twigs, the ad focuses on the power of movement to transform both our physical and mental homes. The result is an ad that’s as surreal as it is relatable, and above all truly unique.

When you think of a car ad, you might think of epic scenery. Or perhaps the spotless production values. Maybe even a celebrity endorsement. For that reason, it can be hard for those selling their used cars to compete. That was the reasoning behind carsales’ genius campaign from CHE Proximity and Guilty, which offered anyone the opportunity to produce their own flashy car ad. All you needed to do was upload some images or video, and carsales would do the rest for you. Best of all, each of the estimated 1.2 trillion ads creating using the software was totally unique.

Not for the first time in recent years, the tender fabric that is the UK’s social cohesion was torn asunder in February. Upon the news that the fast food giant KFC had run out of chicken, it’s fair to say that the country did not react calmly. With the story picked up by news outlets such as the BBC and Sky News, the brand was facing both a logistical and PR disaster. It could have been a cautionary tale - however, creative agency Mother stepped in to capitalise on the crisis with a tonally spot-on print campaign. The ad swept awards shows, and turned a potential catastrophe for the brand into a success story.

Nike - Nothing Beats a Londoner

We’re still not quite sure if there’s anything that beats Nothing Beats a Londoner. There’s a reason the ad is especially adored in the UK’s capital - it perfectly encapsulates life and culture in the city. As a campaign, it pulled off the feat of reconnecting the brand with a city’s young people who felt like the sports retailer no longer spoke their language. Wieden + Kennedy London pulled off a remarkable ad, and we’ve still not seen anything like it since.

An estimated 60 million people around the world live with conditions that have left their bodies paralysed, but their minds as active as ever. For these people, communication is a struggle given that alternative methods (such as E-TRAN boards) are so tedious that people often give up. The solution, in a campaign from TBWA\India, was as radical as it was simple. Using common eye gestures such as winking and rolling, a new language was made so that those suffering from paralysis could communicate with their carers. Following on from the campaign, the Asha Ek Hope Foundation has hired around 150 trainers to teach the language, which has been translated into seven regional Indian languages, to patients.

Every ad campaign claims to be like nothing else before. Once in a blue moon, however, it’s true. It was certainly the case for Skittles’ Super Bowl offering, which took the opportunity to advertise to one of the biggest audiences anywhere in the world ever and threw it out the window. Instead, the campaign from DDB Chicago advertised to one person - high school student Marcos Menendez from California. Filmed in secret around Marcos’ house and starring his family and friends, the ad was a brave, bold experiment that paid off with immortality.

Some called it genius, some called it trolling. While the truth was probably a mixture of the two, there can be no doubt that FCB New York’s campaign was a whopping success that redefined the term ‘aggressive marketing’. Sweeping up awards at Cannes was only the tip of the iceberg lettuce from a campaign that saw Burger King customers head to their nearest McDonald's branch in order to claim a Whopper Burger for just one cent.

Nike - Just Do It 30th Anniversary 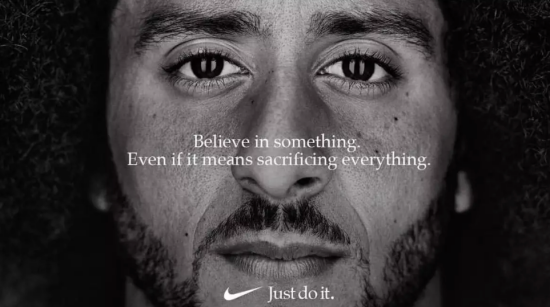 When drawing up these lists, a general rule was established in the office that we would avoid repeating brands in the same list. But, rules are made to be broken and no roundup of 2018’s creativity could be complete without reference to W+K Portland’s culture-defining campaign. Eschewing the view that brands are unwise to take a stand on political issues, Nike took a knee and courted controversy and acclaim alike.

It’s impossible to forget the first time you watched Viva La Vulva. For LBB, it was November when we stood, jaws on the floor, around a laptop screen to witness AMV BBDO’s immortal masterpiece. As well as being an astonishing ad, the campaign also pushed boundaries and addressed the too-often unspoken insecurity that women feel about their vulvas. If there’s ever been a campaign deserving of immortality, it’s this.