Creative 322 Add to collection
Tech-forward ideas aimed to make the world a better place but there were equal amounts of more traditional, vivid storytelling 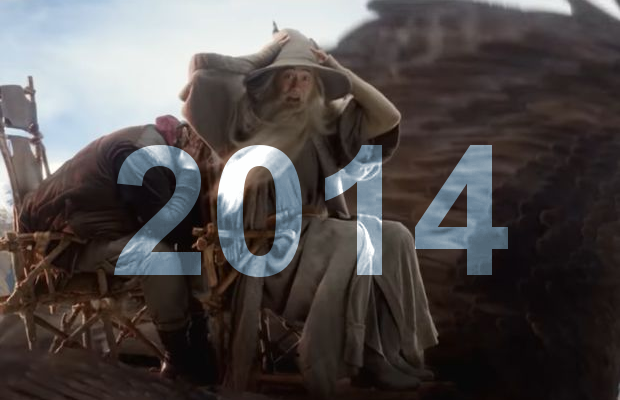 Excuse the cliché but the best advertising of 2014 is a game of two halves. On the one hand, there are a handful of socially orientated campaigns that were big on tech in order to make the world a better place. Nivea and FCB were keeping kids safe at the beach with an innovative magazine print, and Havas and Terre des Hommes got proactive to tackle webcam child sex tourism. On the flipside there were truly luscious films from the likes of John Lewis, Sainsbury’s, Air New Zealand, Dougal Wilson and Ringan Ledwidge propping up the fight for traditional storytelling. LBB’s Addison Capper casts his eyes over the best of 2014.

Going to the beach is one of my absolute favourite activities but it does come at a price. The sand gets in all the places you don’t want it to, lugging all of your gear from place to another is hard work, and don’t even get me started on the perils of the mixture of wet feet and sand. For parents, the beach offers another, more perilous issue - they never really know their kids are up to while they slip into a seaside snooze. Nivea and FCB Brasil looked to settle the nerves of parental beachgoers with this genius print ad that’s so much more than the sum of its parts. Parents could rip off a wristband to go around the child’s wrist. Embedded in the band was a location sensor that linked to a specially made app, which then alerted parents whenever their little one veered too far away. It beautifully traverses the realms of print, mobile and experiential and would be equally as neat if it launched today.

In 2014, the UN and the FBI estimated that 750,000 paedophiles could be online at any given moment, while tens of thousands of kids are abused behind webcams in the Philippines. But Havas Lemz, Amsterdam and the charity Terre des Hommes could only find six men who'd ever been charged for such an offence, despite the fact that webcam child sex tourism is an offence in almost every country. Laws weren't being enforced because child victims wouldn't - or couldn't - go to the police, so Havas and its client took it upon themselves to get proactive with the issue at hand. 'Sweetie', an interactive 3D model that looked and moved like a real 10-year-old Filipino girl led to the identities of 1,000 online predators from 71 countries, which were handed over to Interpol at a press conference in The Hague. This also won the Grand Prix for Good at Cannes in 2014.

A bank being the principal sponsor of a Gay and Lesbian Mardi Gras could, on paper, appear quite stuffy - the most corporate of entities cashing in on a celebration of diversity and freedom. But ANZ Bank and its agency Whybin\TBWA Group Melbourne marked the brand's partnership with Sydney's carnival in the glorious of ways, transforming central Sydney ATMs into blinged up GAYTMs. Even the ATM screens got a makeover, welcoming users with messages such as, 'Cash out and proud' and 'Hello gorgeous', and each operator fee from non-ANZ cardholders was donated to a non-profit organisation. On top of being for a good cause, each GAYTM looked properly brilliant, stacked with sequins, fur, bold colours, and jewels, and were I to pass one I'd be much more inclined to stop and withdraw some of my hard-earned cash. What's more, the campaign is still being rolled out to this day.

India is a cricket crazy country, so capturing the madness that unfolds within the 22 yards of a cricket wicket is no small feat. JWT India more than managed it with this mind-bending spot that was crafted with the help of over 200,000 crowd-sourced images, 1,440 young cricketers and 108 photographers. The final film, which was produced by 1st December Films and directed by JWT creative director Senthil Kumar, is made up of 1,440 images - around 12-20 per second - from nine major cities and 200 small towns. Though it is one, this rather large feat of numbers wasn't just a means of realising a grand creative idea - it was borne out of the fact that video cameras are not widely available and the process of uploading video can be difficult, particularly in more rural areas, and the team was keen to make sure the project was as open and accessible to as many cricket-crazed fans as possible. The sound design and music are also both just crazy good.

Christmas ads in the UK are always overly hyped and often disappointing. John Lewis Christmas spots though are in a realm of their own, with intense scrutiny coming from all angles of the ad industry, as well as from out in the real world. Monty The Penguin, by the brand's long-standing agency adam&eveDDB, is perfect. The relationship between Monty and the boy is infectious, Dougal Wilson's direction is on point, the VFX work from MPC is meticulous and Tom Odell's version of 'Real Love' is a testament to John Lennon's original. It's also worth noting that the whole idea of seeing life through a child's eyes is far from innovative - but whereas other attempts often miss the mark, adam&eveDDB pulled it off with a gusto here, keeping the viewer in the dark until that crowning moment at the end.

Save the Children - Most Shocking Second a Day

The toughest challenge when it comes to charity ads is making them relatable to the target audience. Save the Children and agency Don't Panic did exactly that by bringing the horrors of the Syrian war to middle class British life in this unforgettable film. The craft is everything here - direction was by Partizan's Martin Stirling - and fits 65 scenes into 90 seconds, each one demonstrating the gradual way a young girl's life drastically changes as she loses her family and home in the midst of war.

According to Smart Insights, just 19% of 16-24 year olds had a positive association with the term 'like a girl'. After watching this brilliantly simple film for Always by Leo Burnett, 76% of viewers said they no longer saw the phrase negatively. What's more, two out of three men who watched it said they'd stop to think before throwing around the phrase as an insult. The launch film was directed by Chelsea Pictures’ documentary filmmaker Lauren Greenfield, racked up more than 85 million views on YouTube from over 150 countries. The campaign as a whole went on to run during 2015's Super Bowl and roll out for years to come.

Sainsbury's and AMV BBDO caused a bit of a ruckus when it launched this film in the run-up to Christmas 2014. The spot divided opinion - it was the most watched ad of the entire year and received widespread acclaim but it was also criticised for being disrespectful to those that fought in the First World War. As a piece of film, it really is gorgeous and would be at home on a cinema screens, which is little surprise when you realise that it was directed by Rattling Stick's Ringan Ledwidge, one of the decade's foremost directors. The narrative is on point too, telling the true story of Christmas Day 1914 when German and British troops downed weapons to exchange songs, chat, gifts and play each other at football. In an effort to stay true to the subject matter, products appear at an absolute minimum - just once in the nearly four-minute film - and the brand collaborated with the Royal British Legion to sell a vintage-looking chocolate bar in stores for £1, with all profits going to the charity.

Newcastle Brown Ale - If We Made It

Recent years have seen a number of brands attempt to punk the Super Bowl with a witty way of owning the conversation without actually officially advertising during the game. The first to do this properly though was Droga5 for Newcastle Brown Ale. 'If We Made It' was an extension of an already meta anti-campaign entitled 'No Bollocks'. It took aim at the Big Game with an impeccable parody behind the scenes film featuring Anna Kendrick being bleeped whenever she dares to utter the words S***r B**l. On top of the video with Kendrick, there was heaps more content - videos of faux focus groups and other celebrity 'endorsements' - whose primary purpose to poke fun at advertising's biggest calendar event.

Air New Zealand - The Most Epic Safety Video Ever Made

When this launched in 2014, Air New Zealand dubbed it 'The Most Epic Safety Video Ever Made'. Six years have passed and scores of other airlines have had a stab at their own zany safety films, but I think that Air New Zealand's claim still rings true. The video is directed by Taika Waititi and features actors Elijah Wood, Sylvester McCoy and Dean O’Gorman alongside director Peter Jackson and. Taika also appears in the film as a bearded wizard after two die-hard Hobbit fans find themselves sitting next to Elijah Wood on an Air New Zealand flight to Middle Earth. Flippantly being told to brace was never so entertaining. 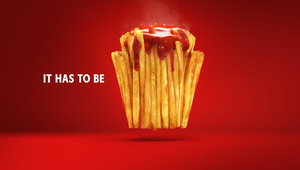 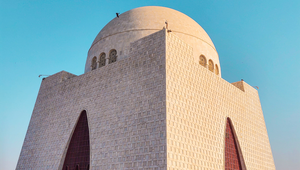 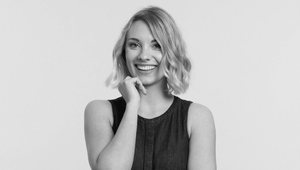 Uprising: Robyn Frost and the Fun, Frustrating Energy of a Creative 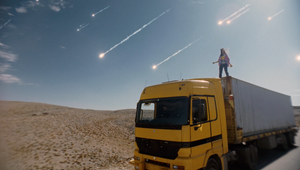 If We Can, They Can: How ‿ and us is Taking a Stand
View all News 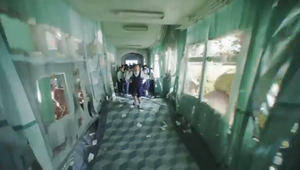 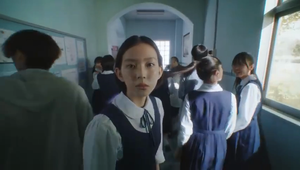 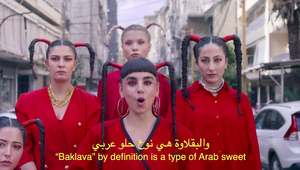 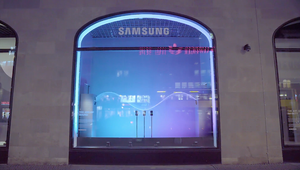 Samsung - Windows into the Future
View all Work