Traditional formats had to share the limelight in a year that paved the way for innovations, stunts and business transformation 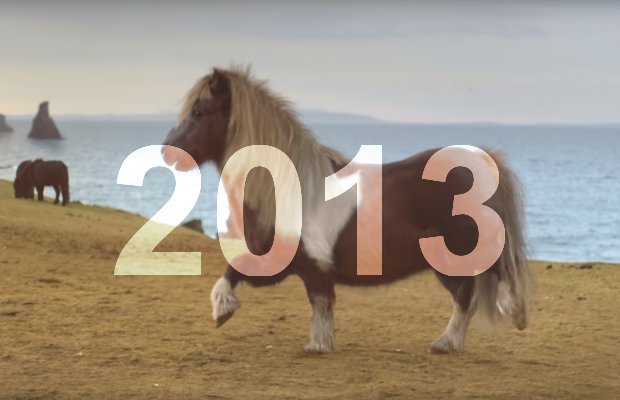 Appreciating the best creativity of 2013 does require a sense of perspective. It was a year when traditional craft had to share the spotlight with the multiple innovations, stunts and social experiments that agencies conducted on their clients’ behalf. Dentsu and Ogilvy were busy translating data into magic moments, 360i was continuing to boss the social media space with Oreo and Marcel Paris was starting an anti-food waste trend that hasn’t abated since. That doesn’t mean great filmmaking took a back seat though. Directors like Dougal Wilson, Vellas and Taika Waititi were delivering some of their most immortal work. LBB's Alex Reeves looks back to the 2013 work that turned heads in creativity.

Convincing Jean-Claude Van Damme that he was still up to the big stunts may not have been Forsman & Bodenfors’ first big work for Volvo Trucks in its ‘Live Test’ series of campaigns - it had already provided a steady platform for a high-wire performance and put its trucks through the rigours of a Spanish bull run - but it was the one that everyone will remember. Largely thanks to the deft directorial touch of Andreas Nilsson, whose career hasn’t lulled since. The sight of the Belgian actor, martial artist, screenwriter, film producer, director extraordinaire’s thighs gradually parting as the camera reveals he’s standing on two moving vehicles is enough to mesmerise anyone, and it did. It got more than 11 million views in three days and 35 million in the first week.

To promote Honda’s car navigation system ‘Internavi’, Dentsu Tokyo showed us all how it’s done when it comes to making data tangible. Sound of Honda / Ayrton Senna 1989 used Formula One data from 24 years prior to bring one of the legendary driver’s races - the then world’s fastest lap of the circuit - back to life in sound and light. By matching this up with recordings of cars they replicated the engine sounds of the time. Speakers and LED lights along the Suzuka Circuit paired the sounds with motion data from the race. On a website, the lap time was represented in 3D computer graphics using WebGL (a pioneering technology at the time), enabling viewers to experience the performance online. A smartphone app also allowed drivers to enjoy the sounds of SENNA’s lap in their cars. It was an all-around seamless digital experience like the industry had never seen.

If you’re sick of ‘social experiments’ by now, the success of Ogilvy Brazil’s Dove Real Beauty Sketches is one of the major places to place the blame. In the three-minute YouTube video that now has almost 69 million views, FBI forensic artist Gal Zamora was tasked with sketching women without seeing them, based only on the way they described themselves. Six years into the brand’s ‘Real Beauty’ concept, the brief was to prove to women that their ideas about how they look are wrong. It moved people deeply, got shared everywhere and it’s been ripped off dozens of times since.

We weren’t to know that he’d go on to direct such big-screen wonders as What We Do in the Shadows, Hunt for the Wilderpeople and Thor: Ragnarok, but the clues were there in this hilarious anti-drug driving campaign that Taika Waititi was a special directing talent. The script by Clemenger BBDO is brilliantly relatable, bravely steering clear of over-moralising on the subject, but it’s the casting and performances of these three kids that makes it a film we’ll happily watch and quote over and over. 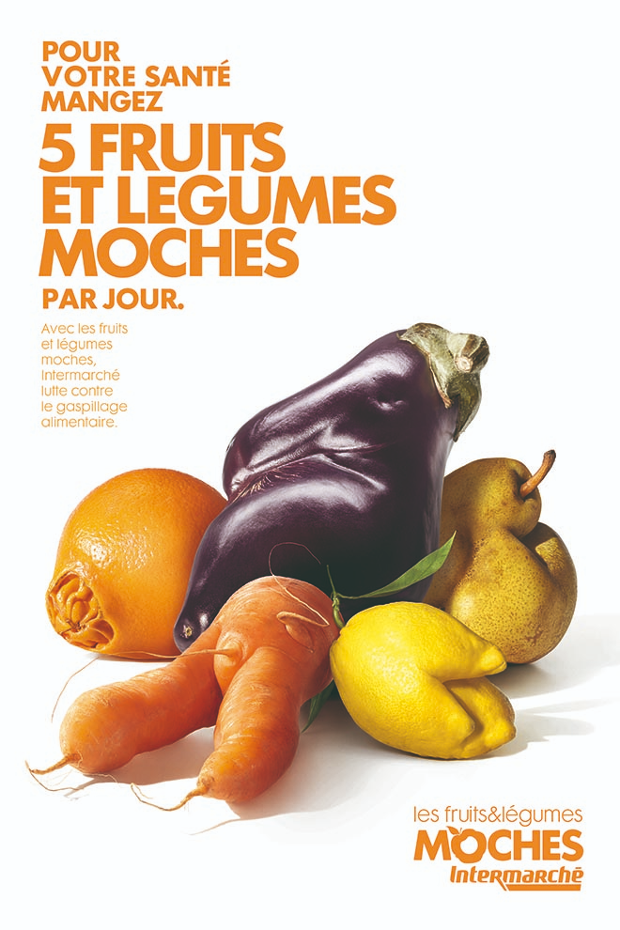 The food waste conversation has been gradually ramping up in recent years as sustainability has crept up the agenda for brands, but if you put your mind in the place we were in in 2013, Marcel Paris’ idea for a French supermarket to start selling ‘ugly’ fruit and veg at a 30% discount was completely fresh. Photographing aesthetically imperfect produce like it was the sexiest gourmet food and pushing it out via a massive integrated campaign made stars of the disfigured and deformed fruits and vegetables. Already aware of the risks of greenwashing, Intermarché knew it had to change its business to be able to have a credible voice on this topic. It earned the public’s trust, helping to boost store traffic by 24% and images of ‘inglorious’ carrots, aubergines and apples also helped increase the company's sales of fruit and veg by 10%.

In 2013, the data in marketers hands was beginning to deliver experiences that nobody had seen before. Proof of Arthur C. Clarke’s law that any sufficiently advanced technology is indistinguishable from magic, Ogilvy’s pioneering use of flight data allowed London’s most prominent billboards to astound the public with their knowledge of British Airways flights as they passed overhead in real time. For the unsuspecting, it was a real what-the-fuck moment.

Power out? No problem. pic.twitter.com/dnQ7pOgC

Having demonstrated the previous year that it was the most social-media savvy brand out there, able to react at breakneck (well, for advertising) speed to events, Oreo ‘won the Super Bowl’ in 2013 with a single tweet. When a power outage at the stadium caused some of the lights to go out for 34 minutes of the big game, the snack brand’s 15-person social media team at 360i dove into the public moment, tweeting an ad that read "Power Out? No problem" with a simple image of a lone Oreo and the caption, "You can still dunk in the dark." The post earned nearly 15,000 retweets, almost instantly, and more than 20,000 likes on Facebook. It generated conversation that made all the expensive TV commercials (which were of course oblivious to the news) look irrelevant.

If you appreciate film craft even a little bit, this is a decadent feast of visual artistry. Using no archive footage, director Vellas brought F/Nazca Saatchi & Saatchi’s historical epic to life in exquisite detail, telling the story of a Leica camera’s ‘soul’ as it documents humanity’s most dramatic moments in crisp black and white. Recreating famous shots from history with surprisingly limited resources over three days with a crew of 15, the film astounded viewers, transformed the Brazillian director’s career overnight and picked up a pile of awards.

Nobody used the phrase ‘platform hacking’ in 2013, but work like this from Peruvian agency Mayo Draftfcb gave everyone a glimpse of what brands would be chasing for years to come. Working for The University of Engineering and Technology of Peru (UTEC), the campaign had to show rather than tell people the power of engineering. Much like BA’s spectacular outdoor work in the same year, this billboard used technological innovation to achieve magical effects, turning air into drinking water. It helped improve people’s lives while boosting awareness of the university during admissions season.

Then there were campaigns like this one, which didn’t save any lives, but without them the world would be a more miserable place. It’s a Shetland pony dancing to Fleetwood Mac for a minute or so. That’s it, basically. Directed by Dougal Wilson at Blink, already established as a master of feel-good vibes, Wieden+Kennedy’s idea tapped into an internet behaviour that’s here to stay - sharing silly stuff. Introducing moments of unbridled joy like this with others is how we express our love, it recognised. Everyone agreed.

“We’re Really up against It” The Business Landscape for 2023