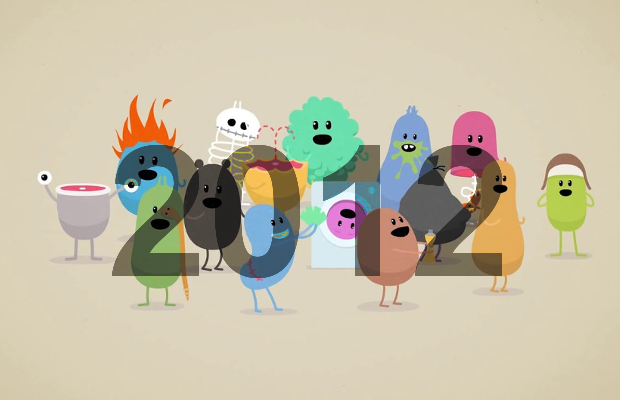 The Mayans were wrong, as it turns out. When we reached the end of their calendar on December 21st 2012, the world kept on turning without the cataclysm they had allegedly predicted. The world of creativity hadn’t been putting much store in the apocalyptic forecast, thankfully. The work made that year laid the foundations for creativity to come, from the beginnings of branded wearables with Nike’s FuelBand to the blueprint for reactive social media campaigns being drawn up with Oreo’s Daily Twist. It was also a good time for commercial filmmaking, with some brave scripts being crafted into surprising (and often downright bizarre) delights by directors who continue to wow us today. LBB's Alex Reeves reflects on the work in 2012 that changed the game, as well as some campaigns that are simply unforgettable. 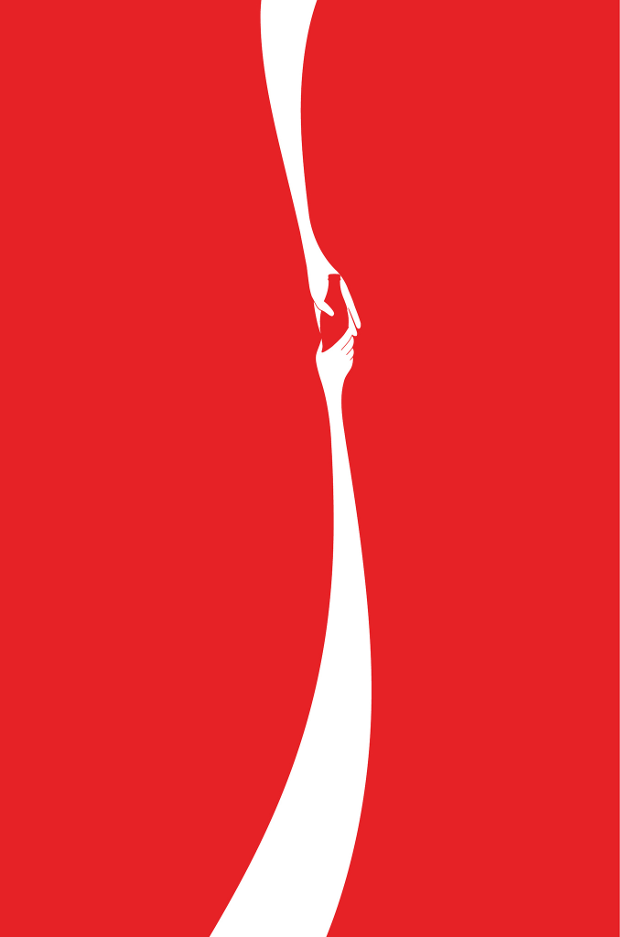 This is iconic design. It’s elegant minimalism, even down to the creative process that birthed it. A 20-year-old Hong Kong-based design student at the time, Jonathan Mak Long is the man behind the image. To mark the passing of Steve Jobs he designed a tribute to the Apple CEO - the Apple logo where the "bite" was actually the business icon’s silhouette. After the tribute logo went viral, Ogilvy China chief creative officer Graham Fink tracked down the young designer and challenged him to make a design based on the brief, "sharing a coke." The result was this instantly recognisable red-and-white, yin-yang-esque arrangement of shapes depicting two hands literally sharing a bottle of Coca-Cola.

Everything that was hot in British advertising in 2012 is distilled down into this film. BBH was smashing it out of the park with David Kolbusz at the creative helm and it was the London agency’s passion for craft at the time that made sure work like this for the Guardian slapped people in the face. Ringan Ledwidge was the perfect choice to sit in the director’s chair and rework the Three Little Pigs fairytale through a contemporary vision of how news in the 2010s should be covered. Incredible VFX work from The Mill gave the film the gritty realism it needed to be a unique piece of work. Over eight years on, the Guardian has been vindicated in its vision for digital news coverage. Last year it broke even for the first time in many years, with digital making up 56% of its overall revenue.

The images in these ads have been scorched into our minds ever since we first saw them. They came to many of us in the industry as a curve-ball. Not only because we weren’t expecting to see such horrors as middle aged men in unacceptably small underwear while catching up on world advertising, but because the client was an Argentinian manufacturer of air conditioners. Del Campo Nazca Saatchi & Saatchi in Buenos Aires demonstrated, with panache, how no brand is too boring for great advertising.

If there was one ad that made Vicki Maguire’s career (and there isn’t - the soon-to-be CCO of Havas London has a dazzling creative portfolio) it would be this campaign she wrote while at Grey for the British Heart Foundation. It’s a combination of components that would each work individually, but together they become something phenomenal: the insight that live-saving CPR can be performed to the tempo of the Bee Gees’ Staying Alive - amazing; footballer turned big-screen hard man Vinnie Jones teaching us how to perform CPR correctly - enchanting. The combination was pure alchemy, demanding attention and saving lives as a result.

The launch of Nike FuelBand was undoubtedly a key moment on the timeline of wearable technology and the internet of things. It wasn’t considered by Nike to be its most successful product launch, but the ideas it set in motion have gone on to be everyday parts of our lives. The project, led by R/GA, introduced NikeFuel - a metric that allowed people to measure the value of their physical activities using the wristband, share it and compare it. Unlike calorie counts, which vary based on someone’s gender and body type, NikeFuel awards equal points for the same activity regardless of physical makeup. Before, fitness trackers were crude, little more than pedometers. FuelBand broadened what was trackable to other movements, not just steps, so activities like yoga, weightlifting, cycling and cross training could also be tracked. With fitness tracking now a ubiquitous part of modern life, Nike set the pace. And although it was discontinued in 2014, the FuelBand made Nike the first big brand to move into the data-driven gamification of fitness.

We wouldn’t have said it back then, but this is a big mood. Look at the magnificent comfort this beach-strutting adonis exudes just being himself. He didn’t look like the other men we were expected to admire in advertising (and he still doesn’t), but he was everything we wanted to be. Wieden+Kennedy New York and director Tim Godsall collaborated here to make something totally transfixing. The details make it - the shoes, the glasses, that weird shoulder dip thing he does. And a belter of a soundtrack in Odetta’s ‘Hit or Miss’ sets it all off comfortably. 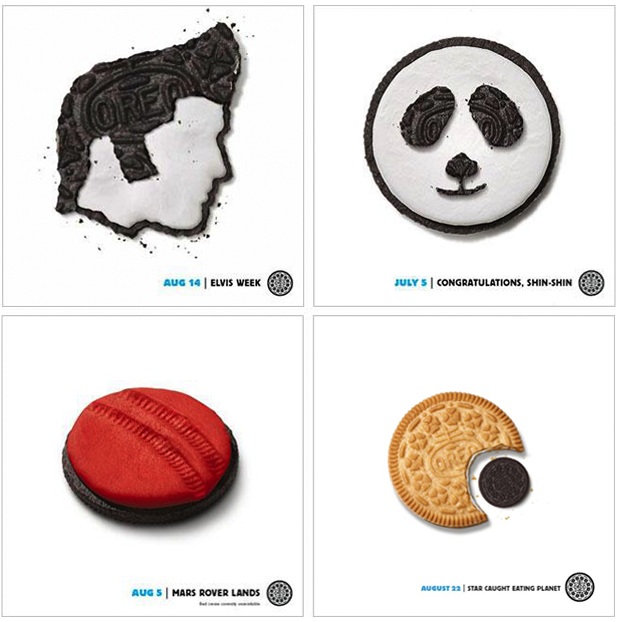 America’s favourite cookie turned 100 in 2012. It was a different time. Social media was still largely a mystery to brands, who often struggled to find the conversational tone they needed in the space. Daily Twist, from DRAFTFCB and 360i, was a key step towards showing us how it’s done though. Every day for 100 days, Oreo put out a different “twist” on the image of its iconic biscuit  – styled to look like Elvis, a panda bear or like the surface of Mars after the Mars Rover had driven over it. On the ‘Daily Twist’ site, users could submit their own ideas. The campaign was pushed out on Facebook, Twitter, Tumblr and Pinterest. Each twist sparked conversation around the events of the day or anniversaries and milestones. It put the product at the centre, took the right tone on a variety of issues and it looked really nice. The organisation required to do this so quickly and consistently is hard to overstate. It’s an achievement that would still be impressive in 2019.

Londoners set aside their usual disposition of downbeat urban solitude for one summer in 2012, embracing the Olympic and Paralympic games held there with a celebratory mood. We even surprised ourselves by how much we loved it. There was a flood of great advertising made around the events, but Tom Tagholm and 4creative’s ‘Meet the Superhumans’ really changed something. When Channel 4 became official broadcaster of the Paralympics, just 14% of the population said they were looking forward to the event. By the time it was over, 64% agreed that the Paralympics were as good as the Olympics. It was the tone of this trailer - Channel 4’s biggest marketing push in 30 years - that made many tune in in the first place. The attitude of the athletes captured in their relentless training regimes, the deft weaving in of personal stories, the evocative copywriting, the sprinkle of stardust from Public Enemy - it all added up to something powerful.

Little Baby's Ice Cream - This is a Special Time

2012 was, as it turns out, a “special time”. It was the sort of time when relatively small ice cream brands like Little Baby’s Ice Cream gave their modest advertising budgets over to strange director-creatives like Doug Garth Williams in the hopes that they’d get a viral hit. This time, it worked. The unnerving sight he conjured up of a person made of ice cream, engaging in gleeful self-cannibalism is somehow impossible to look away from. When you’ve finished watching it you’re likely to question whether you really just saw it, so you watch it again. Maybe that’s why it’s had over 15 million views on YouTube to date.

There’s no debate over whether ‘Dumb Ways to Die’ for Metro Trains should be on this list. It’s an immortal piece of work. Dreamt up by McCann Melbourne in an effort to reduce fatalities on train tracks in Australia, the catchy-yet-serious song with a gory-yet-cute music video courtesy of director Julian Frost, was created to make the point that most train accidents are almost entirely preventable and would never happen if people used their common sense. It went viral (back when it was still possible to use that phrase without cringing), racking up hundreds of millions of views. The song charted in three countries. Countless parodies followed. But crucially, it worked, reducing “near-miss” accidents by 30%, according to Metro Trains. It’s the all-time most awarded campaign in Cannes Lions’ history, too. It absolutely deserves the pile of gongs it’s earned.