Creative 599 Add to collection
Hindsight, eh? They say it’s 2020. And so, as we prepare to enter the roaring ‘20s, it felt like the perfect time to pause and take stock of the last ten years of creativity. Today we kick off with the ten formative ads of 2010 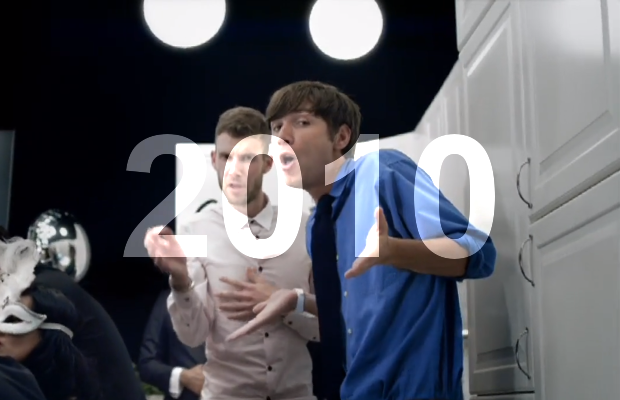 Each day over the next two weeks we’ll be showcasing work from around the world that has come to shape advertising across the 2010s, with ten pieces of work from each year of the decade. There will be work that has sent unexpected ripples and found longevity, standalone works of brilliance, unassuming projects that we now can see have marked significant turning points, and the odd personal favourite thrown in there too. We’re only human after all, and why would we be in the industry if there weren’t bits of work that we just, inexplicably loved.
So, today we’re kicking things off with 2010. A simpler time. In the US, Obama was in the second year of his presidency. South Africa hosted the FIFA World Cup. The world was pulled together as it followed the fate of 33 trapped Chilean miners in the Copiapó Mining incident. It was also the beginning of ideas and ideologies that would go on to become drivers of the next decade – austerity policies took root in the UK, then Greece and across Europe. The Deepwater Horizon brought BP to its knees – although the fallout all looks rather quaint now that we’re in the age of climate crisis, Extinction Rebellion and Greta Thunberg.
But what about the advertising? LBB's Editor-in-Chief Laura Swinton jumps in a time machine to find out...

Old Spice – The Man Your Man Could Smell Like/ Responses

Kicking things off as we mean to go on – with a big old cheat, cramming two projects into one slot. Wieden + Kennedy Portland’s sharply-written introduction of the new Old Spice Guy, Isaiah Mustafa, still provokes an arch giggle. Tom Kuntz’s ever-witty direction heightens the script by Craig Allen and Eric Kallman – and allegedly the first time the clients saw the spot they were rendered speechless. The ad your ad could be like.
But the campaign really rocketed with its online ‘Responses’ project, where a Isaiah and a crack team of writers and producers created 186 videos over two and a half days, in responses to questions on social media. Looking back, there’s something endearingly handmade about this interactive campaign – in 2019 that thudding buzzphrase ‘mass personalisation at scale’ is inescapable and content is algorithmically tweaked, stitched together and served up. These days, pumping out high volumes of video on nano turnarounds is not unusual – did Old Spice unwittingly open a floodgate? Whatever its impact on the industry, sitting in an age of digital bubbles and personalised feeback loops and polarisation, the campaign also presented an alternative view of digital media – as a collective experience.

Don’t let the ‘small’ in Small Business Saturday fool you. This campaign from Crispin Porter & Bogusky and Digitas has been a huge success and it just seems to continue getting bigger. The event was conceived as an alternative to Black Friday, encouraging shoppers to support small and local businesses. American Express championed the event via social media and PR, sharing toolkits with businesses that wanted to take part. Now in its tenth year, Small Business Saturday has truly become part of culture in the US – and it also has a presence in the UK. According to Adobe Analytics, SBS generated $3.6bn in online sales for small businesses this year, breaking previous records. The campaign continues to evolve – this year American Express published a survey about the impact of empty shopfronts on communities as well as publishing an interactive guide to help small businesses get ahead of changes in retail. Since launching in 2010, American Express estimates that consumers have spent a total of $100bn at small businesses on Small Business Saturday.

Haunting, visceral and oh so real – Selinah was a daring charity film that demonstrated the effects of HIV and AIDs and the effectiveness of treatment by following the daily changes in a real patient called Selinah.  No CG, no prosthetics, no over-written fictionalised accounts – just the truth. The film broke South Africa’s 1-year dry spell in the film category at Cannes Lions and netted the agency a Grand LIA award. Crucially, the film also increased individual donations to the Topsy Foundation by 95% after four weeks. And while it may be a decade old, it’s a film that has stayed with us long after we first saw it.

One of the joys of covering the international advertising industry over the past ten years has been watching the countries of Central and Eastern Europe assert themselves. Romania in particular, has become something of a player, regularly flexing at award shows and producing sought-after creative talent. McCann Romania has been one of the drivers of this engine, and they truly took flight in 2010 with a campaign that trolled locals by giving popular chocolate brand Rom an American makeover. It went on to win two Grands Prix at the 2011 Cannes Lions – kicking off a decade of success for not only McCann Romania but for the rest of the Bucharest ad community too.

This exuberant escapade snuck in at the end of 2010, when it premiered on Facebook, before rolling out globally throughout 2011 – a counterintuitive strategy for a campaign that’s all about making a big showy entrance. Fredrik Bond’s fluid and playful direction mixes with the laidback stylings of Danish band The Asteroids Galaxy Tour. The spot from Wieden + Kennedy was an ambitious repositioning of the beer as a premium, global brand and it formed the foundation for its ‘Man of the World’ vibe that lasted for several years.

This first class piece of print advertising from JWT Shanghai aimed at first class air travellers is an exercise in painstaking art direction. It’s also an instructive lesson in the importance of flexibility when it comes to execution. The journey of a tough Samsonite suitcase through the ‘hell’ of storage mirrors the ‘heaven’ of its owner floating above on a luxurious first class flight was originally envisaged as an oil painting. When that failed to capture the emotions the team were after, they approached Illusion Studio in Bangkok who created a CG image that appears hewn from marble (find out more about the production here). That extra push was worth it – the ad was so successful that it was named the Gunn Report’s most awarded ad of all time in 2011.

Prank calls, ballet class punch-ups and Home Ec food fights – this cheeky spot from the team at the erstwhile MCBD and director Vince Squibb is irresistible. It may not be the biggest campaign on the list but it’s the most fun. It’s also an exercise in the persuasive power of emotion. That feeling of fleeing with your friends in fits of shrieks and giggles has been distilled into a 60 second ad. It’s good to be bad.

IKEA – You Will Always Find Me in the Kitchen at Parties

If this is series of articles is the LBB equivalent of a big ol’ New Year party, then this particular paragraph is the kitchen. And if you always find yourself in the kitchen at parties then you’ll know exactly what we mean. Mother and director Kim Gehrig resurrected the catchy but just-obscure-enough Jona Lewie track to do the seemingly impossible – create a cool kitchen ad. A decade on and it’s still a total earworm.

The stuff of legends. An ad so colossal in its ambition and rife with behind-the-scenes drama that the industry hype and anticipation was unprecedented. With director Alejandro Gonzalez Inarritu, a future Oscar winner at the helm, the Wieden + Kennedy spot featured soccer superstars and a constellation of celebrities and explored the idea of multiple possible futures, contingent on the players’ success at the upcoming South African World Cup. Surprisingly quantum stuff for a sports ad, when you think about it. It went on to do the business on the awards circuit, of course, but it also set a template for the all-star line ups of the NAU (Nike’s advertising universe) for the decade – and it was a whole two years before the Avengers first assembled. 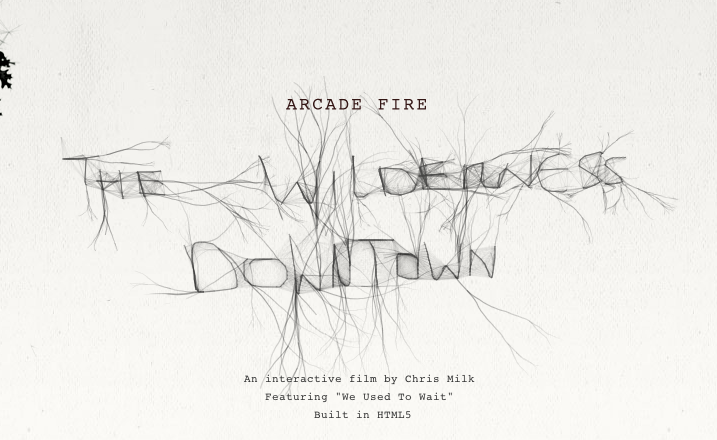 This project from Chris Milk, Google Creative Lab and B-Reel was massive among a certain tribe of indie kid (ahem). It was pioneering in how it combined Google Maps and Street View to incorporate the viewer’s childhood home into the video. And yet revisit it today, if you can navigate what is now a fairly clunky interface, and you get a feel for just how far we’ve come in terms of user experience. But that’s not to take away from the creativity and poetry of this interactive music video that offered us a hopeful glimpse of what the decade might bring in terms of creative technology. Keep in mind this was just before the virtual reality and augmented hype train - this was where we were. 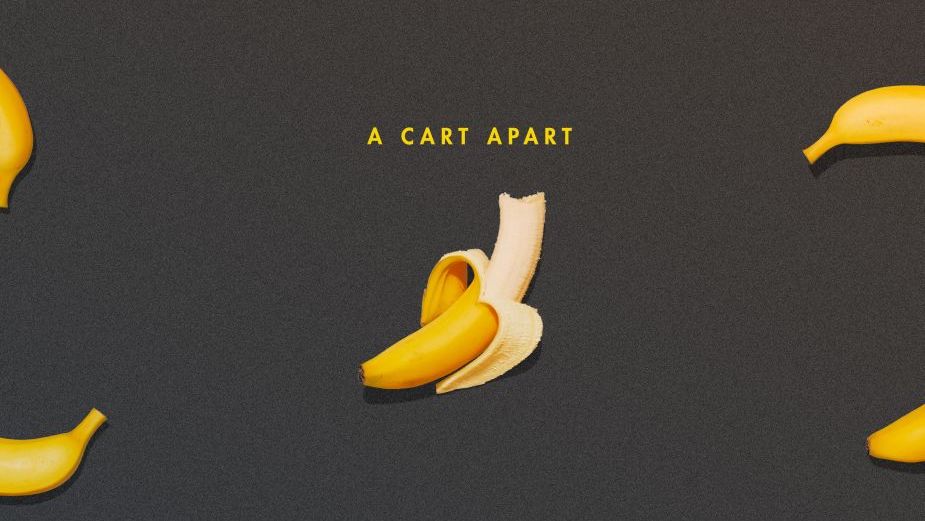 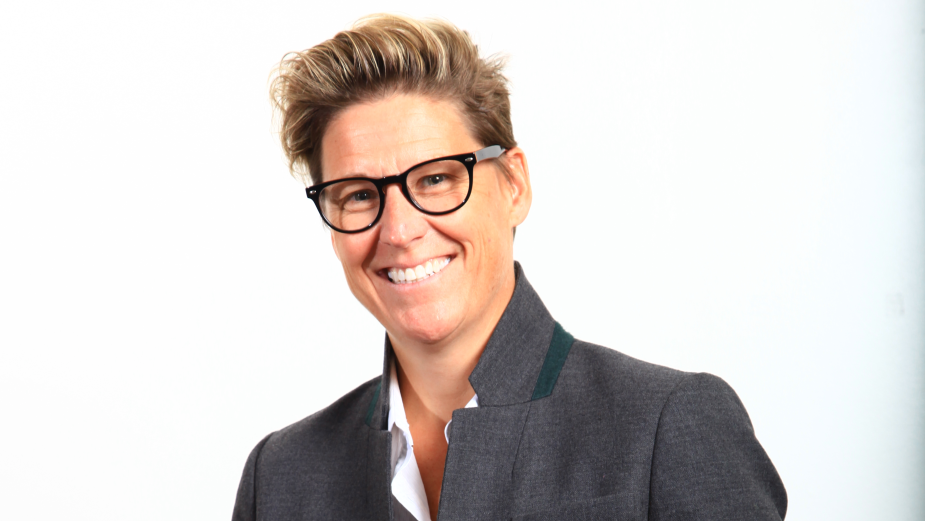 “The Financial Hardship Has Been Devastating for Freelancers” 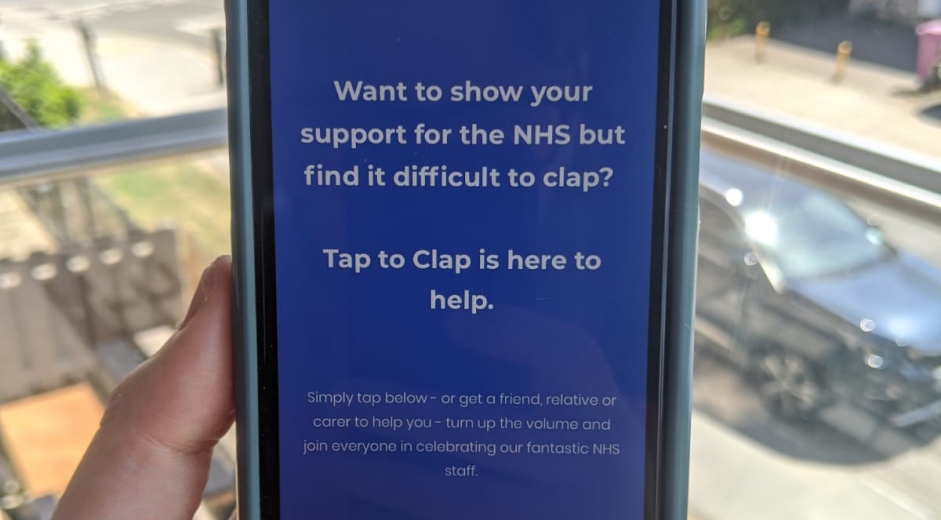 The Clever App for those Who Can’t Join the Clap 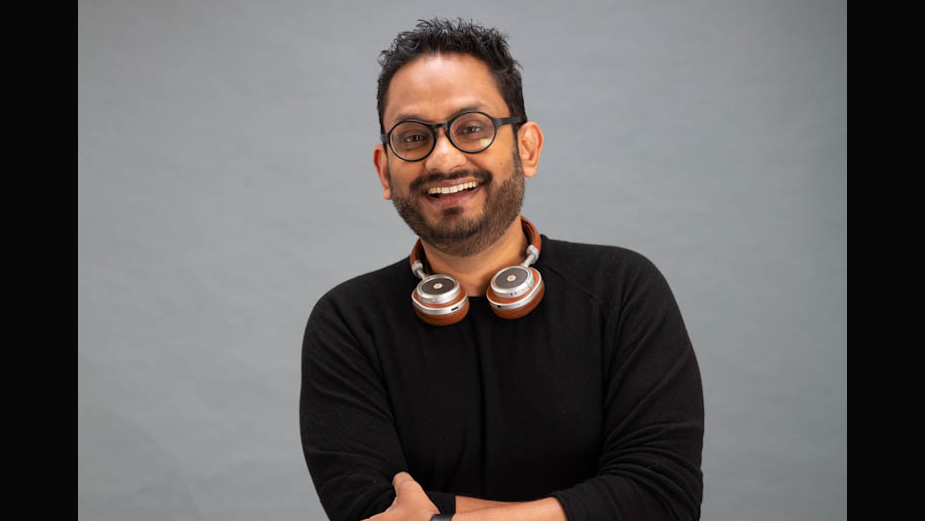 “We Are Not in the Creative Business. We Are in the Business of Creativity”
View all News 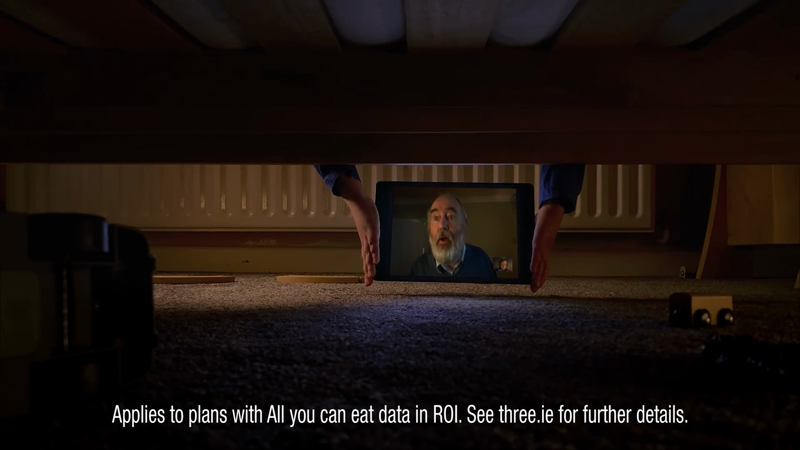 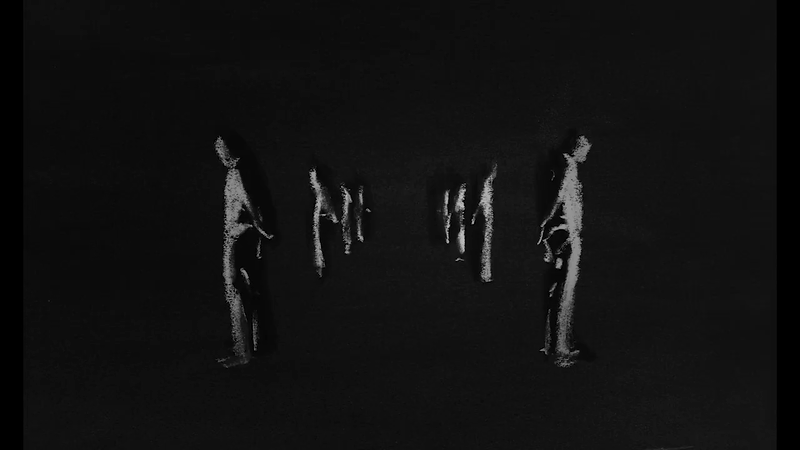