The team at Work Editorial discuss their Super Bowl game plan, exploring what it takes to tackle the high-pressure spots, their favourite projects and how they handled a myriad of campaigns for 2021 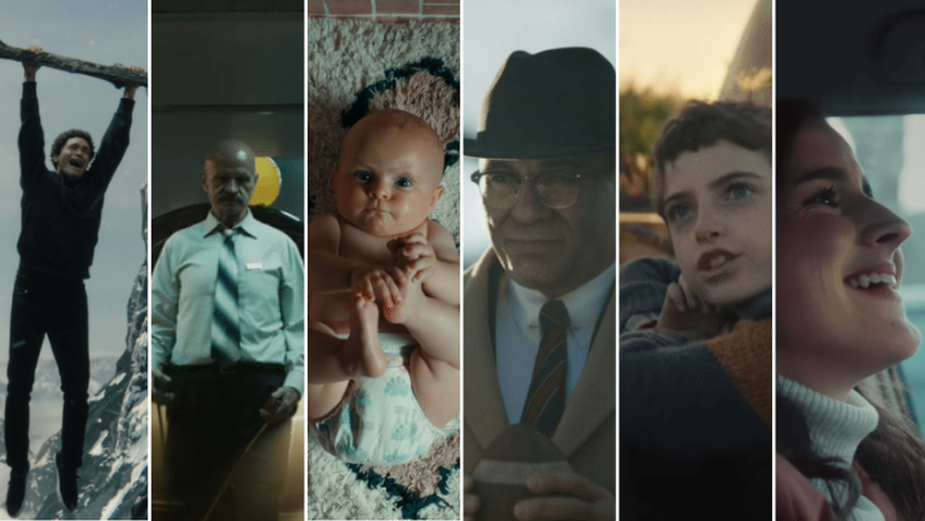 There’s no event quite like the Super Bowl. For players and advertisers alike, the pressure is on. Invariably, we see the biggest directors, blockbuster-worthy visuals, and A-list celeb cameos - all presented with the highest level of editing polish.
One edit house with an enviable history of cutting spots for the Super Bowl is Work Editorial. Having been behind such iconic campaigns as Skittles’ ‘Exclusive the Rainbow’, NFL’s ‘NFL 100' and Audi’s ‘Daughter', the team are seasoned vets at tackling crazy working hours, tight turnarounds, and the ultimate pressure of delivering some of the most-watched commercials of the year.
2021 is no different, with Work lending its editorial expertise to six Super Bowl spots. Employing a cavalry of editors, we see the team take on campaigns for Huggies (Stewart Reeves and Trish Fuller), Paramount (Rich Orrick and Jono Griffith), Indeed (Ben Jordan), Chipotle (Stewart Reeves), NFL (Biff Butler), and Vroom (Mark Edinoff).
Here, we speak to some of the team behind the wide array of Super Bowl work, as Stewart, Mark, and Trish dive into what it’s like to edit for the big game campaigns.
- Edited by Stewart Reeves and Trish Fuller

Q > Would you say there’s a particular knack to editing for Super Bowl spots?

Stewart Reeves > Like any job, I always think our job is to be the calm voice in the room. You have to understand that everybody else has been living with this project much longer than you. Try not to buy into the hype and cut the best job you can. You should be open to a lot of people having opinions and be able to take them all on board - whilst also giving people the confidence that their initial instincts are normally right. Occasionally someone might ask if a performance is right for the Super Bowl and I think it’s my job to ask ‘is it right for the commercial?’
Mark Edinoff > I don’t really know, but I guess there can be more pressure!
- Edited by Mark Edinoff

Q > Work has been behind countless Super Bowl commercials across the years. What have you learned that you take forward each time? Have you noticed any particular changes to the work / demands?

Stewart > You know you’re going to be working crazy hours and you know that the people whose names are on the agency’s doors will be looking at your work, but I try to not let that get into my head. I also think it’s important to enjoy the process. Some of the creatives haven’t worked on such a high-profile commercial and are naturally nervous and excited, so they want to try everything. Be open and try anything and then be confident enough to have an opinion on what you think works best, even if it wasn’t your idea.
Mark > I’ve only done a couple but they’ve always been accidental! They’ve started out as something else and then, because they were so loved by the client or agency, they switched it up to Super Bowl spots.
Trish Fuller > Huggies is my first one and I’m super grateful to our EP Erica Thompson, Droga5, and the uber-talented Mark Molloy (who really is a genius) and Stewart for getting me involved in this campaign. It was an absolute joy and everyone who worked on it was awesome. We all had a really good time, the footage was incredible, and we all worked towards the common goal of every spot in the campaign being incredible.
- Edited by Stewart Reeves

Q > How has the pandemic affected the way you work on spots this year? With viewing parties and public events at an all time low, people are much more likely to be at home paying closer attention to the spots. Have you noticed a different kind of storytelling style emerge in light of this?

Stewart > I didn’t notice a change in style, but in work practices for sure. On one of the jobs, the director was in Australia, the agency was in New York, and the sound designer was in London - so juggling time zones was important! As the pandemic has gone on, everybody has settled down and grown used to the way it works, but it’s still tough to judge people’s reactions to things when they’re in little boxes. I miss the opportunity to find one of the editors and show them something to see if an idea is working, or to get some other music ideas. Fortunately working with Trish in New York this year was great because we were sharing all of our work with each other.
Mark > The process has been remote this year so in a way it has been very different. I started on a Super Bowl spot in February 2020 in New York, and finished it at the start of 2021 in London.
Trish > Well obviously we’re all working from home, and I really miss the camaraderie, support, and the getting to know new people when you’re all in one room at our office. I do feel though generally, the process is quicker in terms of the time that we spend working with the agency. Everyone is at home, kids are at home, there’s home-schooling happening and all sorts of other outside elements that people don’t normally have to deal with when they’re at work. Apart from the fear that everyone had (and continues to have) at the beginning of the pandemic I, like most editors, saw all the spots I was scheduled to work on disappear, one by one - it was pretty alarming. Once projects started coming back in, there was a real drive towards found footage, so I did a bunch of spots like that at the start. I feel as though slowly, slowly we’re getting there in terms of production now.

Q > What were the biggest challenges involved in the spots you worked on this year, and how did you overcome them?

Stewart > Working in the office alone, I sometimes felt like Howard Hughes, time zones (I didn’t). The schedule on Huggies was really tough, especially with the amount of footage Mark had to shoot, just to get the right performance from the babies. The only way to overcome that is to drink lots of coffee and just do the next thing on your list. Don’t look at the mountain, just at the small steps in front of you…
Mark > Working remotely and hoping people trust you, particularly at the beginning of the pandemic when we were dealing with technology that we didn’t even know existed a month or two before.
Trish > Lots of coffee! The fast timeline was challenging at the start; Mark was filming in South Africa for five days and we’d get dailies the same day (because of the time difference) which actually worked really well for the tight schedule. We basically worked like maniacs those first couple of weeks. The handy thing was that Stewart was in LA and I was in New York so we could pick up tweaks and edits that the other one was working on - it was a great collaboration and lots of fun.
- Edited by Rich Orrick and Jono Griffith

Q > What have been your all-time favourite Super Bowl spots to work on?

Stewart > I have been fortunate enough to work on quite a few and I have to say each one has a special place. Audi’s ‘Daughter’ was great because I got to work with Aoife (McArdle) whose work I was a huge fan of. Chevrolet with Noam Murro was my first oen and I wasn’t really aware of it being a big thing until Jeff Goodby turned up to my edit suite! Working with Bryan Buckley, who is undoubtedly the king of the Super Bowl, on Sodastream was an honour.
I also did a spot with a really old friend of mine, Hamish Rothwell, which was super simple for Bai. That was so much fun because Hamish and I had worked together for years on tiny ads in Australia, and then all of a sudden we were in LA doing a Super Bowl commercial.
Mark > Skittles’ ‘Romance’.
Trish > This one!
- Edited by Ben Jordan

Q > And, just for fun, what are your all-time favourite Super Bowl spots you DIDN’T work on, and why?

Stewart > Everyone says 1984, but for me it's Chrysler’s ‘Imported from Detroit’. The writing, the music… Or, the one I was to support to edit but the schedule was messed up was ‘Mophie’ for Chris Riggert. That one stings.
Mark > Terry Tate’s Reebok for the humour in the brutality. Also ‘It’s a Tide Ad’ from 2018 - I loved the amount of genre gags in one spot, it would’ve been so much fun to cut. Old Spice’s ‘The Man Your Man Could Smell Like’ is just a classic, and VW’s Darth Vader spot has some lovely observational dry humour.
Trish > I love Jono’s Doritos spot from last year by Lance Accord, and his NFL spot a couple of years ago from Brian Beletic. Like Mark, I also loved the Tide campaign a few years back!
view more - Behind the Work 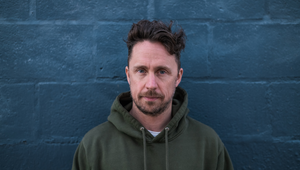 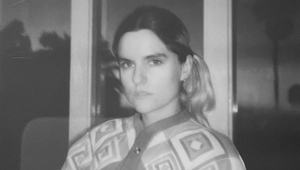 Finely Sliced: Discovering Another Dimension to the Visuals with Emilie Aubry 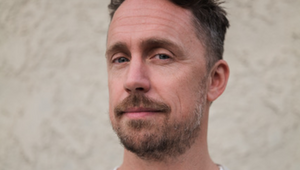 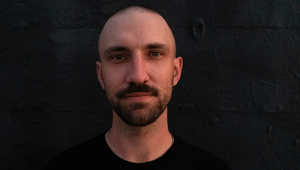 Chris O'Brien Promoted to Editor at WORK
View all News 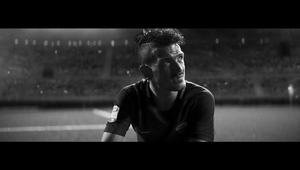 For the Love of Sport 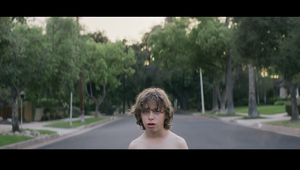 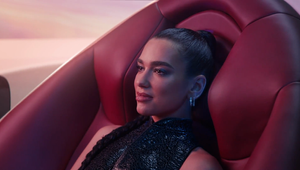 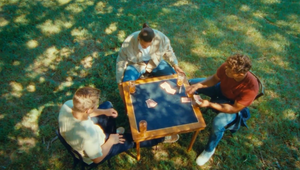