A Convenient Tooth in Grey London's New Spot for The Sun 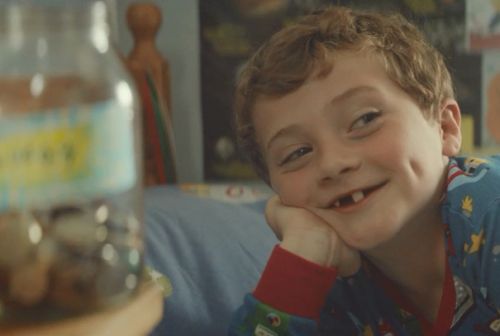 A new TV ad from The Sun and Grey London, part of WPP’s Team News, focuses on the idea that you can afford one of these brilliant getaways even with pocket money saved up from the tooth fairy.

Breaking on 3rd July, the 30' ad follows a cute little boy called Colin, determinedly wobbling his front tooth. Nothing can distract him - school, food, friends, even football - he just keeps wobbling it until he gets whacked on the head by a ball and it pops out in his hand. Finally, we see why he’s so pleased. It turns out our toothless wonder has been keeping the tooth fairy busy, proudly saving for his £9.50 family holiday with The Sun.

It was directed by James Howarth through The Sweet Shop. The creative team were Ben Buswell and Andrew Singleton and it was Creative Directed by Dave Monk.

“Every year The Sun sends over two million readers on a holiday from £9.50. Running for over 20 years, the programme is so successful that The Sun is now incredibly the UK’s biggest domestic tour operator. Celebrating the July £9.50 outing, Grey London has once again nailed it with an ad full of charm and humour - bang on for The Sun.”, said David Robinson, Marketing and Sales Director, The Sun.

"The idea that 'everyone deserves' a holiday is the reason that this promotion exists. It's such a generous sentiment.  We thought the idea of a kid being able to pay for one of these holidays simply by flogging their milk teeth to a tooth fairy was a funny one", added Dave Monk, Deputy Executive Creative Director, Grey London.

Director James Howarth said, “We had to cast really hard, but from the moment Austin walked in – no pretension, full of character, totally lacking any precociousness - we knew we had the perfect little star to bring this brilliant bubble of introspection and comic moments to life. The idea is rooted in a moment we’ve all experienced and a feeling we all want: Yep. Holiday. Booked. Lovely. Hopefully we’ve made something that does the job and cuts through the noise.”