As the iconic creative studio marks a quarter of a century on the market, LBB speaks to the key players to reflect on a groundbreaking past and cast an eye to an ambitious future 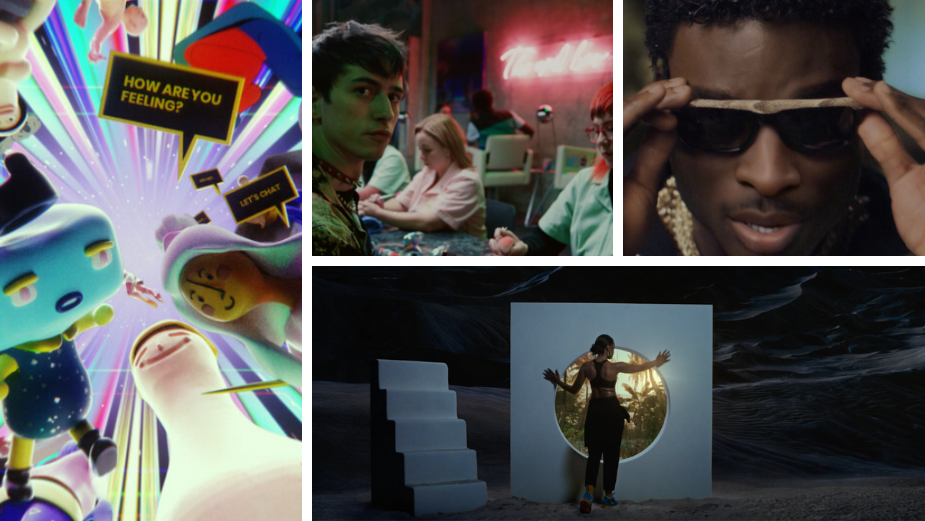 In some ways, 1996 feels like moments ago. In others, it’s part of what’s now become a monumentally distant era. Facebook was almost a decade away. Bill Clinton was in the White House. And many of 2021’s household names such as Zendaya, Tom Holland, and Florence Pugh were yet to be born.

It was also the year that Nice Shoes was established. The now-iconic creative studio wasted no time in making its mark, setting a new standard for client experience, innovative workflows, and technology. Those three pillars have remained standing for every stage of the company’s evolution over the proceeding quarter of a century to today.

Fittingly, 25 is also an age at which many of us are establishing a firmer sense of who we really are. And Nice Shoes, in the past, present, and future, is about evolution. It’s in the company’s DNA - be it offering high-definition post production in 1998, going remote for colour grading as early as 2011, or the more recently established experiential department which sprang to life in 2016 with the multi award-winning Mio Garden.

Above: Nice Shoes’ Mio Garden project immersed audiences in a magical, pastel-coloured world. The above is a 360 experience - please view on the Chrome desktop browser or within the YouTube app for the optimal experience.

So, what next? To find out, as well as reflect on the defining highlights of the past 25 years, LBB spoke to managing director Justin Pandolfino, executive creative global director Harv Glazer, chief growth officer Mike Palmer, and creative director Ninaad Kulkarni.

The Future Is The New Normal

“The future is wide open - isn’t that what Tom Petty said?”

As one of the creative minds driving Nice Shoes forward, those words have taken on a deep meaning for Harv Glazer. “He certainly wasn’t wrong. Every day there’s emerging technologies and trends that alter what we need to offer to keep up,” he says. “But we’re discerning - we won’t be jumping into every game out there, only the ones that make sense to us.”

For the rest of the team, those areas of interest are becoming ever-more clearly defined. “I see a big leap coming in the immersive space, specifically with experiential entertainment,” says Justin Pandolfino. “I think this was a trend that was primed to explode right before Covid struck and now you can already see it gaining momentum. This is a space that we have a foothold in as well as a couple of partnerships in some unique properties that we hope to realize in the next 12-18 months.”

To illustrate his point, Justin points to the success of recent projects such as London’s Van Gogh Experiential Exhibition and Illumiinarium’s Wild: A Safari Experience. Nice Shoes itself has been making pioneering strides with technology which resulted in groundbreaking projects such as Ninaad Kulkarni’s Rebirth.

Above: Rebirth, directed by Nice Shoes’ Ninaad Kulkarni, is an artistic VR experience that explores the marriage between mankind and nature.

“The use of immersive mediums such as Augmented Reality, Virtual Reality, and Mixed Reality are a crucial piece of the future of storytelling,” explains Ninaad. “Each of the extended realities listed above have their advantages, using AR we are able to bring realistic animated 3D objects to life, and using VR we are able to teleport the user to a completely different world and showcase stories that leave a lasting impact.”

Perhaps most excitingly of all, there’s reason to believe that we are still some way away from realizing the ultimate potential of these technologies. In the words of Ninaad, “As technology keeps taking major leaps and powerful computers become smaller, we will see an immersive industry become dominant.”

To say that Nice Shoes has changed following the events of 2020 would hardly make the company a unique case. In a multitude of ways, we’ve all had to change following the disruption wrought by Covid and other social and political reckonings of the past 18 months and counting. And yet, the precise way in which Nice Shoes is changing, leaning into renewed scope and ambition, is worth remarking on.

Later this year, the company will move into a new office and collaborative working space at 166 Crosby Street in New York. “We have called 325 Park Ave South home for over 25 years so moving to a new space was a big decision,” notes Mike Palmer. “We’ve been able to plan the layout to meet exactly the needs of our clients, and to maximize efficiencies of how the rooms are laid out. And although Park Ave was never a shabby address, the Soho neighborhood is a great place for transport and restaurants which was an important decision to make our clients' lives easier.”

That focus on the client experience is by no means incidental - it’s been part of Nice Shoes’ philosophy ever since the beginning and updating it for the post-pandemic world is very much a natural step. As Justin explains, “The 2021 client experience is focused on ease of use. It removes the rough edges, the red tape, the multiple contact points, the obnoxious negotiations, the constant overages, and the finger pointing. It’s about a true, trusted partnership that drives business results and views profitability as a result of that relationship rather than the reason for that relationship.”

If that sounds like a grand ambition, it’s meant to. In recent months the company has been picking up on a steadily-growing wave of commercial optimism which could reach its crescendo at the peak of this year and into next. “We’ve seen a tremendous lift in revenue across all nine of our service offerings,” says Justin. “We’ve leveraged the boost in confidence (and revenue) to make some big investments in real estate, technology, and talent. The Nice Shoes that everyone knew going into the Covid crisis was a different company than the Nice Shoes that everyone is getting to know on the other side. And that’s a good thing.”

The turbulence of the pandemic era has, for better or worse, been an opportunity to pause and reflect. In finding new motivation, many of the team found similar themes which reflected their reasons for joining Nice Shoes in the first place.

“I think I speak for many Shoesians when I say that our motivation is helping creatives bring their ideas to life,” says Mike. “Any idea can always be produced in many ways, and the collaboration between creatives and producers at the agency or brand and our artists is always inspiring.”

“The team is constantly evolving, growing, rooting out into new spaces,” observes Harv. “And by continuing to be creative and filling the voids we find in our client’s needs we will only get bigger and better.”

For Justin, there’s a clear foundational purpose in investing in that creative talent. “I look at our artists as clients, as well. There needs to be a strong value proposition to recruit and retain your talent just like there must be for clients,” he says. “When we’re on-boarding new talent, for example, we don’t treat them as ‘juniors’ or anything like that. They’re tomorrow’s rock stars.”

And as for Ninaad, the successful realization of that creative vision will spark positive consequences far beyond the Nice Shoes ecosystem. “As we rapidly expand, innovate & continue to bridge the gap between creative storytelling and technology in an immersive medium, I believe we hold a great responsibility to bring a positive impact in the world,” he explains.

More creativity, more tech-driven immersion, and more positively impactful storytelling? Count us in for another 25 years. 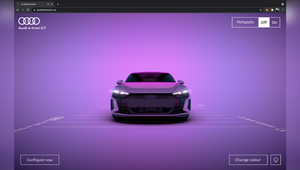 Behind the Work: How Nice Shoes Built Audi an Immersive Virtual Showroom for its New eTron Vehicle 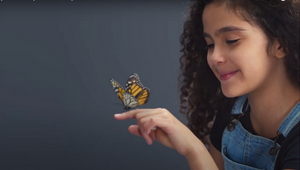 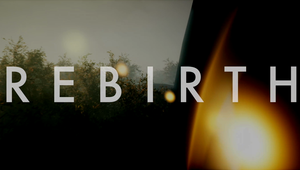 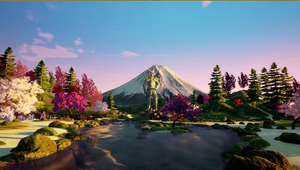