The Passion Paris director discusses her first collaboration with the animation company - a film that recounts the romantic setbacks of a carefree, naive and fickle young heroine 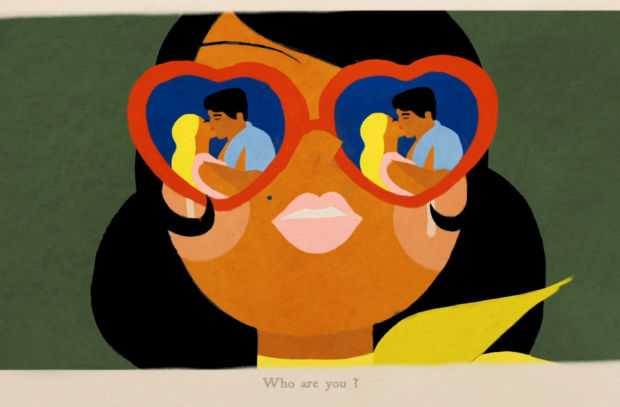 The fruit of a broken heart and endless binging on Italian romantic comedies, 'Paroles d’Amour' (French for 'words of love') is the very first collaboration between Chiara Luber and Passion Paris.
The film, which was directed in full 2D, recounts the romantic setbacks of a carefree, naive and fickle young heroine. A series of soft, muted images illustrate the words of our disillusioned heroine, Mina, enwrapping them with a subtle mix of comfort and tears. Here, Chiara discusses the process behind the beautifully animated project.
Q> In this film, the protagonist reminds us of Audrey Hepburn in Roman Holiday. What inspired you when making this film?
Chiara Luber> Audrey Hepburn was an obvious source of inspiration for this film! It’s Audrey Hepburn’s esthetic mixed with Holly Golightly’s personality - avoiding romantic ties while secretly pursuing them despite past disappointments.
Q> As soon as the first image appears, there is a vibrant aesthetic that comes through. What technique did you use?
Chiara> I wanted to give this project the appearance of old vintage postcards, with muted colors, giving them an altered reality that’s always captured my imagination. To obtain this 2D rendering, I had to juggle several different softwares and make a selection of various textures, digital paint brushes and colors. What I was hoping to achieve through my images, is to take the viewers on a journey through glorified vacation memories, have them sway from page to page and get lost in the soothing landscapes. 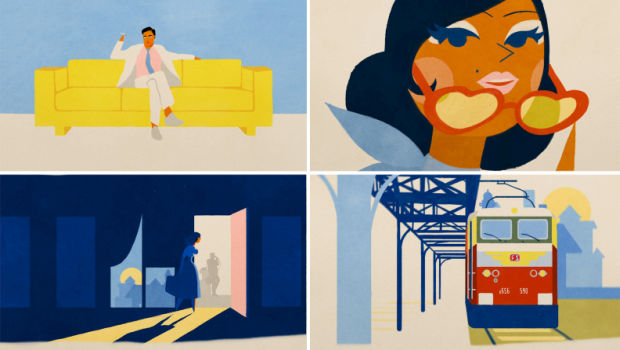 Q> It is so easy to succumb to the charm of the Italian version, interpreted by Mina. Why did you choose this version in particular?
Chiara> “Parole Parole” by Mina is the original version of this masterpiece, although not as known in France; and it is an incredibly powerful number. The lyrics flow into a much more abstract version than the one interpreted by Dalida, turning this melody into a rather strange and complex composition. It also has a bit of a jazzy feel to it, which other versions don’t. It’s one of those songs you hear on the radio, at the end of a long day in your childhood home in Sicily, and hum along to with a smile on your face. It’s nostalgic, exotic almost, and invites you to go on a journey, if only through your own memories.
Q> Why do you always choose to showcase heroines?
Chiara> I can only tell a story I know. I think that in order to convey an emotion, one has to have felt it and understood it. My heroines are de facto extensions of me, evolving in a world built and warped by my own memories, trying to revisit some of my demons and obsessions. These are very personal themes, and I don’t feel it would be appropriate to use a male protagonist if the film is built around a woman’s perspective. Maybe, in one of my next projects, the hero will be a male character, but then it won’t likely be as introspective. 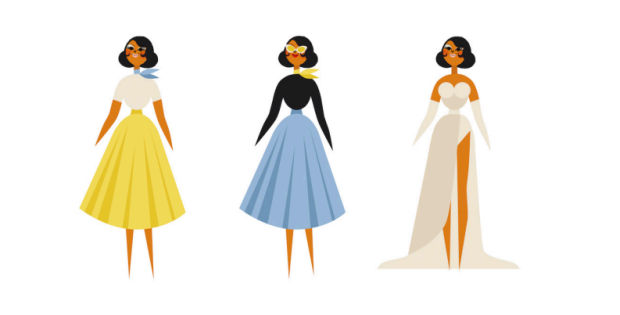 Known and recognised under the pseudonym Bleu Garou, Chiara Luber is a French artist. Trained as an illustrator, she became interested in animation and directing animated films while hanging out with the very trendy staff of “Pete the Monkey” where rising stars of the French New Wave scene collide. She focused her end-of-studies film project on 'Un beau langage' by Fishbach. The film is a success and Chiara’s charming artistic universe attracts the attention of artists Polo & Pan who entrust her with directing the now-famous 'Canopée'. Read more about her here.
view more - Creative 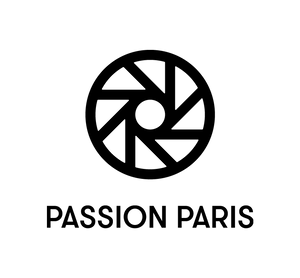 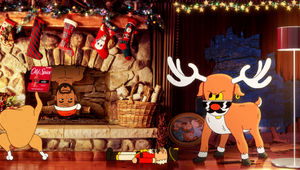 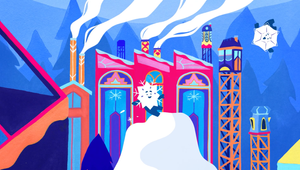 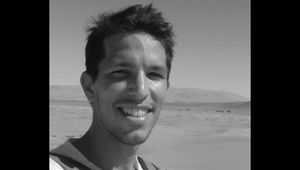 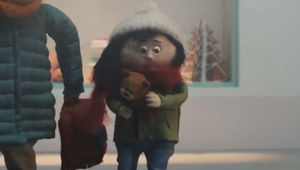 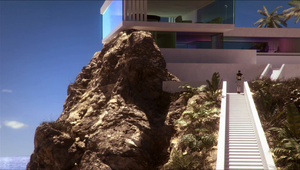 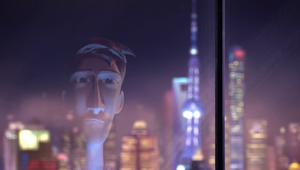 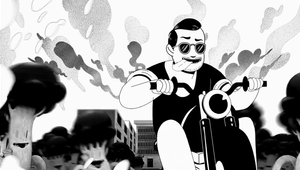 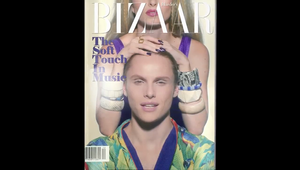