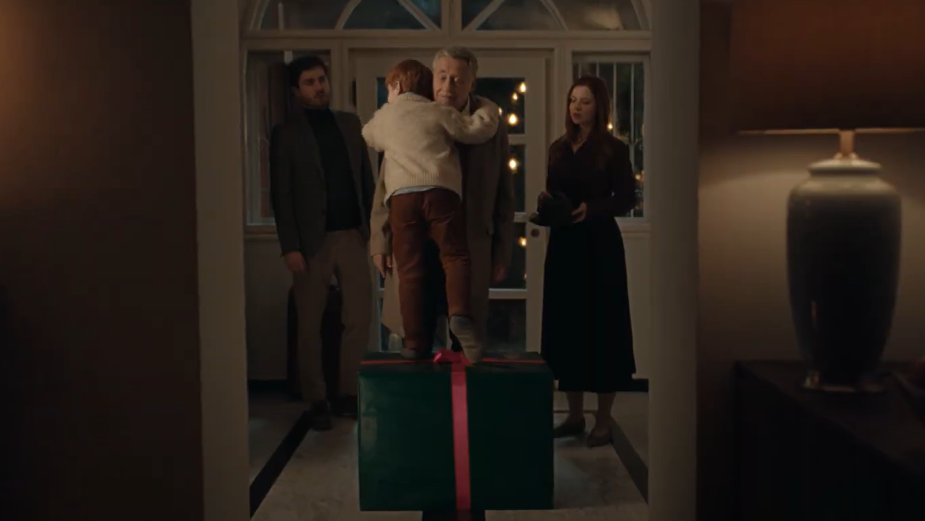 Deutsche Telekom countries in Europe have unified their Christmas campaigns under one creative concept to show the most we can give this year is to be there for each other.

The ad that will be aired during the festive season in nine countries where the Telekom brand is present and its origins in the insight of the emotional struggle and hardship of families of the last years.

In the last two years, the magic of the festive season has been seemingly fading out from our lives. It was especially true last Christmas, when many families switched to survival mode, and spent the holidays keeping a safe distance to protect each other. In the very same year, we realised: how essential and important digital is, ​but also how fundamental physical contact is for our wellbeing.

This is particularly true to young children, who share a magical bond with their grandparents. Although the elderly have learned ingenious ways to keep in touch digitally, physical connection was truly missed and made families struggle. So this year it is important to return to the true foundations of the holidays and try to give the greatest gift one can give to another- the gift of personal connection, care and sharing of memorable and valuable memories. This is a true universal insight which works on all the countries who combined forces to craft a universal story which can resonate all through Europe.

In a campaign film developed by DDB Budapest and directed by Stina Lütz, Deutsche Telekom explores the relationship of a grandson and his grandfather who have not met for a long time, but kept close thanks to the little, clumsy online interactions between them during the year, until the moment when they will meet each other at Christmas.

The film was shot at Hungarian locations with a local crew through Cinesuper, and a widely acknowledged film and theatre actor, Róbert Koltai in his first commercial role. The onscreen copy (‘The greatest gift is being back together’) suggests a bold and caring step beyond what a Telco provider can offer and celebrates being present as the biggest gift anyone can give.

This Deutsche Telekom Christmas ad will be released in nine markets. Starting with Austria followed by Poland. Also, Hungary, Croatia, Czech Republic, Montenegro, North Macedonia, Romania and Slovakia will launch this campaign in the last week of November.