90s Rollerblade Kids Are All Grown Up in Grenadier's SunnyD Film 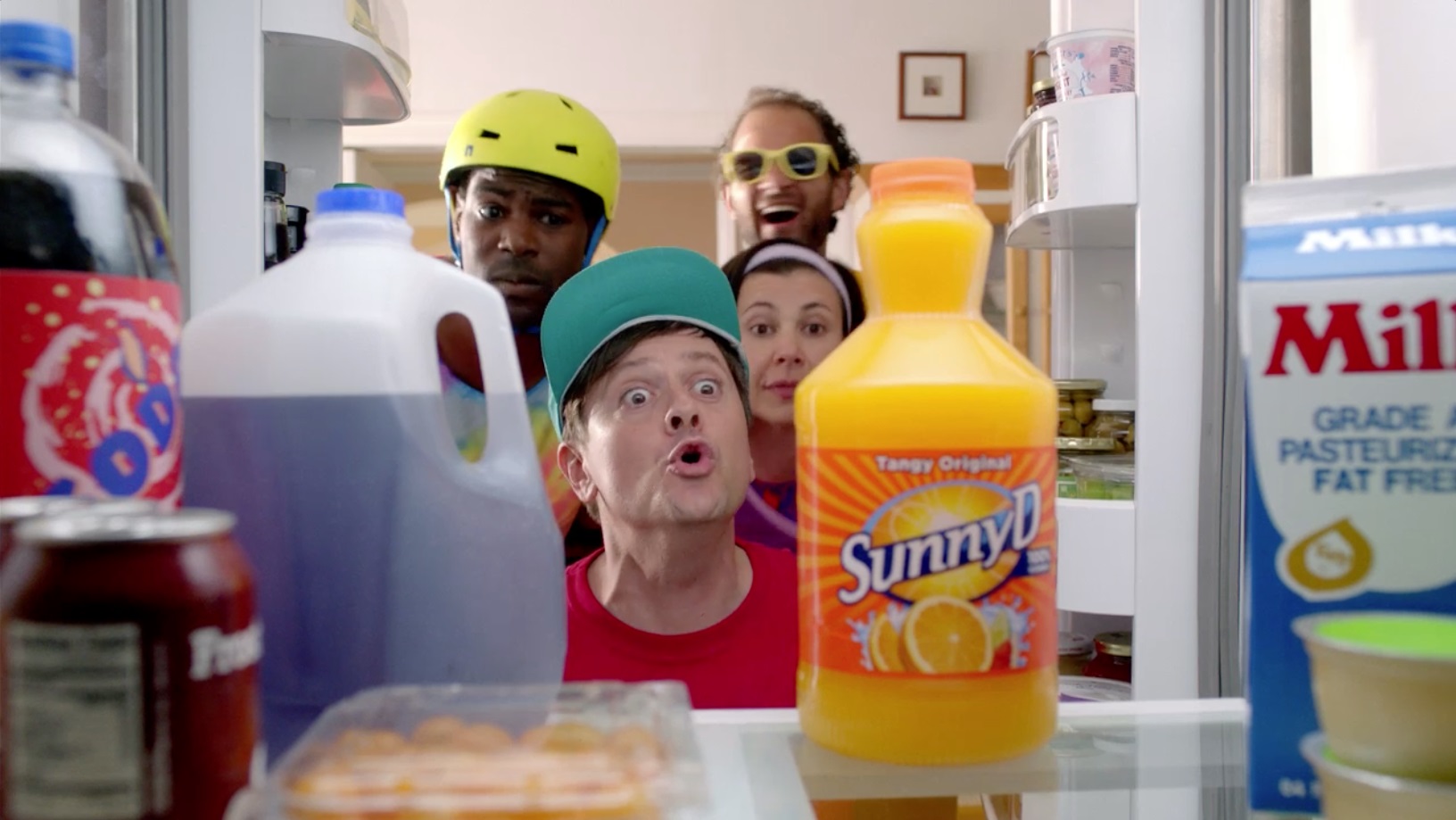 The 2015 spot picks up where the 1990s spot left off, and the once-youthful rollerbladers are now pushing their mid 30’s. And, while they might still be as excited as ever to push aside the soda and purple stuff to get to their beloved SunnyD, after 20 years of this, Mom’s having none of it anymore. In fact, she thinks that rather than needing “refreshment”, these kids need jobs.

The spots tag with a visual of SunnyD bottles against an orange splash of the beverage while an amped-up narrator yells, “Keep it sunny people!” The million-dollar media buy targets Millennial parents who grew up with the SunnyD brand.

“Fun has always been at the heart of SunnyD,” said Dave Zellen, marking director for SunnyD. “As a brand, we try not to take ourselves too seriously and to act with self-awareness. And what better way to poke at our place in pop culture than by satirizing the iconic “purple stuff” spot? It’s our way of taking an unapologetic stand for fun and optimism.”

“Our goal was to reenergize what makes SunnyD so great,” said Rob Hofferman, partner at Grenadier. “To do that, we looked to the past to drive the brand forward. For people who grew up with that spot – who are now Millennial parents or a little older – it’s a great way to give them a fun touchstone to that time that they can now share and pass on to their kids.”

Fifteen and 30-second executions of “Rollerblade” launch Monday in local TV markets—TV/OLV in Indy, Charlotte and Sacramento—and a 40-second version will run nationally on YouTube and social media sites.

The new work expands on the Boulder, CO-based agency’s relationship with SDBC. Grenadier took on the company’s Fruit2O water account duties in 2012.