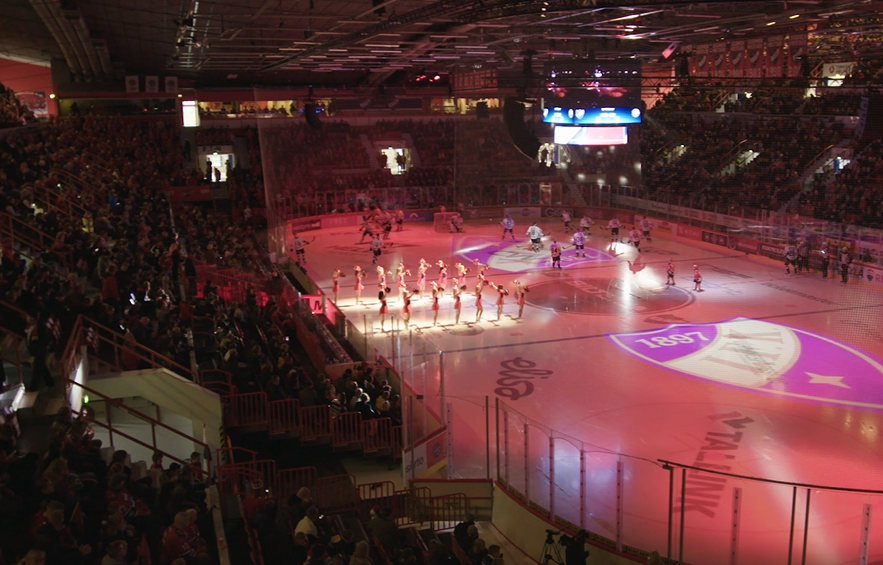 Baton met puck this weekend when two cultures collided at an ice hockey match in Helsinki, Finland, where two teams battled it out to a soundtrack fuelled by an 85-strong symphony orchestra and choir.

Internationally renowned conductor Nick Davies raised the roof of the Helsinki Ice Hall, nicknamed 'The Beast Cave', on Saturday 12th October to celebrate the 200th anniversary of Sinebrychoff, the Finnish brewer behind Koff - shirt sponsor HIFK for over 30 years, as they took on arch-rivals TPS in a midtable SM-liiga clash. HIFK took the win - 2:1

Advertising agency hasan & partners created the experience with Sinebrychoff, entitled Red Classics, and coordinated six months of secret planning and preparations to recruit the Vantaa Pops Orchestra, and transform the 8,200-seat arena to accommodate a choir of 35, Davies’ 50 musicians and their instruments.

To ensure the arena’s acoustics sounded like a concert hall and unexpecting fans got goose bumps, rows of seats were adapted and an ice-melting audio system installed. This made sure  every fan experienced the full symphonic effect of the setlist’s 40 movie theme tunes, rock, pop and classical music hits.

The Iron Man 3 theme provided a gladiatorial build-up as the teams took to the rink. Then, for more than 60 minutes, Davies married on-ice action with songs rehearsed to respond to the drama, goals and glory, before the final horn signalled a spine-tingling rendition of Star Wars Throne Room.

Alexander Sneen, marketing director, Sinebrychoff, added: “Our mission with Koff is to fight boredom. In honour of our anniversary year we want to give people an experience like no other. The power of Vantaa Pops Orchestra lends itself perfectly to the drama of ice hockey, and the passion of its fans.”

Mikael Nemeschansky, creative director at hasan & partners, commented: “Koff has sponsored HIFK for over 30 years, one of the world’s longest sponsorship deals. Music has been a big part of Koff’s brand and it’s also a big part of hockey, so it felt very natural to create Red Classics and do something fun with HIFK.

“Koff has a long history of doing unique and entertaining events, which dates back more than 20 years when it arranged a concert with Finnish band Leningrad Cowboys and the Moscow Red Army Choir. Since then it has brought huge artists to Helsinki and put us on the global gig map with acts like 50 Cent and Foo Fighters.”

Roland Carlsson, marketing director, HIFK, said: “We’re honoured that Koff chose to celebrate its 200 anniversary at this match. It’s brilliant to offer our fans something completely unique, it’s an experience that will unite sport, music and culture.”

Janne Rönnbäck, general manager of the Vantaa Pops Orchestra, added: “Two different worlds united by passion, discipline and community.  It will be exciting and demanding for the orchestra, and we hope to play the HIFK goal-song many times.”