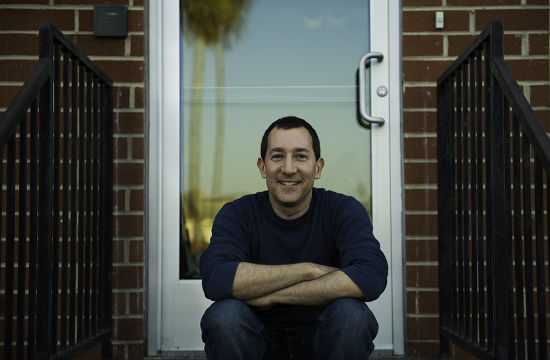 
740 Sound Design And Mix is thrilled to announce the addition of Lead Mixer Larry Winer to their award-winning audio company.  Winer comes on board 740 with an extensive background spanning television, feature, and commercial sound mixing.  Joining him is Sound Designer/Mixer Michael Dillenberger, also a seasoned professional.  The arrival of these sound experts goes hand-in-hand with 740’s recent fast-track growth since the expansion and addition of mix studios to their Los Angeles facility in 2010.  Expanding the space by nearly ten times the size, the reconfiguration offers 740’s clients state-of-the-art audio facilities and the highest level of talent in the fields of sound design and mixing.
Embarking on a new adventure in 2013, Larry joins 740 to contribute his wealth of experience in the role of Lead Mixer.  Most recently, Larry’s credits include mixing TV shows like “Bobs Burgers” on FOX, “Brickleberry” on Comedy Central, and IFC’s “Out There,” and the sonic branding he created at Margarita Mix for commercial campaigns such as Chevrolet, Svedka Vodka, Ghiradelli Chocolate, GMC, Nascar, and Honda Motorcycles. Larry, a native New Yorker, was originally led to Los Angeles by his music study, where he quickly secured a place at J. Walter Thompson composing jingles for “The LA Opera” among other advertising projects.  Larry joined Margarita Mix in 1992, where he mixed campaigns for ESPN, Mitsubishi, Ford and the launch of the first Annual X Games.  After six years, Larry moved to The LA Studios, becoming one of the top ADR and dialogue mixers of notable animation work such as King of the Hill, The Lion King, and the SpongeBob Square Pants movie.  It was during this time that he was featured in the LA Times “Working Hollywood” column for his portfolio of high-profile films such as Shrek, Madagascar and Over the Hedge.  After nine years of animation, Larry returned to Margarita Mix in 2007, where he focused on TV and commercial work.
Also joining 740’s Los Angeles office is Michael Dillenberger, arriving with ten years experience as a sound designer, mixer and engineer.  Having moved to Los Angeles in 2012, Michael has already made a splash at his new home with his sound design for Nissan Mnemonic and mixing for Taco Bell.  Prior to that, Michael was recognized with a New York Emmy for Best Original Theme Song for his composition of Metro TV’s “Feet Fists & Fury.” A graduate of NYU’s esteemed Tisch Film School, Michael launched his career at NYC’s Digital Arts, where he worked his way up to Senior Mixing Engineer.  There, Michael sound-designed and mixed ABC’s groundbreaking emergency room documentary Hopkins, as well as shows and promos for nearly all major networks including National Geographic, Comedy Central, A&E, Bravo, Food Network, MTV and VH1.  In addition to TV arrangements, Michael has composed and mixed several features including Four Seasons Lodge (Silverdocs/IFC) and Crossing Arizona (Sundance.)
Executive Producer Scott Ganary is excited by the company’s ongoing expansion as 740 continues to broaden the scale and delivery of their sound design and mix content.  Each audio artist comes to 740 with the experience and sophistication to contribute to the long-standing vision of the company.  With combined credits that make up some of the most-watched commercials, tv shows and feature films, the addition of flourishing talent is propelling the company’s momentum to deliver 740’s clients with the best postproduction audio there is to offer.
view more - Hires, Wins & Business