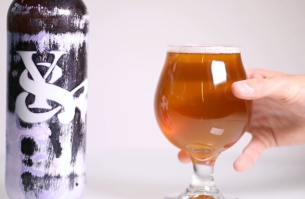 The experimental projects of 72U, 72andSunny’s in-house creative residency, have taken all sorts of forms, including award-winning short documentaries, interactive music videos and a 60-foot public mural. Its latest project happens to be tasty, too: a limited edition batch of India pale ale beer.

72U’s “Yes&” IPA takes its name from the improv concept of building on progress by always responding with a “yes and,” which is one of 72andSunny’s operating principles. “Yes&” is a summertime IPA with a light amber color, forward citrus flavors and a slightly bitter hop finish (taking from both Mosaic and Citra hops for you beer fans). Over a four-week period, 72U’s seven-person team produced 20 gallons of “Yes&” IPA and created a mural to design the 60 22oz. bottles.

While the beer turned out well, the bottle design didn’t… at first. Laying out all the bottles on a canvas, the 72U team painted one large mural, ensuring each bottle was its own unique work of art and still part of a collective art piece.

What they got was something that looked like this: 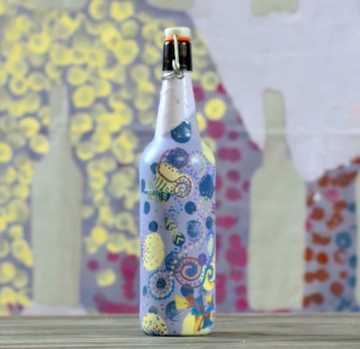 No one was happy with the original design, but instead of starting from scratch, the 72U team insisted on moving forward and working with the existing bottle designs. After doing some experiments, the team sanded down the bottles just enough to obscure the original design, exposing splotches of color and adding new patterns -- incorporating the initial flaws into the new design, that looked like this: 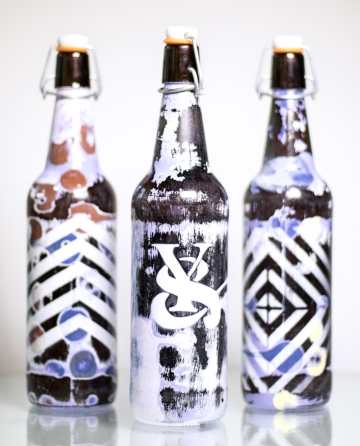 "Sometimes the best way to handle a mistake is to embrace it,” says Maria Scileppi, director of 72U. “Imperfection is what makes something interesting, it gives the object a story.”

See some behind-the-scenes footage of the team working on 'Yes&' below.