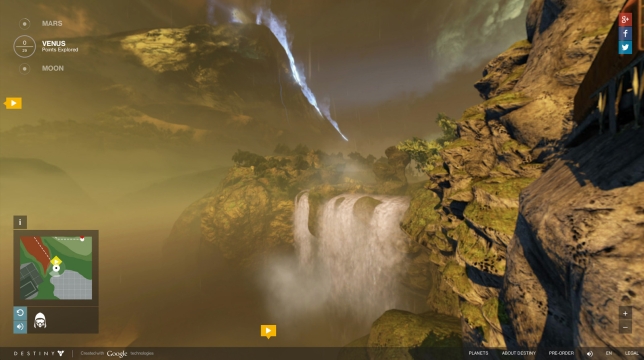 Leading up to the release of Activision's 'Destiny', 72andSunny has created 'Planet View'.

Created with Google technologies, 72andSunny created the Planet View experience, a way to discover the expansive worlds of Destiny using the familiar exploration tools from Google, giving fans an immersive first look of Destiny's actual in-game locations on Mars, Venus and the Moon.

MediaMonks worked closely with 72andSunny and developed the implementation of the worlds and storylines within a framework of everyday Google tools and products. The end result is a user experience that’s both instantly recognisable while still offering a completely new and exploratory framework for the legions of fans, including rewards and incentives for those who explore all planets.