72andSunny Looks to the Future of Transhumanism in New CoD: Black Ops Ad 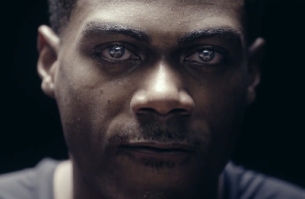 Imagine a world where DNA enhancement, voluntary limb replacement and retinal chips available for purchase are modern luxuries. If it feels futuristic and inconceivable, just take a look around you. In a new documentary-style short from 72andSunny, the world’s not-so-distant dystopian future is fully realized as technology is merged with—and eventually exchanged for—parts of the human body.

The film, titled “Ember,” begins by connecting today’s realities of doping and steroids, wearable technology and bionics to a future society where modified athletes are eligible to compete, brain-to-brain connections are possible and organ replacements become elective, aesthetic operations.

72andSunny uses both real news clips and live action footage to fully capture the past and realize the future of technological advancements and its effects on humanity. The film supports the launch of Call of Duty: Black Ops 3, Call of Duty’s most popular sub-brand and one of Activision’s most highly-anticipated game launches this year. Unlike traditional marketing efforts, “Ember” generates excitement for Black Ops 3 by exposing cultural truths of today and connecting them to the world of the game.