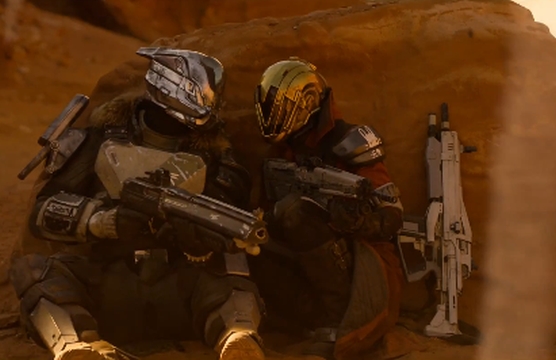 To introduce a mainstream audience to Destiny and it's in-game experience of planet-hopping adventures with their friends, 72andSunny created a cinematic 2:00 live-action trailer centering on a Fireteam's epic, action-packed road trip across our Solar System to face our enemies, take back what is ours and, in the end, Become Legend.

The trailer was directed by filmmaker Joseph Kosinski (Oblivion and Tron:Legacy), who previously directed acclaimed video game spots for Halo (Starry Night) and Gears of War (Mad World.) While most modern sci-fi/action-adventure entertainment relies heavily on CGI locations, Kosinski found success on Oblivion in making impossible worlds feel real by shooting as much in-camera as possible. He brought that same approach to bringing Destiny's worlds to life, sending the team to shoot in remote locations in Mexico, Arizona, and Utah to stand in for the future versions of our Moon, Venus, and Mars.

The trailer features the 'Immigrant Song' by Led Zeppelin, a band notorious for rarely letting any of their music get licensed, let alone what's arguably their most famous and iconic track.

The levitating AI character of the Ghost is voiced by Peter Dinklage (Game of Thrones, X-Men: Days of Future Past), who plays the same character in the game.