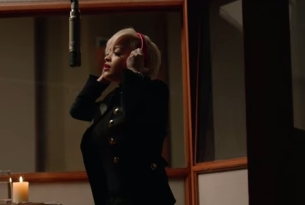 Whether it’s the first drop on a rollercoaster, the first swing at the birthday piñata or the first performance on stage, the anticipation for what’s next always pays off. 72andSunny’s new brand campaign for Samsung’s highly anticipated Galaxy S6 and Galaxy S6 Edge release brings those feelings to life.

The “Next is Now” campaign will support one of the biggest Samsung Global launches in recent years, the completely redesigned Galaxy S6. In its first work since being named to the Samsung Global roster, “Next is Now” will involve international media including broadcast, digital, experiential, OOH and retail activations led by 72andSunny.

To emphasize the Samsung Galaxy S6 and S6 Edge’s cutting edge design and technology, including its wireless charging, 72andSunny reminds us all of that future can be in your hands now.

“Anticipation,” a 60-second spot that will air online and on broadcast, follows several individuals’ suspenseful journeys through life’s intimate and public moments, highlighting the Galaxy S6’s role in the excitement. One of the characters in the ad is British singer-songwriter, Rita Ora, who can be seen in studio recording her verses on Charles Hamilton's "New York Raining," their latest single together. Miss Ora has also recently performed her Oscar nominated song "Grateful" at the 2015 Academy Awards in March and appeared on the latest season of "the Voice" UK edition."

“I’ve always been passionate about brave, bold design,” said Ora. “Partnering with Samsung for the Galaxy S6 and S6 Edge is especially exciting to me because the product combines my love for design with the most innovative technology.”

72andSunny’s was named to Samsung’s global roster in 2014 and its work for the Galaxy S6 marks its fifth Galaxy S phone launch with the company.