72andSunny Captures a Wave of Emotion for Samsung 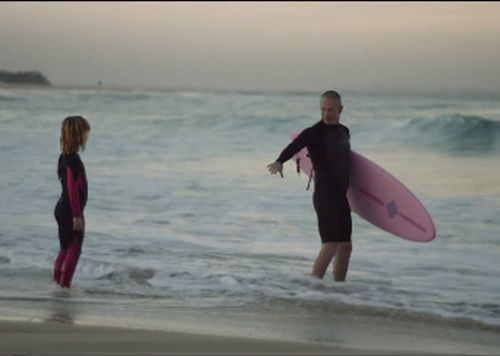 Samsung Electronics Co. Ltd. is launching a gripping film, created by 72andSunny Amsterdam, to celebrate their partnership of The Association of Surfing Professionals (ASP) World Tour ahead of the launch of the US Open Surfing competition.

The film, entitled ‘Every Day Is Day One,’ will launch on 23 July on Samsung’s YouTube channel and will be supported by additional social media activity.

The film features everyone from seasoned pros, to ASP rookies; from youngsters just learning to surf to experienced surfers braving difficult new breaks; and makes the point that, whoever you are, no two days in surf are the same, and there’s always a new challenge ahead. ‘Every Day is Day One’ is an articulation of this ethos. Participating athletes include Kelly Slater, Stephanie Gilmore, Gabriel Medina, Johanne Defay and Mitch Crews.

Beautifully shot, the film captures the adrenaline of doing something new for the first time, the film uses the simple act of breathing as its spine. Each inhale reflects the anticipation of facing a new challenge; each exhale, the exhilaration and relief in having overcome it.

The film champions not only the difficulty of the modern sport, but also its diversity. From frozen breaks in Iceland, to free surfing in Fiji; from a surf camp in India, to surfing in the suburbs of New York; we take a 140 second tour of the opening up of a one of today’s most dynamic sports.

This celebration of the accessibility of surf today is a fitting message from Samsung, the first non-surf brand to Globally partner with the ASP.

Samsung Mobile Electronics and the ASP are delighted to release this powerful film which aims to resonate with the broader surfing community. “Our active and adventurous consumers are always seeking to enrich their lifestyles, and we wanted to contribute to their excitement,” said Younghee Lee, Executive Vice President of Global Marketing, IT & Mobile Communications Division at Samsung Electronics. “Samsung’s people-inspired technologies, like the Galaxy S5, are the perfect companion for active individuals looking to capture each and every moment effortlessly.”

Carlo Cavallone, Executive Creative Director at 72andSunny Amsterdam says, “In surf as in technology, progress depends on continuous leaps of faith. Every Day Is Day One celebrates this common denominator. It is ASP and Samsung's shared belief that no matter how experienced you are, there’s always a new challenge to take on.”