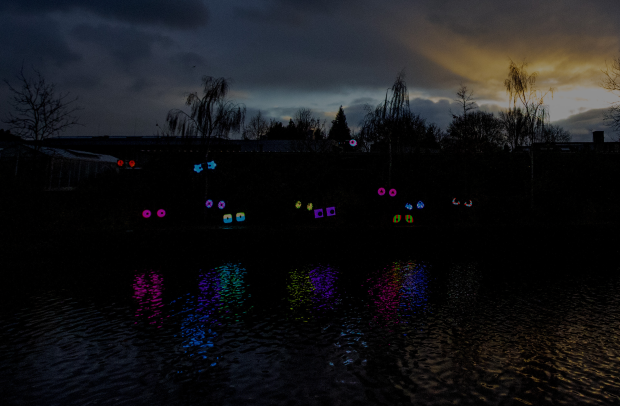 A creative collective from agency 72andSunny Amsterdam has joined forces with hundreds of school children in their home city to create a light installation for the Amsterdam Light Festival. The new installation will be in place at ARTIS, the Amsterdam City Zoo from 28th November, through to the end of the Festival on Sunday, 19th January.

The agency’s idea, ‘De Nachtloerrrders’, is part of Amsterdam Light Festival’s school workshop project that, in collaboration with Juf op Straat, has been organised annually since 2017.

‘De Nachtloerrrders’ in an installation featuring mysterious and unsettling new nocturnal animal eyes appearing outside the zoo each night. 20 pairs of continuously updating LED screens hidden in the bushes and trees show designs imagined by over 800 8-12 year olds. These eyes hint at a possible future evolution and highlight the growing problem of disturbing natural animal habitats when expanding cities light up the night skies. They also suggest a potentially greater biodiversity lurking in the neighbourhood already, with much more life found outside the zoo gates than within.

Lee Boulton and Wendy Richardson of the collective said: “Our artwork was always intended as a blank canvas onto which the children can create. In the process we show them what it is like to be a light artist. They each go through the phases of research, concepting, sketching, developing and coding before attending their very own premiere of their work. This was an amazing learning experience for all of us and provided a chance to stretch our skills and imagination in a very different creative world.”

Jule van Ravenzwaay, curator at Amsterdam Light Festival said: “An important reason to team up with 72andSunny Creative Collective was the way they chose to combine low-tech and high-tech: children translate their own hand drawings to digital animations by learning how to code, an important 21st century skill. The collective was very involved and driven to create a successful series of workshops, with great results: a fantastic artwork. It's wonderful to see the creativity and variety in the eyes designed by children!”

This opportunity to take part in one of the city’s most respected cultural events is just the latest project from 72AndSunny Amsterdam to build stronger connections with the wider creative community and schools in the city. Past initiatives include ‘#JustBoobs’, an ambient campaign featuring giant floating breasts on International Women’s Day, ‘RAYNSIE’, a line of weatherproof coveralls for urban cyclists, and ‘Cine BizzKids’, a film workshop designed to encourage children into filmmaking. 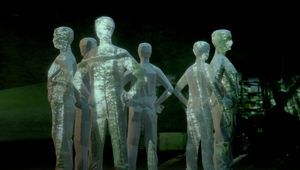