72andSunny Amsterdam Shows Off The 'Other' Sports for A.S.R 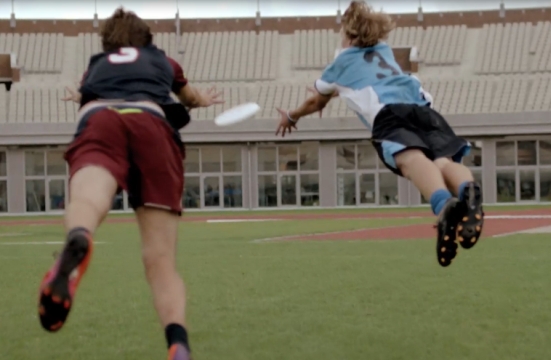 The popular Dutch insurance company a.s.r is launching a national sporting event on November 9 2014, in collaboration with 72andSunny Amsterdam, designed to celebrate nation-wide culture and encourage children to get more active by becoming more involved in quintessential Dutch sports.

Aimed at 7-14 year old children and their families, the event will introduce more than 10,000 visitors to a number of incredible sports such as Fierljeppen (canal vaulting), Bossaball (a combination of football with volleyball and extreme gymnastics) and Sjoelen (a game in which players use broom-shaped paddles to push weighted pucks).

The inclusive and culture-building event ties in with a.s.r’s ‘help by doing’ ethos and seeks to encourage children, in a social environment, to test out national sports which they may have never previously heard of or had the opportunity to try.

In the run-up to the event, a.s.r and 72andSunny Amsterdam launched a national integrated campaign across TV, online, OOH and print to promote the event and drum up interest. As part of the campaign and following the event, a.s.r will also partner with local sports clubs, encouraging children to further get involved with traditional sports through exclusive discounts.

The event is free-to-attend and is being held at Jaarbeurs Utrecht convention centre on November 9 2014.

Bob Stehmann, Chief of Marketing at a.s.r says, “One in five children between 7 and 14 years old, are active for less than an hour a day, yet when asked 81% of children said that they were open to consider a relatively unknown sport. Working with 72andSunny Amsterdam, we are proud to launch this integrated campaign which seeks to give a voice to lesser known sports and encourage children to actively engage with these activities.”

Su May Tan, Brand Manager at 72andSunny Amsterdam says, “Making things matter in culture is what we do and what excites us. Being an international agency based in Amsterdam, inclusive of Dutch nationals, we are thrilled to be working on this campaign with a.s.r. to actively celebrate Dutch culture and promote health in a fun way.”