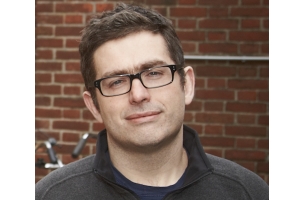 Since Cavallone assumed the ECD position six years ago, the Amsterdam office has emerged as one of the most diverse agencies in the world, representing 25 nationalities under one roof, creating culturally impactful work for Benetton "Unhate," Smirnoff "We're Open,” Google "Night Walk in Marseilles,” Samsung "Everyday is Day One,” and most recently Axe "Find Your Magic.”

Prior to 72andSunny Amsterdam, Cavallone worked at 72andSunny’s Los Angeles office with Sonos and Pirelli and at Wieden+Kennedy Amsterdam working for brands including Nike, Coca Cola, Heineken, EA Sports and Turkcell.

“Carlo is the embodiment of 72andSunny’s mission and values. He’s brave, generous, inspiring and leads with a strong and humble presence,” said John Boiler, founder and CEO of 72andSunny. “The Amsterdam office that Carlo is building with Stuart, Nic and Stephanie brings together a culturally diverse, talented group of people that thrive on creating cultural impact for our clients. They have a proven record on single market projects as well as global brand relaunches and everything in between.”