The two join the agency as creative directors 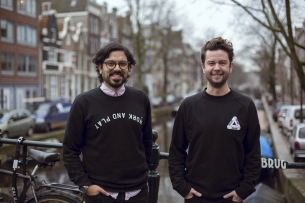 In line with its desire to nurture the best talent from around the globe across every discipline, 72andSunny Amsterdam is proud to welcome two highly regarded Creative Directors, Simon Schmitt and Rey Andrade.

Schmitt and Andrade will further augment the office’s commitment to developing culture-defining work with world-class partners such as Axe, Google, Samsung, adidas and Smirnoff.

Simon Schmitt left his native France in 2006 to work for Sid Lee Montreal, working on the internationally acclaimed adidas Originals House Party among other projects. After four years in Canada, he returned to Europe to join AKQA London, where he worked on campaigns such as Nike Football’s ‘The Chance’ and ‘Make It Count’ for the Nike FuelBand. In 2012 he returned to Sid Lee to lead adidas globally from their Amsterdam office. 2014 saw him move to London’s 101 to work alongside Richard Flintham.

Also joining 72andSunny’s European hub is Rey Andrade, who is moving over from the company’s LA office, where he ran Activision and Sonos, creating famous work for Call Of Duty and the Sonos Your Home campaign. Rey’s career originated in San Francisco working at agencies like Venables Bell & Partners and Agency215. Rey brings with him a vast wealth of creative experience perfected during his career working with brands like Xbox, HBO and Audi.

Simon and Rey’s lack of ego and passion for creating high impact work make them the perfect fit for 72andSunny Amsterdam’s open and progressive ethos. Both Simon and Rey will respectively report into the agency’s Executive Creative Directors, Carlo Cavallone and Stuart Harkness.

Stuart Harkness, Executive Creative Director at 72andSunny, comments: "We are extremely excited to welcome Simon and Rey to the 72andSunny Amsterdam family. They both bring unique and varied experience, with a proven track record of creating powerful work, plus a real dedication and zeal for craft. We look forward to the level of doodling on the bathroom walls improving exponentially.”