7 Ways to Get Ready for the World Cup

Trends and Insight 391 Add to collection 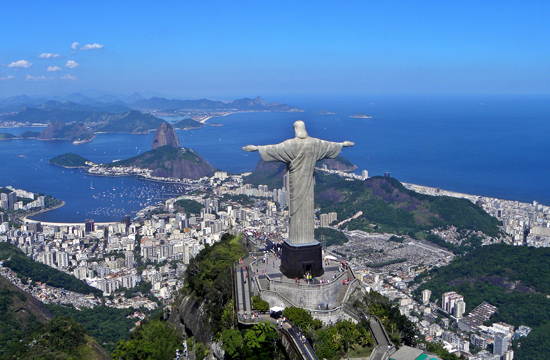 It’s less than a fortnight until the World Cup kicks off and things are reaching fever pitch. Football-themed campaigns are flying in with such speed that it’s enough to make the most hardened fan question their commitment to the beautiful game. And that’s not all – the World Cup madness is coinciding with this year’s Cannes Lions festival. If you work in advertising, the next few weeks are going to be busier than Rio’s cross-town traffic. Faster moving, though. To help get your head in the zone, check out our tips to score a great Brasil 2014.

1. Set Up An Agency in Sao Paulo

This week it transpired that AKQA is the latest agency to head to Sao Paulo in search of El Dorado. In February both BETC and CP+B announced the launch of Brasilian homes within days of each other and it seems barely a week can pass without some shop or other expanding into the country.

2. Get a Wall Planner (or Fill in a Sticker Book) 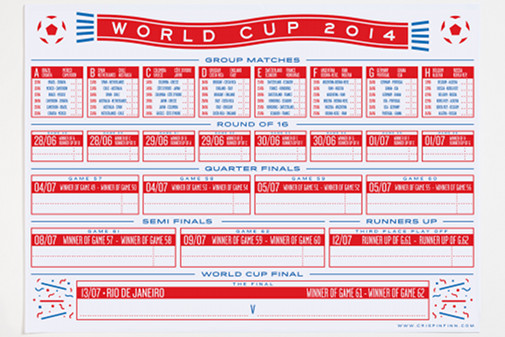 There’s a special kind of wall art that only crops up every four years in bedrooms, offices, kitchens and classrooms – the newspaper pull-out World Cup planner. Duo Crispin Finn have transformed the football staple Wall Planner into a design statement with their distinctive red, white and blue stylings. Nice. In a similar vein, we’ve noticed a surge in actual grownups collecting and swapping stickers for their World Cup Panini sticker book. You know who you are.

3. Swot Up on Brasilian Creativity

Brasil has always been a country with a strong creative streak  - O&M Brasil was named Agency of the Year at Cannes 2013 – and it looks like all the excitement of the impending soccer extravaganza hasn’t distracted the local ad industry too much. In fact, in recent months we’ve been seeing a slew of really interesting work that – wait for it – has absolutely nothing to do with football. Last year Ogilvy Brasil’s ‘Real Beauty’ campaign for Dove and F/Nazca Saatchi & Saatchi’s beautiful Leica film were among the stand-out pieces to emerge from the country. Check out some recent non-World Cup work that has caught our attention.

FCB Brasil again, this time creating a language-learning programme that made our eyes damp.

Don’t let their name fool you, Agencia Africa have been flying the flag for Brasil’s creativity. Their recent ‘Unbreakable Hope’ campaign really appealed to our inner magpies.

4. Get Your Mitts on a Channel-Hopping Vuvuzela

An icon of the 2010 World Cup in South Africa, the noisy Vuvuzela is sure to turn up once this year’s competition kicks off. In order to encourage football fans in the US – yes they do exist – TBWA\Chiat\Day created a remote control with a difference for beIN Sports.

5. Decide Between Brazil or Brasil – and Stick To It

This has been troubling me for months now – and if you haven’t given this one any thought, you really should get on it. Having been brought up in the UK, I’ve always spelled it ‘Brazil’ as the Queen’s English demands. Call it force of habit. But, of course, in the local language of Portuguese it’s ‘Brasil’. I feel forced to choose between being square, backwards and a little bit UKIP or painfully try-hard and right-on. Also, ‘Z’ is such a great and underused letter that I feel reluctant to ditch it. In the end I’ve gone for Brasil. I think.

6. Get Your World Cup Cannes Plan In Order

There’s one thing that everyone will be talking about on the Croisette this year and it ain’t advertising. Make sure you know who is going to be screening what matches and where to make sure you don’t miss out on key games. And if you do end up leaving it too late to squeeze into a screening event, you can still satiate your football fever with the fussball table on the LBB beach, courtesy of Vagabond. And once that’s settled, check out the line-up for Brasil Day on Thursday 19th, which will see the great and good of the country’s industry speak at the Palais.

If all the football is getting too much to deal with, the only alternative is to seek refuge in a virtual, digital world. To that end, I was intrigued to see that Framestore has just launched a dedicated virtual reality studio following the success of its Game of Thrones Oculus Rift project with HBO. That’s it. I’m off to The Wall.