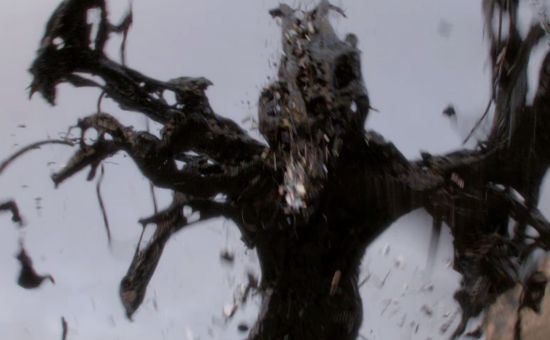 This hypnotic Honda spot is nothing short of eye-boggling. A combination of Glassworks’ clever FX and some sharp cutting from The Quarry resulted in a stunning visual illusion.

Post house Gramercy Park Studios put a rather different spin on horse racing with this revved up Betfair ad through WCRS. Check out more info and full credits here.

This beast of an ad for shell has the kind of VFX that were made for big screen viewing. Framestore conjured up a monster of oil and metal in the ad, which was directed by MJZ’s Carl Rinsch and came through JWT London. Find out more about how it was created here.

This spot to raise awareness of the neurological condition Ataxia is a creative collaboration between Mill+ directing collective Bif, TBWA and the VFX team at the Mill - and we reckon it's the sort of trickery that would not be out of place in a contemporary horror film. The deliberately disturbing piece was created by creating 3D scans of each character’s heads, using 3D tracking shots to film them speaking and then creating slices and glitches to portray sufferer’s feelings of disassociation sufferers experience.

The Joy of Storage

MPC London helped Blink director Dougal Wilson to transform some plain white tees into a flock of birds in this rather lovely and whimsical IKEA spot.

This fantastical Nissan spot is a true blockbuster, full of action, drama and outlandish monsters. The VFX were whipped up by MPC New York and it was created through TBWA\Toronto.