7 Emerging Sydney Directors to Set Your World On Fire

Exploding with talent is a new breed of storytellers with a great sense of style, oddball humour and envy inducing attitude 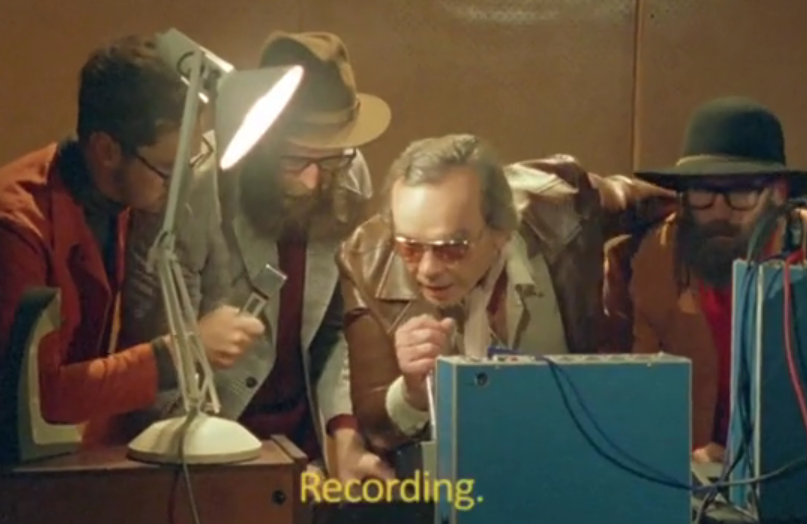 Armand De Saint-Salvy is a man of many talents – he is a filmmaker, plays the keyboard and the clarinet, surfs and has been dancing for 20 years. The one-time breakfast radio host hopeful realised he wanted to become a director after watching an immensely popular ’90s sitcom that combined both his passions for comedy and film.

His work displays a deft cinematic vision and an ability to draw out delicate nuanced performances no matter the talent's background (award winning actor/comedian/athlete/presenter/dancer/non actor). His ability to deliver unique and engaging work across a range of genres (comedy, performance, drama, visual) has earned him a reputation for being a versatile director who can deliver on brief while pushing the creative boundaries.

From their origins in a flurry of overproduced house parties, abstract student films and late night pub meetings, Entropico now operates under the creative direction of Harry Hunter, Erin Moy and Sam Egan as a creative collective - with a stand-out group of emerging, talented young directors. The group also includes creatives from a host of other disciplines, including art direction, writing and animation.

The Entropico crew has a unique understanding of popular culture, informed by a strong relationship with the music industry and lifestyle media. They work in a myriad of ways, from producing agency briefs to working collaboratively with agency creatives or direct to client. Entropico are pioneering exciting new ways for brands and agencies to collaborate and are flexing their conceptual muscles for Australia's dance community in the music videos they produce.

Uncle Friendly is a director best known for his unique music videos that typically take place in a colourful setting concentrating on balancing oddball comical performance with in-camera effects. In June 2010, Uncle Friendly was given his first commercial opportunity to direct a documentary film in Ethiopia for IBM and its "Smarter Planet" campaign through Ogilvy + Mather New York.

In 2012, Friendly joined Goodoil Films and has also made a return to his comedic roots. He continues to direct music videos and commercials, including recent work for Southern Comfort, Sunbeam, OPSM and Tiger Airways. Uncle Friendly is also currently working on the screenplay for his dramatic / comedy feature film Gutterman with American screenwriter R F I Porto (Blue Caprice).

Kacie Anning @THE FEDS
Sydney based director and writer Kacie Anning is a performance-driven comedy director who launched her career early on with a number of award winning short films, music videos and documentaries. Her raw and honest approach to comedy writing positions her as a fresh new talent with an eye for extracting the absurd.

Anning has created commercial content for Network 10, Motion Picture Company and Barefoot Communications. She directed spots for clients including The Sydney Opera House, Harvey Norman, Samsung and the Disney Channel. In 2012, Anning successfully crowd funded the production of her six-part web series Fragments of Friday, which she wrote, directed and starred in.

The Van Vuuren Bros are the directing team behind Australian TV comedy series Soul Mates and viral hits such as The Fully Sick Rapper, Bondi Hipsters and Kid in Cockpit, which have collectively received over 20 million hits worldwide, and earned them a social media following of over 250,000 subscribers.


Signed to Jungleboys for commercial representation in 2012, the Van Vuuren Bros. have busied themselves in the brand funded space with work for a number of leading youth focused brands - including Old Spice, Virgin Mobile, Vittoria, Coke, Sony, Ikea, AMEX, Unilever, and a short format series for Cadbury/MTV that won an Astra Award for ‘Most Outstanding Use of STV for a Consumer Advertising Campaign’. They’ve recently directed a number of sketches in Jungleboys sketch comedy series The Elegant Gentlemen’s Guide to Knife Fighting, for the ABC.

Alyssa McClelland @ FINCH
With a successful career in acting behind her, which saw her nominated for many awards including an Australian Film Institute award in 2006, McClelland has been thriving as a director. Having wrote, directed, produced and starred in multiple award-winning short films and the hugely successful Funny-or-Die endorsed web series One Step Closer to Home, as well as winning the Instyle Magazine Woman of Style Award Scholarship, McClelland is now a part of FINCH where she has had a very prosperous couple of years in TVC directing.


McClelland has just finished up on several global campaigns for the likes of Samsung TV (72andsunny Amsterdam) and Daikin (Sugar Auckland). Her campaign for AEG "Unexpected Power" (Fenton Stephens Melbourne) recently won the bronze award for Direction at the London International Awards 2014.

Earlier in 2014, "The Most Powerful Arm" – a collaborative creative campaign by Finch in collaboration with Havas Worldwide Sydney and for which McClelland directed the television campaign, won a coveted Black Pencil at the D&AD Awards. She is presently working on the release of season two of her web series One Step Closer To Home, has a short film in development and is prepping the next commercial.

Sam Kristofski @ CURIOUS FILM
Sam Kristofski is new to commercials, which is a good thing as his approach is still wholly his own and unique to him. I won’t try to classify his style. He doesn’t have one. The direction is simply fresh, fun and often times far-out.


He started making music videos for up and coming New Zealand bands, and soon became known for his work for Opossm, Unknown Mortal Orchestra, Kids of 88 and Tom Lark.

His first commercial was for Mentos via Naked Sydney. He has since directed commercials for Droga 5, Denstu, and Saatchi & Saatchi NZ. Kristofski’s a surprising new talent that will go far.