7 Emerging Melbourne Directors To Warm Up Your Southern Hemisphere Winter

This stable of Melbourne’s finest is sure to impress the frostiest of critics with heartfelt, sharp and honest stories that deserve your attention 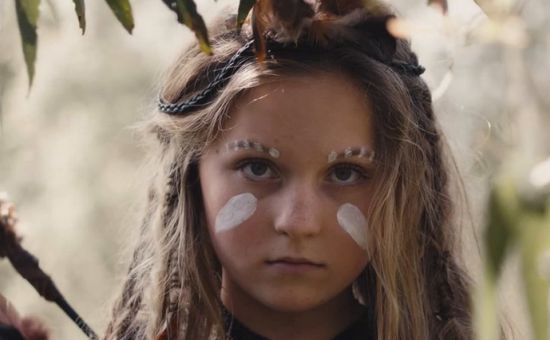 Brett Ludeman cut his teeth working in theatre as an actor, writer and then director. This path took a sharp turn the moment he picked up a camera. His formative experience within the performing arts gives him an intuitive edge to storytelling and an instant rapport with actors. This allows him to build gripping and honest relationships with viewers.

His passion and understanding of great online video content comes from spending his entire teenage years glued to the family computer. His work engages the imagination of a new generation of viewers.

Curtis Hill is already being touted as an exciting Melbourne talent and a director to watch (and not just because he's so young he could steal your handbag). Hill is already building an impressive body of work in commercials, music videos and short films, bringing a fresh eye for storytelling to the game.

After completing his VCA graduate short film, The King is Dead, in which John Jarratt plays a washed up Elvis Presley impersonator, Hill was signed to production company Mr Smith. He shoots, he edits, he on-lines, he cooks and he cleans. He has a knack for creating a cinematic world through the eye of the camera and has a way of bringing the best out of his actors. Whether it is drama or offbeat comedy, his unique visual style shines through and rest assured – your handbag is safe with him.

Melbourne born Tim White first gained notoriety in the advertising world with his viral videos for STA's 'Move, Eat, Learn' campaign, racking up over 30 million views online across YouTube and Vimeo. Now a widely referenced piece of film in the global creative world, this one project – filmed over six weeks as three friends travelled the world, launched him overnight.

He has since garnered worldwide attention, shooting around the globe with clients including Subaru and Honda. As comfortable working with executives and United Nations ambassadors to Oscar winning film actors, White ensures his work is original, highly accessible and engaging.

White often edits his own projects and possesses a keen instinct for visual effects and mixed format productions. The true manifestation of his quirky and outlandish creative thinking reaches the extremes in his music video directing, as seen in his latest spot for Guy Pearce, with ‘Fly All The Way’. Equire Magazine recently reviewed the clip as, ‘arguably the most phantasmagorically weird blur ever produced by one of Kate Winslet's leading men’. White’s most recent masterpiece for The Ghan and Great Southern Rail’s ‘Journey Beyond’ campaign shows his ability to exhibit breathtaking content in his signature style.

Michael Shanks’ first ever foray into filmmaking took the grand prize at the 2008 Escapist Film Festival. In the fallout, he got a job with the company directing the acclaimed, American-produced web series Doomsday Arcade.

He recently directed a trio of music videos for Guy Pearce’s debut release ‘Broken Bones’ including the single ‘Storm’. He is also responsible for the recent online phenomenon that was the Star Wars Special Edition trailer. Eliciting over 11 million hits it was picked up by the ABC, BBC, Reddit and Buzzfeed.

Shank’s TVC work has screened during the AFL Grand Final the last two years, and his YouTube Channel ‘Timtimfed’ has over 33,193,258 views and 113,840 subscribers making it easily one of the largest narrative comedy channels in the country.

He is currently in production of a Screen Australia funded web-series called The Wizards of AUS. He is represented by The Pound in Australia for commercial work. Only 23-years-old, he understands young, online audiences and still lives in his Mum’s basement.

Stephen McCallum graduated from AFTRS in 2011 where he won the Foxtel Exceptional Talent award and the AFTRS EU scholarship. Since graduating he has directed several commercials including his marriage equality advert for "GetUp - It’s Time", which was voted AdNews Viral of the Year and has had over 15,000,000 hits on YouTube.

In 2013, McCallum was the recipient of Screen Australia's director's attachment scheme for Tony Ayres' feature Cut Snake. In 2014 he was Glendyn Ivin's director’s assistant on Channel 9’s Gallipoli where he directed 2nd unit. He has directed several award-winning short films that have screened around the world and has multiple long form projects in development.

Though McCallum only joined Airbag a few months ago, he has already garnered a reputation for creating dynamic story worlds with a distinctive voice and strong artistic vision. He has a passion for engaging the audience through natural performance and immersive cinematics.

With a background in fine arts and a passion for social justice Dominic Allen began making films through documentaries about fair trade, migrant issues and indigenous Australian contemporary culture. His work with migrants led him to a partnership with a Sudanese rapper called Bangs that resulted in him directing the viral hit ‘Take You To The Movies’ (eight million views and counting), while his documentary work with Kimberly Aboriginal youth organisation Yiriman led him to writing and directing the Dendy Best Australian Short film finalist, Two Men, which screened to wide acclaim internationally. The film was also instrumental in Allen winning both the 2009 MIFF Australian Emerging Filmmaker Award and the Inside Film Rising Talent Prize.

Allen’s commercial work maintains his commitment to emotive stories, which have people at their centre – he aims to compel action through stories told with passion and feeling through a striking visual aesthetic defined by strong composition and allegory.

Cos We Can @ The Directors Group

Cos We Can is Fran Derham and Clare Plueckhahn. You’d think that they would have combined their names to be called ‘FLARE’ but that sounded a bit lame. These two busted onto the surf scene with their award-winning girl’s surfing documentary First Love in 2011 and have since developed a folio of beautiful work for both surfing and advertising clients.

Since signing with The Directors Group in 2013, the girls have been busy making commercials for Schweppes, Kmart, Rip Curl, The Defence Force, Target, Swisse Vitamins, Victoria University and Accor Hotels.

Yes. They are both Blonde and under 30. However sometimes looks can be deceiving, because under their sun flares and golden locks is a dark sense of humour, intelligence and determination that underpins their work. This comes across in their punchy blood filled shorts and obsession with zombie and vampire flicks. Collectively they pursue beauty, magic, excellence and the perfect clean left-hander for their long boards.