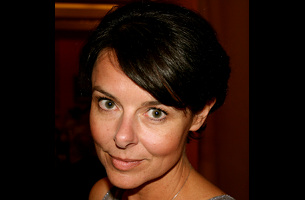 We love to watch and read things that – no matter when and where they are set – somehow comment upon and reflect back to us our own time and place. Here are a few observations on current shifts in our cultural zeitgeist – and how they found a reflection in some of last weekend’s best picture contenders at the Oscars.

We’re becoming increasingly comfortable with the blurring of boundaries between the different modes, spaces and places in our lives. The interchange of on-and offline realities means people feel less restricted by life’s existing patterns, and as a result are embracing fluidity and flexibility, expecting the places, ways and products they spend time with to adapt to their changing needs and desires.

What better reflection of this shift than Birdman, where place, identity, reality and fantasy seamlessly meld in a world where nothing is quite as it seems – but no one bats an eyelid. Inarritu’s magical realism is truly a narrative for our shifting times.

Intellectual curiosity and the desire to learn are flourishing. People are hungrier than ever for knowledge and discovery, pursuing learning for pleasure and craving mental stimulation. Knowledge is increasingly valued as an end in itself, to learn more about the world and define our characters through ideas and intellect. The life of the mind will be treasured ever more dearly.

We see this appreciation reflected in The Theory of Everything, a celebration of the triumph of the life of the mind over the frailty of the body. What might ostensibly seem a cerebral subject – quantum physics – is taken as a metaphor for the joy of idea and the primacy of the intellect over the material world.

3. The Truth is Beautiful

We are seeking out truth and authenticity – with all its flaws – in the midst of a world of glossy perfection and immaculately curated online selves. Genuine candor is valued more than ever, as we strive for interactions that are authentic and real. The awkwardness, imperfection and honesty of reality will be celebrated ever more intensely as we embrace its truth and distinctiveness.

Boyhood is a prime example of this theme – a true-to-life, warts-and-all portrayal of family life where the grown-ups are imperfect and don’t pretend otherwise – thereby endearing themselves to the audience more deeply. We know all the characters are flawed – and yet we root for them anyway.

Life can seem serious. But despite the headlines, there is still a desire for glee and frivolity. People still seek to express spontaneous joy, throw caution to the wind, follow their instincts, and let themselves be gleeful, even frivolous.

The Grand Budapest Hotel is a wonderful example of a movie that echoes this trend through pure – yet very clever – farce. Its enjoyment comes from a sense of comedic delight in an updated parody of caper movies from the 20th century, with hyperbole and caricatures that give the audience permission to laugh out loud. It reminds us that even today, pure entertainment can still play a role among other offerings that seek to imbue greater meaning.

It’s increasingly aspirational to take a stand. As a consequence of seeking what’s truthful – and being able to find out through technology’s contribution to increased transparency – we are now less afraid to speak our mind than ever. People are prepared to stand up for what they think is right, even risk being provocative if they believe it’s the right thing to do. Having – and voicing – a point of view on our world and happenings within it is increasingly expected: apathy is no longer an option.

What better symbol of this current trend than Selma, the story of the civil rights march from Selma to Montgomery and a record of Martin Luther King, Junior’s – and his fellow marchers’ – resolve and purpose to persist and advocate for what was right in the face of violence and hate.

Working together with others toward a shared goal is becoming the best way to achieve. People are seeking genuine collaboration – the chance to bring together the best minds and skillsets in order to move forward and meet the challenge. These connections will bring new perspectives, fresh insights and different stories – and will be deep, rich and enlightening in the quest to solve problems, debate issues, and innovate.

The Imitation Game reflects this exactly in its portrayal of the approach to breaking the secret Nazi code during World War 2. What might appear to be a motley crew of nonetheless brilliant minds, secretly assembled to crack the German message system and boost the Allied war effort, echoes the assembly of groups of madcap thinkers and entrepreneurs becoming notorious for and synonymous with success in our society.