The Influencers 135 Add to collection 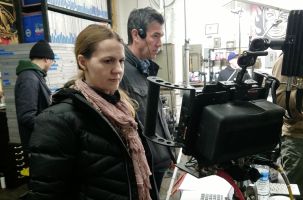 For brands, the opportunity to have more interaction with their consumers is becoming increasingly important and Facebook Live offers the perfect opportunity for them to provide their fans with exclusive content and give them a more authentic brand experience than ever before. With the real-time nature of the platform, brands get the most success when they embrace the interactivity and treat it with the same level of attention as they would for any other digital marketing campaign.

It’s exciting - and as someone who has directed dozens of large scale multi-camera Facebook Live streams, I have seen first-hand what works and what doesn’t. Here are a few tips that brands should keep in mind when launching a Facebook Live project.

Think of it like a live show rather than a traditional commercial shoot. You’re going live - there are no second takes, so give yourself plenty of time prior to rehearse with cameras and talent to make sure everyone knows their marks. Though there will more than likely be improvisation, have a script and consider cue cards or a teleprompter for your talent. If the script requires a lot of movement, for example going back stage somewhere or walking and talking, it’s even more important to have some time to walk through it with talent prior to going on air. Also, make sure your social team is part of the rehearsal if they are contributing to the interactivity off screen.

2. Think outside the box

This is where you can really grab attention - and viewers - with Facebook Live. It’s a new medium, so be willing to think outside the box and experiment. Some of the highest views have come from simple ideas done really well. Just like traditional video on social, it’s hard to stand out, so make your content interesting and, of course, interactive. Having a host give a backstage peek at an event is great, but what if you could tell a story? Or give fans input into what they’re seeing on screen? Brainstorm how your brand can bring something fresh and unique to the space.

You wouldn’t shoot a commercial unprofessionally, so treat your brand’s Facebook Live broadcasts with the same level of polish and attention to detail. Don’t put your CEO or name talent in a dimly lit room and film it on your phone - represent your brand with premium level production. With Facebook Live, brands are achieving millions in views and reach AND interacting directly with consumers, all within 20 minute live broadcasts, so it’s good to put your best foot forward. If you think about what it costs to buy ad space on traditional channels to get those numbers, suddenly it becomes worth considering the expenditure.

It’s a tall order to simply go live at an unannounced time and expect viewers to materialise. It’s a good idea to let people know in advance that you will be going live and when they can see it. Followers can choose to receive notifications for when you are going live. Also consider posting a short promo video that teases the event and gets people excited about it. This could be your talent, for example, talking about what they’re going to do or what you will get to see on the live stream.

Whether you do it with video or text, make sure the copy is enticing and really sells the event.

This should be first and foremost. Take advantage of the platform’s ability to communicate directly with consumers in real-time and have fun with it! Keep users engaged by answering their questions and asking for their input. Let them influence what happens during the stream by voting or choosing from a set of options. For example, if you’re painting something, you could let viewers choose the colour. Reward fans for their interaction by live mentions or contest wins. If you do a call to action for donations, make sure you take the time to thank those individuals who donated - taking a personal approach just one time can create a brand advocate for life.

Carrie Stett is a director at Washington Square Films