5 Songs That Will Get Your Brand Inside Your Consumers’ Heads

Trends and Insight 381 Add to collection 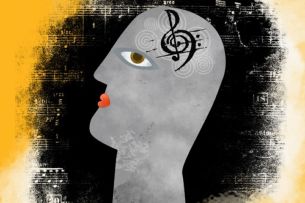 It happens to all of us at some time – we hear a song on the radio and we just keep singing it all day long; in the shower, walking down the street –it just won’t go away.

It is also estimated that 77% of the 30,000 commercials clocked every year use music, and yet it is also reported that the consumer can only correctly identify and match 5 songs to the right product. In terms of ROI on music procurement, it would seem that this is an area that needs further investigation!

Recent research by Dr Kelly Jakubowski from the Department of Music at Durham University, said: “Our findings show that you can to some extent predict which songs are going to get stuck in people’s heads based on the song’s melodic content. This could help aspiring song-writers or advertisers write a jingle everyone will remember for days or months afterwards.”

The study, catchily titled “Dissecting an Earworm: Melodic Features and Song Popularity Predict Involuntary Musical Imagery”, investigates what musical constructs ensure not only being memorable, but also impossible to get out of your head. One of the report outcomes is a list of the Top Ten earworm songs.

It’s perhaps inevitable that nursery rhymes are the Rosetta Stone of memorable tunes. They follow melodic contours that make it easy for young children to remember, usually with the first part of the phrase going up, and the second part of the phrase going down. The classic example is “Twinkle Twinkle Little Star”, and I’m confident that just reading that song title has made the melody line appear in your mind.

Other features of involuntary musical imagery – or earworms — are faster tempos, a fairly generic and easy-to-remember melody, but with some unique intervals such as leaps or repetitions that set it apart from the “average pop song”.

Successful pop songs usually follow a similar pattern, whether it’s the whistling intro of Maroon 5’s “Moves Like Jagger” (No. 5 on the list), the endless vocal hooks of “Bad Romance” (No. 1) or the way Katy Perry sings “California Gurls” (No. 6). Even the bass line of The White Stripes’ “Seven Nation Army” follows the pattern, which may be why it was the group’s biggest hit.

Max Martin and Dr. Luke get a lot of credit for writing perfect pop chart toppers, but there is one man who knows an earworm when he hears it. The Red One’s productions for Lady Gaga made three of the Earworm Top Ten!

If Memorability and Recall are key the criteria that Milward Brown/Ipsos use to assess if music in a commercial was successful, perhaps it’s the manager of Red One you need to contact to produce the next soundtrack for your ad.

And if you doubt that these features create perfect pop perennials, consider this: On You Tube “Bad Romance” has had 745,988,743 view and rising. That’s a hit and figures that any Marketing Director would be delighted to report on the success of his ad campaign.

The study, published in the academic journal Psychology of Aesthetics, Creativity and the Arts, was conducted by researchers based at Durham University, Goldsmiths, University of London and the University of Tübingen in Germany with funding from the Leverhulme Trust.