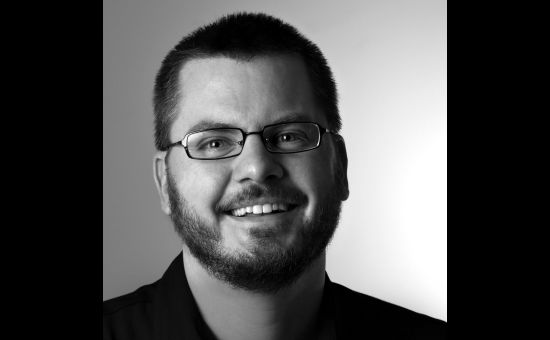 In January 2015, director, DP and photographer Vincent Laforet has been literally and metaphorically flying high. His eye-popping neon images of New York were taken from a helicopter 7,500 feet above the Big Apple – and since hitting the Internet they’ve gone viral, garnering attention from photography blogs and clickbait sites. Of course, it’s hardly the first time Vincent’s photography has earned him esteem and respect; in 2002 he shared the Pulitzer photojournalism prize for his work at The New York Times covering the 9/11 fallout in Afghanistan and Pakistan. If that (and countless other accolades) wasn’t enough, he’s also one of the earliest pioneers of DSLR filmmaking and has built up an impressive reel of commercials (he’s represented by Great Guns) that has earned him every shade of Cannes Lions statuette going. LBB’s Laura Swinton caught up with Vincent to learn more. 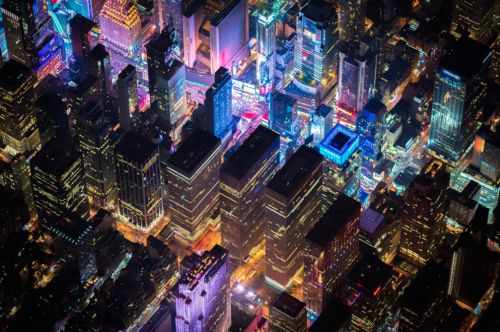 LBB> It’s fair to say that the Internet has gone pretty wild for Gotham 7.5k – why do you think the project has so captured people’s imaginations?

VL> On a base level, Aerials have a universal appeal across all socio-economic strata, and with people from a very wide and diversified background.   You don’t NEED to be into photography or a specific subject matter to be interested in them.   I’ve also always found that taking a step back allows one to see things more clearly, and this to a certain extreme extent is an extension of that.   Aerials are strangely intimate, they make the world feel smaller.   I think that experiencing New York from the ground can be downright intimidating.  From the air however, the city looks like something we can grasp, and we can all inherently see how we are all connected much more clearly.

LBB> Having watched the making-of video, the project looks like it was pretty terrifying! (I couldn’t stop thinking ‘I would sooo drop that camera!) How did you manage to keep yourself together and keep control of the images you were creating in such intense conditions?

VL> Mike, my aerial assistant, and I have been photographing aerials together for 9 years.   We’ve had a very clear way of doing it,  everything is cabled into the helicopter – not a single thing is left to chance.  We’re extremely methodical – anything that is dropped becomes a deadly projectile so it’s simply not an option.

On a personal level it WAS terrifying.   Just 48 hours ago I was 11,800 feet over Las Vegas – that’s 3.6 KM.   We flew up there with the door closed to save time.  When I got up there it was a sea of black and I had to slide the door open and to step out onto the skids.  THAT took some resolve let me tell you.  At the end of the day, you realize that you have an image to make.  It is something that you CHERISH doing.   And you realize that it’s what you love to do.  And that is ultimately what you focus on when your senses are telling your body that man isn’t mean to fly … 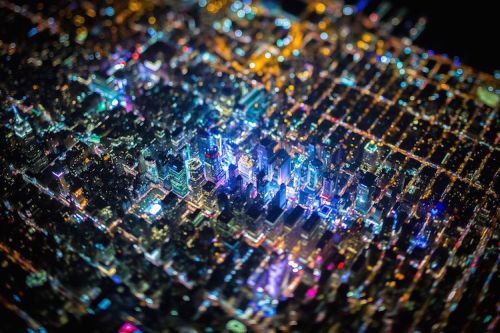 LBB> The neon lights and dramatic colour makes New York look almost alien.  How did you capture that light and that colour spectrum?

VL> Nothing special.  In fact the images had maybe 30 seconds of work done to each in Lightroom.  What we are picking up on is the use of LED lights and a mix with Fluorescent and Tungsten.   This in turns makes for incredible aerials…  other than saturation and holding the highlights and pushing the color balance to the cooler end, little has been done to the RAW files.

LBB> How do you think your photography informs your approach to the moving image and vice versa?

VL> I think it’s a lot more separate than most people might think.    The hardest thing for a DP or Director to accept is that the piece of motion that you produce with the best single visuals ever shot, but that is lacking story, will not go very far.   The hardest thing is to accept that story trumps visual in motion.   The best story shot absolutely terribly will always trump a piece with great visuals and no direction.

In the end, being a visual person helps me tremendously as a director.   But I also am keenly aware that I will generally benefit by setting goals with a DP and delegating the task to them on the day.  My job is to make sure the entire team is focused on the end goal: serving the story.

LBB> Do you remember what got you into photography in the first place?

VL> Because painting just took way too long.  I tried oil and acrylic… and I was simply too impatient.  Photography is the ultimate shortcut and the most wonderful way to experience the lives of others across the globe.  I saw that painting with light allowed me to spend more time to discover new things and ways to share them,  as opposed to being obsessed with the execution of the art form.

LBB> You’re a pioneer of DLSR cinematography, with Reverie being one of the first 1080 shorts widely available Canon 5D MKII… which has since become popular way for both professional and aspiring directors to work.  One could argue that DLSR filmmaking (though perhaps somewhat less popular now) democratised the medium and accelerated the acceptance of digital cinematography. Did it feel like you were pushing boundaries or creating a change in filmmaking at the time?

VL> At the time I did honestly foresee that the technology had a potential to change the market and business in a big way.   That’s why I was relentless at Canon HQ to have them lend me the body over the weekend – it was intended to go to 4 other photographers and I just happened upon the prototype boxes walking into the office as I visited someone there that day.   Reverie was actually the first piece of DLSR 1080p video to ever appear – and it changed my career in an amazing way.

LBB> And when you devised Reverie and decided to shoot on the Canon, did you have any concerns about the feasibility?

VL> No – I was too busy having fun.   There was no client.  Canon simply asked me to write an e-mail that next Monday to let them know about any bugs with the camera…

LBB> Looking at the work you’ve done, I’m struck by the way your professional life has encompassed both dramatic photojournalism in areas like Pakistan and New Orleans during Katrina as well as beautiful commercials… Does it ever feel weird or jarring to have spent time documenting some of the most intense human suffering and disasters and then moved into the somewhat more cosseted world of fine art and advertising?

VL> I like to say that you have to know what living in the valley is like before you can appreciate living on a peak.   You can’t know one without the other.   I think life is about finding balance amongst extremes – balance is something you aim for, it doesn’t happen on its own.   To that end I’ve accepted that few things will be as gratifying to my soul as the days of being a photojournalist for The New York Times.   That being said I feel incredibly privileged to shoot on commercial sets with incredibly talented people with some of the coolest toys on earth…  I love both.  But recognized that different things are to be gained entirely by each of those worlds.

VL> Stanley Kubrick, because he was a still photographer for Look and became arguably one of the top 10 directors of all time. Steven Spielberg for being able to connect with a large audience and resonate with them.   Malcolm X for his journey.    I have a lot of heroes actually … there is so much to be gained by “standing on the shoulders of Giants” – one of my favourite quotes (to which the attribution is not quite clear if you look into the matter.)

LBB> Of all your commercial projects, which ones have resonated with you most and why?

VL> The Nike Flyknit commercial by far. I am incredibly proud of my collaboration with my co-director Paul Shearer and how we meshed his affinity for the athletes and their sport with my affinity for cutting edge camera equipment and movement.    I lost a few months of my life to that job given the complexity involved and the time constraints – but it was worth it.

LBB> Your career has taken you to some amazing places and you’ve worked with some fantastic personalities and athletes – what have been your career highlights?

VL> This “Air” Project that we’re taking worldwide is already one of the best. Climbing the antenna of the Empire State Building’s needle is another. But mostly it’s been meeting different people. I’ve photographed several Billionaires and hundreds of “everyday” people – and I’ve learned something from every single one of them along the way.   They made me “rich” and not necessarily in the financial sense of the world.

LBB> And what are your creative ambitions? Is there anything you haven’t had a chance to do yet with your photography or directing that you’d like to try?

VL> The big one for me is directing a feature film that I am proud of. I tell my friends that I’ve had a pretty blessed experience already.  Now I just want to make ONE GOOD FILM that people like.  It doesn’t have to be a critical or financial success:  it just needs to have a modicum effect on those who watch in relative to the effect that so many of my favourite films have had on me… I would not be the person I am without having seen the seminal films I grew up with… I find it to be, perhaps, the ultimate medium that brings people together.

To find out more about how Vincent works and to get some great in-depth technical insight, check out his blog here.