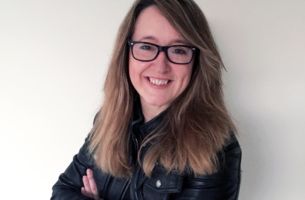 Creativity quite literally runs in Tris Gates-Bonarius’ blood. The daughter of two 1960 Madison Avenue adlanders, Tris enjoyed a childhood without creative ‘rules’ and was instead encouraged to experiment with blank paper and to explore her imagination. Nowadays she boasts over 20 years experience of working in the business and a CV that includes time at agencies in her native home New York, London, Germany and, most recently, Amsterdam, where she was creative director at Facebook’s Creative Shop. After just two years with the social network, Tris has been tempted back to agency life by FCB and is now the Global ECD for Beiersdorf, based in Hamburg. LBB’s Addison Capper caught up with her to find out more about this new adventure.

LBB> How did you end up in advertising? Was there something that inspired you to go in that direction or was it a bit more accidental?

TG-B> I had the great fortune of having incredibly creative parents. Both of them worked for great Madison Avenue agencies in the ‘60s. And then they both became teachers at the best art colleges in the world. My father, David Gates was the chairman of the Communication Design School at Pratt Institute for many years and my mother, Frieda Gates was a professor at Parsons and FIT. A lot of famous people in the business were taught by them. My identical twin sister (Kat Gates-Buettner) and I both went to Pratt and even had our father as a teacher.

LBB> Where did you grow up and what kind of child were you? Did creativity play a bit part in your childhood?

TG-B> I grew up in a suburb of New York City. My childhood was all about nurturing creativity. We never had traditional toys with ‘rules’ like colouring books or pre-defined models – but rather big sheets of paper and every medium to work with. As we got older, dinnertime conversations were about conceptual thinking, dynamics of great ideas and so on. So it’s no surprise that my sister and I both ended up as creatives. She’s also a Creative Director and has had a similar career to mine and is now at Facebook – where I just left.

LBB> You’ve worked in adland for over 20 years but in 2013 you made the jump over to Facebook’s Creative Shop. What spurred you to make the move?

TG-B> I loved Facebook, and in fact bought shares the day it went public as I thought it was an incredible platform with so much potential. But I only accidentally found out about the role at the Creative Shop when browsing their site. The job description intrigued me – so I decided to apply. Fortunately, I knew a few people there including Mark D’Arcy, the global Chief Creative Officer. I spoke to a bunch of people during my interview process and it seemed like a great opportunity to help brands connect with people in new ways and make an impact in such a very personal space.

LBB> Can you tell us a bit about the role you held there? What did it entail?

TG-B> As you’ve read in the press, the hiring process is pretty in-depth. I went on about 10 interviews. And at each one I asked about the role – and asked ‘can I do x, y and z’? And the answer was always yes. The Creative Shop is made up of a very diverse group of people – and we have incredible freedom to decide where we can make the most impact. Sometimes it was working in partnerships with agencies on initiatives, sometimes it was building things directly with clients in the case of Lego, as well as doing a lot of training to help clients and agencies make the most impact on the platform – to build both love and business.

LBB> How was the experience for you working with such diverse brands, agencies and media agencies?

TG-B> The experience of working with so many people, brands and agencies was fantastic. I described my job to people as a bit like being on a new business pitch every day – often with just a client partner – versus the traditional team of account, planning and creative. I’m very hands on and love to build ideas, so it was actually like being a kid in a candy store – getting a taste of everything and trying to make an impact wherever I could. In a way, it’s like when we first get into the business – and get to pitch ideas on everything.

LBB> Now that you’ve worked for both Facebook and numerous agencies, how do you see the role of an agency in the age of social media? In your eyes, what is the relationship between the two industries?

TG-B> The experience reinforced the fact that it’s still all about great creative, first and foremost, that is built on great human insight. Technology and all of the amazing tools out there can help make brand stories more relevant and get to the right people at the right time on the right platform. But the role of the agency has never been more important to help create distinctive ideas and executions which drive brands and stand out among the endless production of content by anyone and everyone.

LBB> Do you feel the ad industry is utilising the full potential of social media?

TG-B> Some yes, but mostly no. After visiting many agencies around the world, I saw the same old issue. Clients separate social media platforms from the lead agency network and collaborating effectively with these ‘digital and social agencies’ isn’t easy as they’re often in competition with each other. Also TV is still often being created first versus the idea. So other platforms are still an afterthought. It works best when an agency can create and lead the ideas across every platform. But of course they all need to be fluent across all platforms as well and understand how to use their full potential.

LBB> What tempted you back into agency life and more specifically to FCB?

TG-B> Facebook is an incredible social platform and I loved the company and experience. But I missed what creative agencies are great at – and that’s building great creative brand stories across every platform. Nivea is such an iconic global brand that has incredible potential in such an emotional category of skin care. Of course I was also inspired by the vision and passion of Erika Darmstaedter, Carter Murray and Susan Credle and the many others at FCB – and wanted to be a part of the agency’s transformation.

LBB> You’ve been at the agency for around six weeks now - how are you finding the culture within it?

TG-B> The culture of the agency seems great. Carter and Susan’s leadership style is incredibly human. I just spent a week getting to know the leadership from around the world and already feel like part of the family. From what I’ve seen so far, each local agency has its own distinct take on how they can be part of the network and it’s fantastic that the global team feels so strongly that the network is not complete without them. It’s a really inspiring and exciting environment to be in.

LBB> You’re going to be working on the Beiersdorf brand, which is pretty iconic globally but especially in Germany, where you’ll be based. What are you most excited about tackling with the brand?

TG-B> I’ll be based in Hamburg as that’s where the global team is. I speak German fluently, which is nice to put that talent into practice as well. I’m still meeting the teams around the world, getting up to speed on all of the work and assessing the opportunities – but I think the entire team is excited about ensuring all of the work is driving such an iconic brand across all platforms to stand out in such a crowded, yet emotional category of skin care.

LBB> It’s quite a new team heading up the account with you, newly promoted Erika Darmstaedter and new CCO Susan Credle. That also marks a management team of three women and FCB has a global leadership team which is almost 50 per cent female - notable in an industry which performs poorly at promoting women to senior positions. How do you, personally, see the current state of gender neutrality in the ad industry? What needs to happen to ensure more management teams are like that of FCB?

TG-B> After coming from Facebook where they strive hard to ensure there are more women in the very male-dominated world of engineering, I feel like the ad industry is doing pretty well in comparison. I think it’s fantastic how FCB has so many female leaders and that was part of my decision to join them. Companies like Facebook and Google ensure a certain percentage of women are in the interview process – so I think others can do the same as well.

LBB> What do you think the most frustrating thing about the ad industry today is? And conversely, what’s the most exciting?

TG-B> What frustrates me the most is how we still separate TV from digital and social in the way we talk about it. I’ve always believed in ideas first and then we figure out where and how to bring it to life. But what excites me is the opportunity of all those platforms – and how we can use them in ways that matter to people. I try everything. For example, I’m not sure if Snapchat or YikYak are for me, but I can see great potential for brands to connect with those who do love it in new ways.

LBB> Outside of advertising, what sort of thing gets your creative juices flowing and why?

TG-B> My mother was also a great painter and I’ve been trying to follow in her footsteps. There isn’t enough time in the day – but it’s something I think I may do more of when and if I ever retire from advertising. For the moment, my new role and the creative opportunities it provides keep my juices flowing.

TG-B> I began this interview with my two heroes and will end it there as well. And they are my parents. It’s very rare to have two parents who nurture creative thinking from day one. My twin sister and I always feel fortunate to have had such inspiring parents. Sadly, they both have passed on – but they are still both heroes to me and thousands of others who they taught.