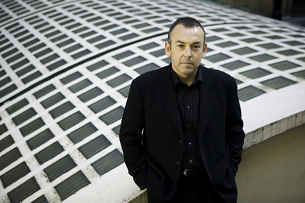 Stuart Archibald has delivered creative thinking in Australia, the US and the UK for over three decades. In the UK, he developed and launched the Tesco Clubcard (the world’s most successful loyalty program), Microsoft’s Windows/Office 95 (the biggest retail launch in history) that led to developing in the US their first web-based program for IT specialists.

He founded archibald ingall stretton in 1998 helping it to grow from three to over 200 staff in London, Barcelona, Madrid, Mexico, New York and a production facility in India working with clients such as O2, Skoda, Santander, EDF, The Body Shop, The Economist, AXA, Sky and Cindy Crawford.

Stuart ended his relationship with archibald ingall stretton in 2011 and established independent agency Archibald / Williams Sydney in 2012 and in London in 2014.

The agency has one guiding belief: strategy drives successful businesses, brands and communication. from the beginning uniting two planning archetypes that rarely (if ever) form businesses together.

Here he catches up with LBB’s Larissa Meikle to give insight into his winning formula for a fruitful career in advertising.

LBB> You’ve been in the business for a very long time. In your opinion, what separates the old admen from the new?

Stuart Archibald> I used to get asked how could I run an agency at such a young age …now it’s… I’m old and been around a long time. And, I suppose that’s the point. No matter the age, clients buy in to people and brands.

LBB> What have been some of your favourite campaigns to work on?

SA> Being around a long time means I have been fortunate to have been involved in a number of great campaigns around the world like Tesco Clubcard, Microsoft and plenty of digital world firsts for O2. I think what unites them is a few ingredients. A client/agency team coming together in harmony to produce something they passionately believe in and risk their reputations on.

LBB> You’ve spent some of your career in London. How was your time there?

SA> My first creative director at SSC & B Lintas Sydney said at some stage in your career you had to have spent time in London. He was right! Every minute of those 25 years was a blast and that wasn’t just my work time!

LBB> Why did you decide to come back to Australia to launch your new agency?

SA> I left Sydney at an early stage in my career and continued it in London and New York. I had been working with Bram [Williams, business partner] in New York and it was a lot of fun and we produced some great things. We felt it was natural to return home to continue our role here.

LBB> What do you look for in a business partner? Does Bram Williams tick all the boxes?

SA> Two guys from strategy backgrounds which wouldn’t normally work together managed to land the only NY agency onto the Valspar paints pitch roster, be the first to put a paint brand on to a US shopping channel, worked with Cindy Crawford, the Economist and AXA insurance whilst enjoying a lot of laughs in the process. So yes, I think I can safely say he ticks all the boxes.

LBB> What pointers would you give budding entrepreneurs hoping to launch their own agency?

SA> Have a point of difference and make sure you have worked with your partners… or at least be able to drink with them!

LBB> How difficult is it to succeed in adland at the moment and does it mean you have to lean more on creative strategy then ever before?

SA> Whether it’s a recession or GFC I think to succeed comes down to a few things. Great chemistry, great strategy, great creative, great results!

LBB> What’s the best piece of career (or life) advice you’ve ever received?