Head of Planning, Saatchi & Saatchi Singapore on advice from John Bartle, why the best strategies start out as a joke and why planners can’t hide behind PowerPoint 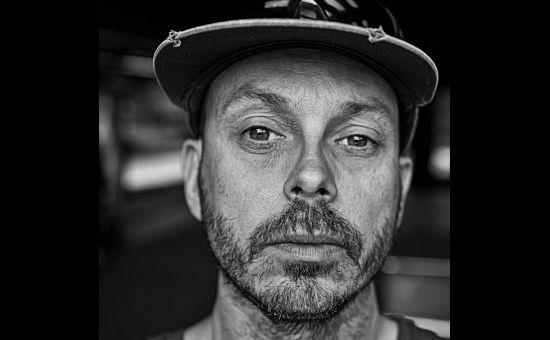 Steve Walls first rocked up to Singapore in the late ‘90s when he was a young up-and-coming planner. After over a decade building his career with impressive roles such as BBDO Board Planning Director for North America and the Global Planning Director on Smirnoff at JWT, he returned to the island city first to head up planning at Ogilvy & Mather before moving on to Saatchi & Saatchi Singapore in February this year. In his absence, Singapore’s ad industry has carved out a strong identity for itself. And just as Singapore has evolved, so too has the role of planning.

LBB’s Laura Swinton caught up with Steve to learn more…

LBB> What was it about the role at Saatchi & Saatchi Singapore that appealed to you?

SW> I loved that the agency has a really simple focus. Win business based on the quality of the work that we do. Create a reel that speaks for itself.

I loved the quality of people that had been attracted by that philosophy in the last 12 months.

And I loved that Saatchi wants to be one of the agencies that moves Singapore from Hub to Hive --- from a place that’s great at pushing work out across SEA to one where you come for the best ideas in the world.

That means concentrating on making better ads than the people in Europe and the US.

I liked that simplicity.

LBB> And going into the new role, what are your goals and ambitions for the agency?

SW> I want Saatchi to be the place where people do the best work of their career. Both agency people and clients. I know that feels very simple but having real pride in the product (rather than real focus on the process) is what this is all about.

So yeah, I want the world to see the care and craft in our advertising and for the people in the industry to think – those guys seem to be getting all of the good briefs and brave clients

LBB> I was interested to see that you’d spent time in Singapore in the 1990s and then returned to the city over ten years later, to join Ogilvy. How had the city’s ad industry changed or evolved in the decade or so that you were away?

SW> The industry has gone through a couple of really big changes. The start-ups in the 90s were ‘hot at home’ agencies opening new offices in Asia. I was with BBH, Fallon came in while I was here.

Now the new agencies tend to be people who have worked in the offices of the legacy agencies here in Singapore and have decided to do something else instead. They’re much more about new ways of working than new dots on a map. It’s exciting.

LBB> Singapore’s a funny city, and many advertising people who have worked there tell me it drove them a little bit crazy. Does it deserve its reputation for being a bit dull or are people just not looking hard enough? What do you do to keep yourself energised and culturally enriched?

SW> I think that the only way to stay sane in any city that’s not ‘home’ is to avoid the expat ‘drink and whine over wine’ crowd. The city can feel very one dimensional if all you’re doing is expensive brunches and extended complaining.

For an industry full of creative people I see very little evidence of that creativity being applied to enriching the cultural landscape here. I know that people work long hours but Singapore loves the new, it loves novelty and it’s open to ideas. Why more ad people aren’t out there running music, art, film, theatre and clubs nights is beyond me.

So yeah, Singapore isn’t dull. Many expats in Singapore are. Especially advertising folks.

LBB> You spent some time working in Detroit at JWT. It’s another city that we’ve been having some really interesting conversations about. Recently there’s been a lot of hype about creative people and companies moving in to take advantage of cheap property and creating a new scene. It also looks like existing agencies that service the auto industry have been pretty active in encouraging this. What was it like as a place to live and work when you were there? And do you get the feeling that it has the potential to fulfil this vision of it as a hub for the creative industries?

SW>  I’m not a Detroit expert by any stretch of the imagination but in many ways it’s the un-Singapore. A city that’s suffering terribly and fading fast that’s attracting ad people who want to take real action. There’s a belief that Detroit can’t be saved by a grand gesture, or big idea but by a 1000 small ideas and I’m proud to say that the ad creative community is right at the heart of a lot of what’s happening. Toby Barlow (Team Detroit’s Chief Creative Officer) should be mayor… he writes, he campaigns, he has businesses in the city, he lives in the city and he’s determined to make a difference. And it’s not just him, I look at people like Single Barrel Detroit too and it’s good to see more than urban dereliction porn coming out of the city.

LBB> I see that you spent a bit of time helping to develop IP and product ideas as a ‘Senior Inventor’ – what was that experience like? And has the experience helped you in any way since returning to the agency world?

SW> I’ve been involved in three innovation companies now and the one thing that it’s taught me is that stimulus and signalling are everything. You need to really clearly signal to people that this is a space where different rules apply and where deviant thinking is rewarded. So venues, set up, décor, music, mood and energy are all key. Then of course you need to help people have ideas of their own – not ideas that match what you have in your head.

It’s all about generosity in the end. Giving people every scrap of information, every bit of assistance that you can and then trusting that between them they’ll have ideas that you could never have gotten to.

It taught me to trust that people will get to answers, and it’s made me a bit of a workshop queen. I tend to leave each day with the scent of marker pen fresh in my nostrils.

LBB>Where are you from originally and how did you get into advertising?

That’s a really long story. But I begged basically. Just kept applying until someone relented

LBB> I’ve been doing a bit of research – well, stalking your LinkedIn page. I saw that you were a DJ whilst at university – what sort of stuff did you play? It occurred to me that the ability to scope out the vibe of a crowd and figure out how to get them dancing might mean there are a few parallels between DJing and planning. What do you reckon? Or am I reaching?

SW> It’s a reach… but I was involved in quite a bit of stand-up comedy and with comedians and there the skills are parallel. Find out what’s true, approach it from a fresh angle, serve it up with an energy and sense of wonder that changes the way that others view the experience.

That sounded really dry. But a lot of the best strategies start out as jokes.

LBB> Outside of the industry, who are your creative heroes and why?

SW> I tend to love people who exist on the fringes. There’s an amazing group of people in Montreal called Glam Gam and they manage to sit somewhere between Pink Flamingos John Waters and Neo-Burleseque – I love the way that they refuse to accept taste, or definitions of what’s attractive as a start point. You have to see them if you’re in Canada.

Similarly I love a lot of the queer fashion that’s going on in that city – the whole Rue’d Fashion movement that people like DYDH are pushing.

I love Molly Crabapple too. It’s a big leap from Dr Sketchy’s to the artist of the Occupy movement (and beyond) and I love watching her just expand to fill more and more space.

LBB> And do you have any words of advice for anyone trying to get into planning?

SW> Try to be useful rather than clever.

Remember that the creative department is your client, serve them first.

Don’t be afraid of the obvious.

Don’t be afraid of the simple.

And if you want a job be prepared to show that you can make a difference. I always ask candidates to show me something that exists in the world purely because they decided that it had to be created. I don’t care much about what else is on the resume, I’m looking for people who see an opportunity and are driven to see it through.

LBB> From the outside it looks like the role of planning is changing considerably. Behavioural insight and activation are becoming ever more central to creative ideas and there are more tools than ever to monitor trends, tastes and behaviours. Plus the concept of ‘effectiveness’ is something that clients seem to have really latched onto. Where do you see the role going?

SW> I think that planners are going to have to have a better handle on what motivates a change in behaviour. After all that’s all we’re ever looking to do, change a person’s behaviour. So knowing the theory, getting your head around the literature and being able to explain WHY the agency believes that a piece of work is going to work is key. John Bartle once told me that the role of the planner is “to sell the work the first time” and it’s taken me 20 years to see how right he was.  The planner offers the safety net that most people want before taking a leap of faith. You have to be able to show that what you’re suggesting makes sense at some level, if only in theory.

And then of course they need to bring a point of view that adds options for the creative team. There’s no point in having a planner that cut and pastes client briefs into agency templates. Or planners that hide behind PowerPoint and theory. Bring a fresh point of view or don’t bother at all.